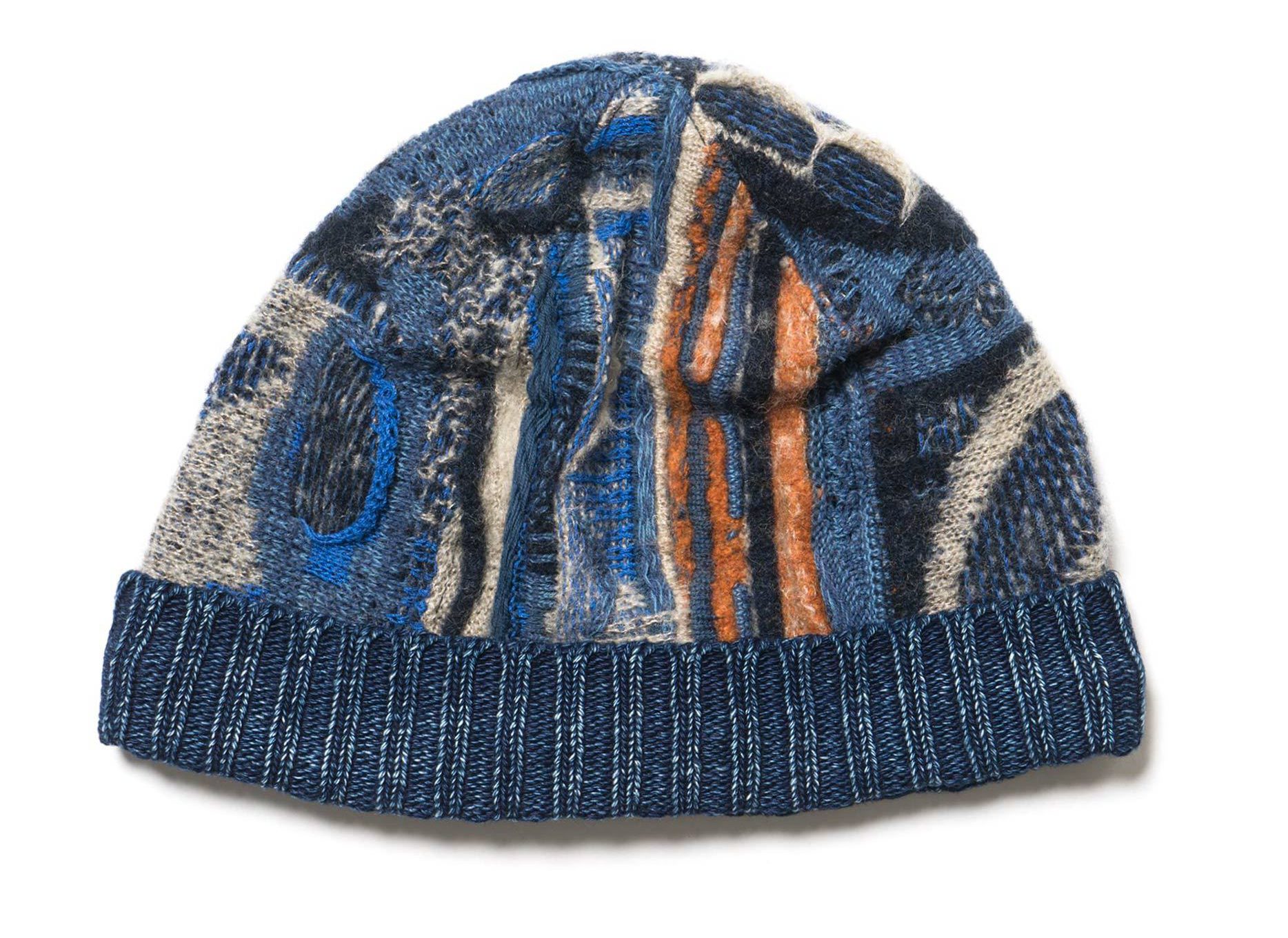 With the stylistic posturing of a poorly wrapped pass-the-parcel, this hat has just dropped at Haven. As head-piece-fuck-shows go it’s impressive and Kapital fans will already be warming up their Paypal accounts. Nutso obviously. But, like, in a good way.

That it looks like the something you’d find at a crime scene (trawlerman savaged by werewolves?) is immaterial. What remains entirely material is the mix of 45% cotton, 33% wool, 13% acrylic, 9% nylon gnarled together to created this boro effect. You rarely see this kind of thing attempted outside of workwear jackets and jeans – unless of course you’re already a Kapital aficionado, in which case I won’t be telling you anything you don’t already know.

Either way, it’s an oddball effort. One that in my view is more than worth the 139 currency units demanded of it. I’d keep the rest of your rig-out simple and let this head-mounted porridge of yarns and erosion do the talking. Although what it’s saying is unclear? Have you recently escaped slaughter at the paws of mythological creatures? Or are you just a self-consciously prickish media professional who requires obscure imported beanies to make sense of who you are? Only you know the answer?