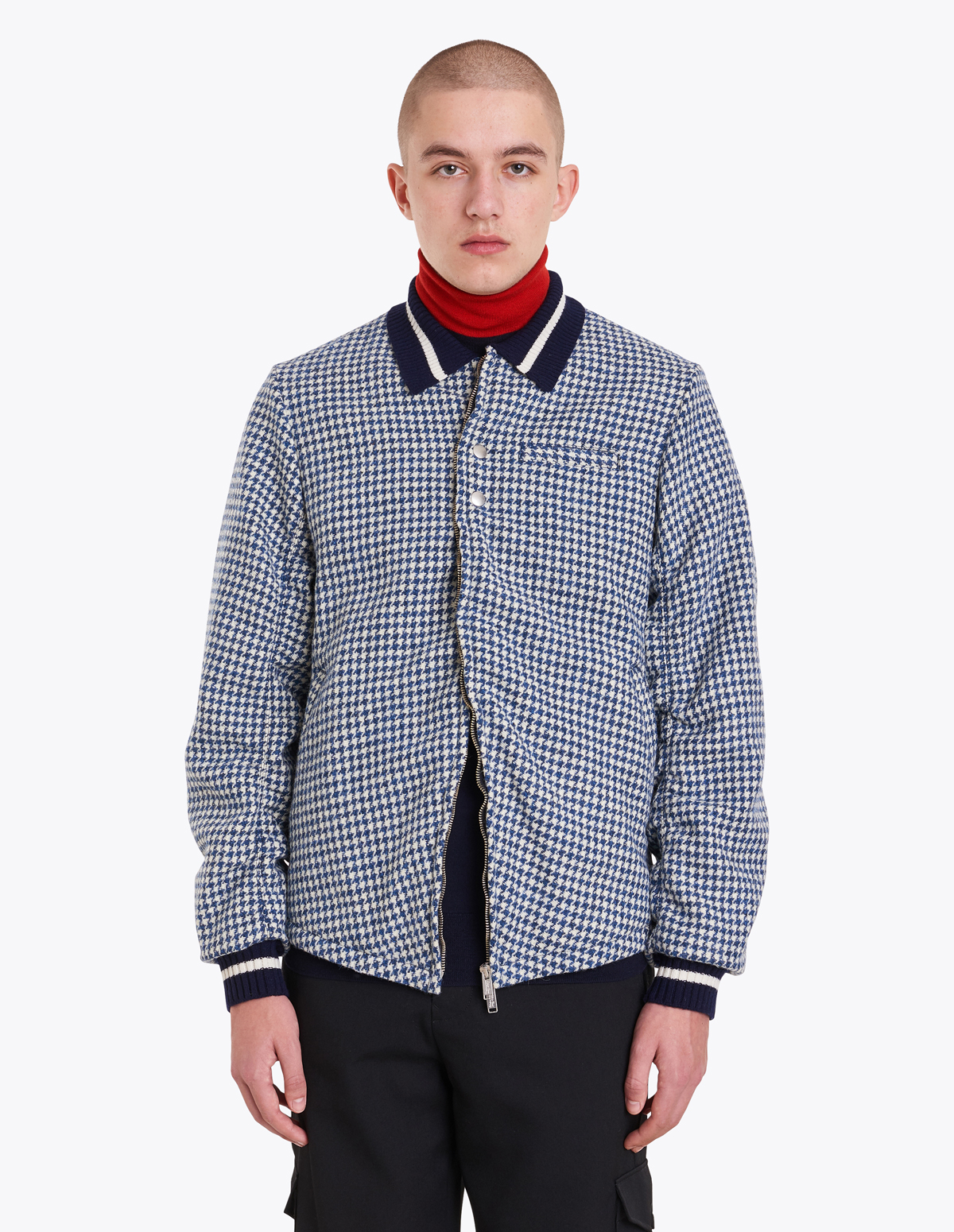 Who the hell does this dude think he is? Look at that robust hairline. Look at that implacable stare. Shit, this guy knows he’s modelling for Très Bien and he’s modelling as though his life depended on it. No ambiguity, no whimsy, just raw modelling – literally standing straight while wearing a thing. That takes some mad skills.

That said, it doesn’t hurt that he’s  got that banging Undercover jacket thing on. In fact, take that away and he’s just a bloke, looking out your screen, probably feeling as awkward as you do.

It’s an interesting piece this though. When I first saw it, I wasn’t convinced. But I’ve come around; I think it’s the oddball marriage between something that looks a bit heritage and the ruching on the sleeves and back. It looks a bit wrong, a bit mishandled, it’s kind of ugly-sexy.

I particularly like the way that it can be zipped up, or, as is so effectively illustrated by our power-model here, just held together via a pair of snap buttons. You could argue that deliberately designing a jacket to be worn just done up at the top (in the way so many already do even with access to a full compliment of buttons) is a bit wanky. You could argue that. And to be fair, you might be right, but today, if I’m honest, I don’t have the energy to conduct a debate around hypotheticals with myself.

Being from Undercover you may already be anticipating a deeply invasive pricing policy. And yes, this boasts a significant swing ticket. You’re looking at £1160 for a slice of this. Which is obviously ludicrous. Looking into that model’s eyes, I think he knows it too.