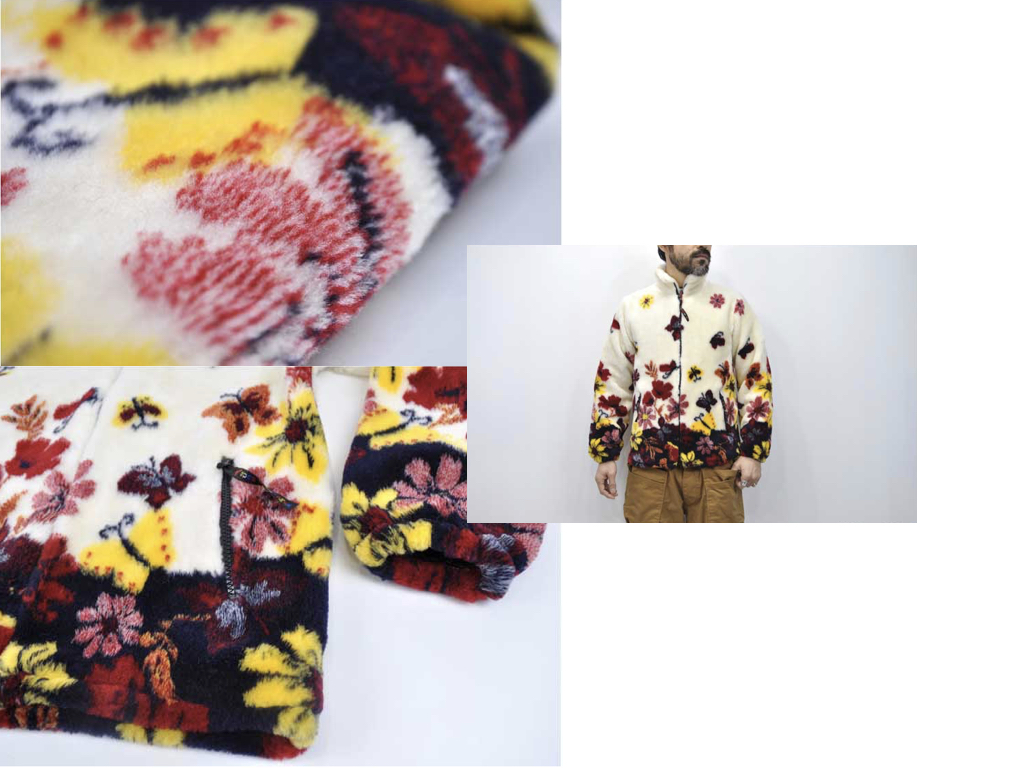 Cloth based metaphors for being just a lovely cuddly chap rarely come more profound than this. Taking the robustly masculine outdoorsman fleece and splatting it with dancing butterflies and beaming flowers makes for quite a statement. Even the most misanthropic sneerer would crack a smile at this. Only the Japanese could conjure up such candid and unreserved a creation. Or so I assumed.

I spotted this over at Chicken Shack, a Japanese purveyor of all things Nepenthes, Niche, Wild Things, Tigre Brocante and their ilk – workweary, rural, bleeding edge. But this piece is from a brand called Farfield Original, who it turns out hail from the market town of Sedbergh in the Yorkshire Dales. So, I thought, fair enough, it’s made in the UK, but that absurd design must have come from Japan. They must have been specially made for the eastern market? Again I was wrong. I checked out the creaky Farfield Original site, and they only go and sell them here in the UK for £71.50.

Having examined some of the other Farfield designs (giant photorealistic prints of dogs and cats, owls, otters and snowflakes) I’m starting to think I’ve been duped into thinking something is cool simply by its appearance on a Japanese website. The full range actually looks like the kind of wackery you sneer at on a mummy-wear market stall. On Chicken Shack they say they’re unisex. On Fairfield Original they’re in the women’s department. Having said all that, I still rather like this. I genuinely think I’d give it a go. I must be even more of a lovely cuddly chap than I thought.