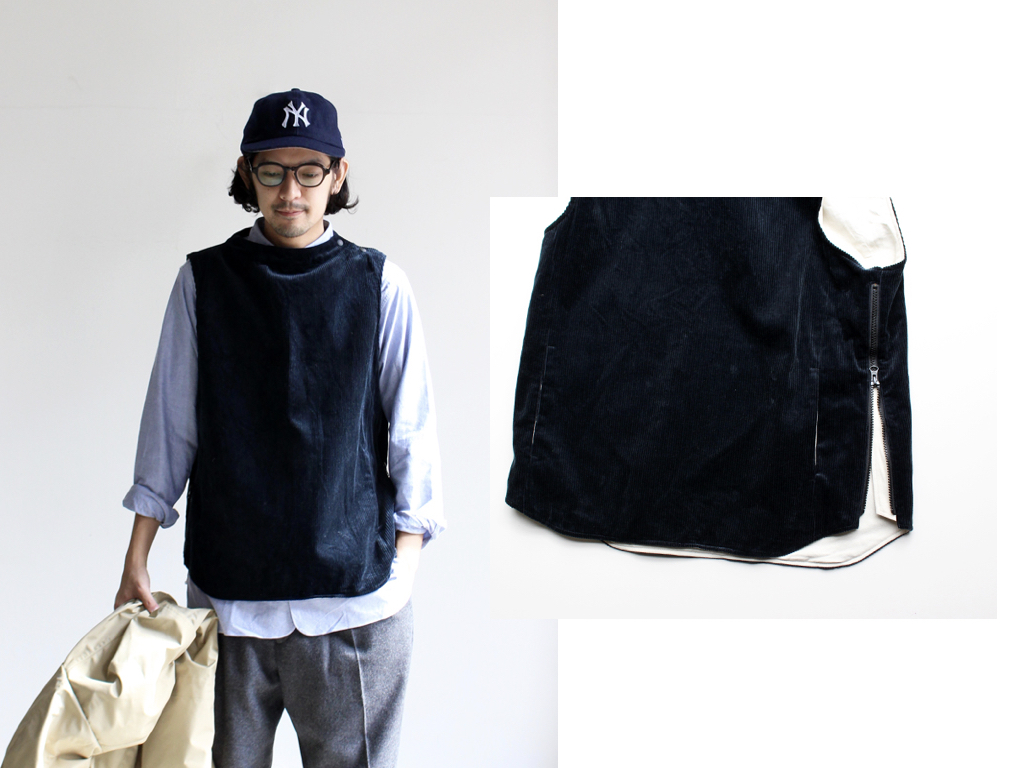 When I was young they were tanktops. Now they’re popovers. Or pullovers. Or just vests. Tanktops they are not. They’ve got zips and poppers on the shoulder, they’re rendered in a huge variety of fabrics and if you spend much time poking about Japanese menswear e-tailers, you’ll see they’re everywhere. These corduroy numbers are by the brand Ohh! Nisica and they’re strong.

Yeah, yeah, I know corduroy is allegedly having a moment. But forget trend cycles, these popovers are 24/7, 365 savage. The round neck is essential – v-necks don’t quite have the feels. The aforementioned zip and poppers elevate these from 80s school yard uniform to extinction level event. And the corduroy? Simply put, cord is always king.

Coming in navy or brown, you can grab yourself one of these from Strato for a mildly punishing £173. That might seem a bit heavy for a sleeve-lite cord number, but from a practical perspective, they’re aces for layering out the cold, and from a stylistic position… well just look at the dude above? He’s a guy who understands that sometimes it looks best to walk around holding a big scarf, even though he could just stuff it in his bag. You just can’t buy that kind of wisdom.