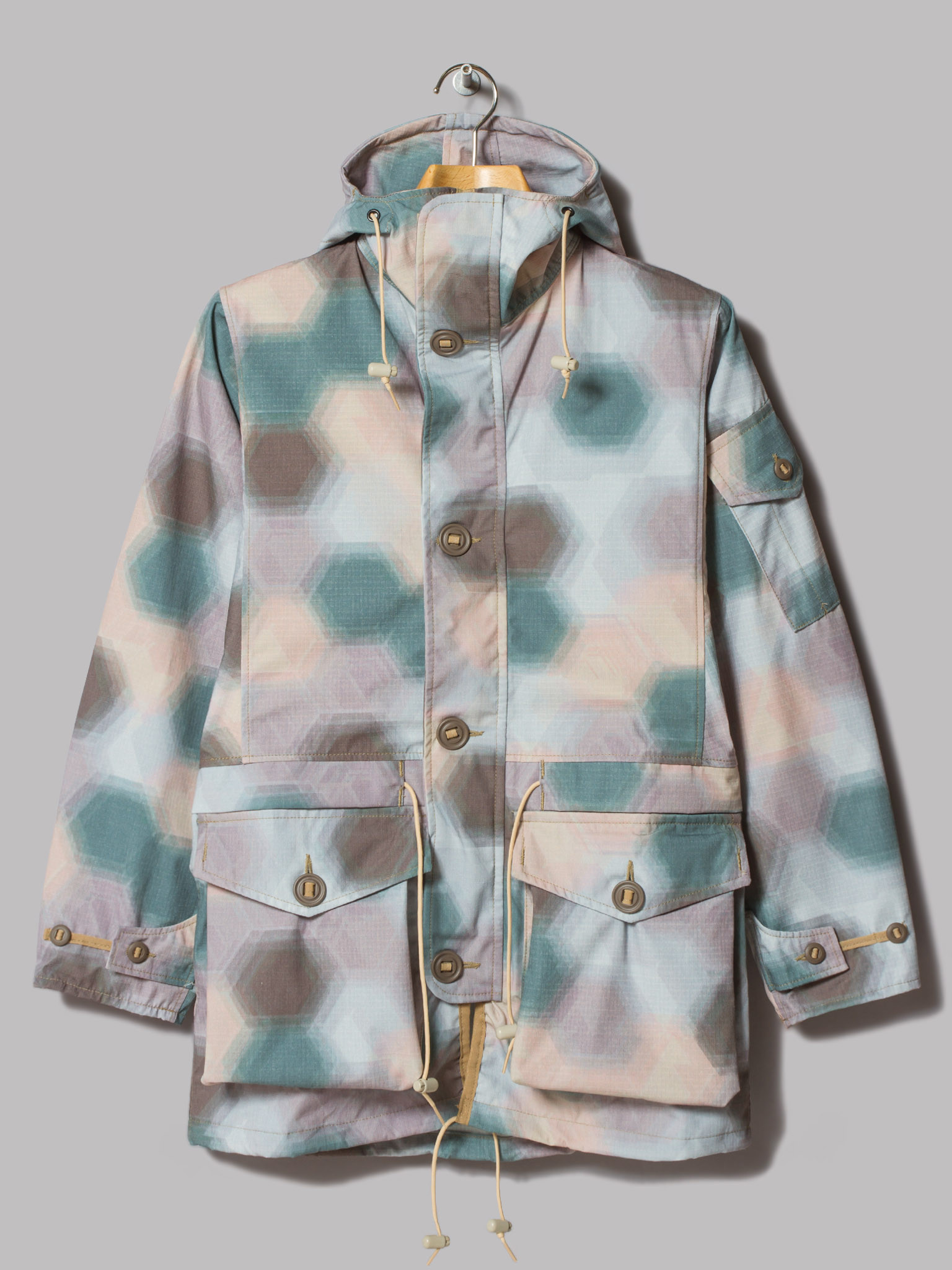 I’ve spilt words on Ark Air jackets before. Real military heritage, ripstop fabric, made to withstand yada yada blah blah… The hairy-faced merchants over at Oi Polloi are now knocking them out and this is the stand out. It reminds me of the giddy-brained party Joe and Ratso stumble around in Midnight Cowboy. It’s a psych rock compilation tape, but made of coat.

I guess, on a practical level, it’s supposed to camouflage you during combat. And assuming you’re planning a black op at a Grateful Dead after-party this is bang on. In general day-to-day wear you’d stick out like a wasp on a Greek salad.

Apparently, the hood has got wire in it, so you can form a shape and it’ll stay that way. Probably quite useful when you’re trying to take a kill shot in a Mozambique typhoon. Less essential when you’re drinking an almond milk flat white outside a Dalston eco-cafe feeling all self-conscious in a pink coat.