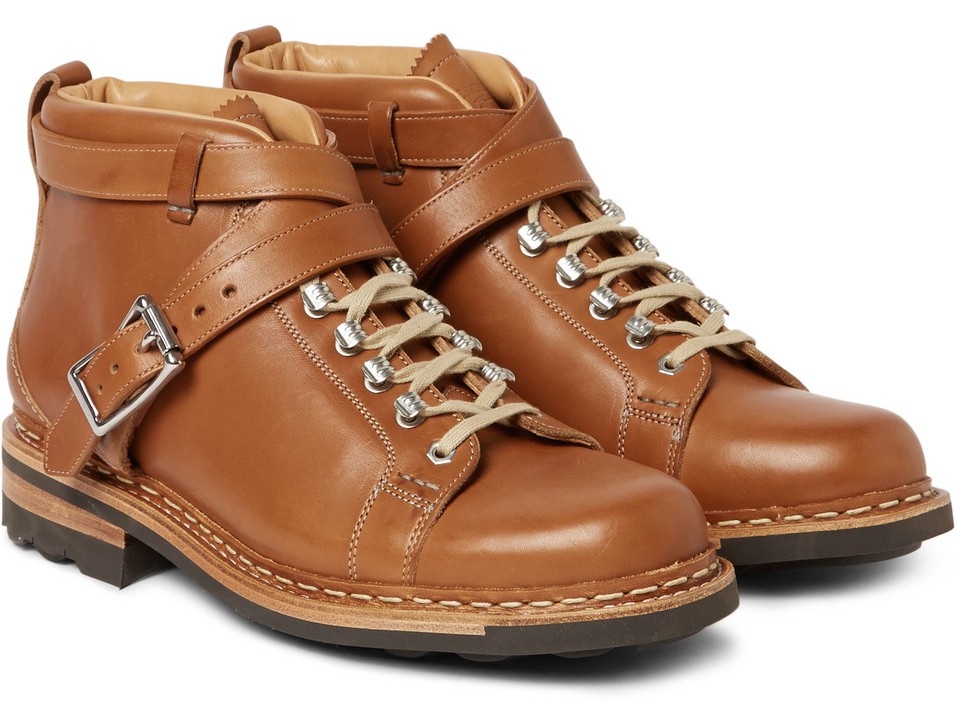 This handsome pair of boots is from one of those Mr Porter brands you’ve never heard of. They’re by Heschung. Don’t pretend you know them. Heschung is a brand that, in my head at least, is worn exclusively by millionaires from Belarus. That is to say, you’re unlikely to see a pair in the queue down Morley’s (‘Mmm, It Tastes better’). Of course, hypothetically, you could drop on these and debut them down at Morley’s, but why would you? No one down there has heard of Heschung. No one would give a fuck. You’ve have to buy and load of ‘Spicy ‘M’ Wings and give them away to people in the queue, in return for a compliment on your new boots. This whole strategy just seems flawed to me.

I can barely summon the energy to detail the details of these shoes you definitely can’t afford, but for the sake of completism: they’re made in France, they’ve got buckled ankle straps, leather linings and Norwegian-welted midsoles. The wildmen at Mr Porter suggest you team these with, “a classic peacoat and dark-blue jeans.” Which is ironically exactly what the hoards of drunken office drones wear down Morley’s.