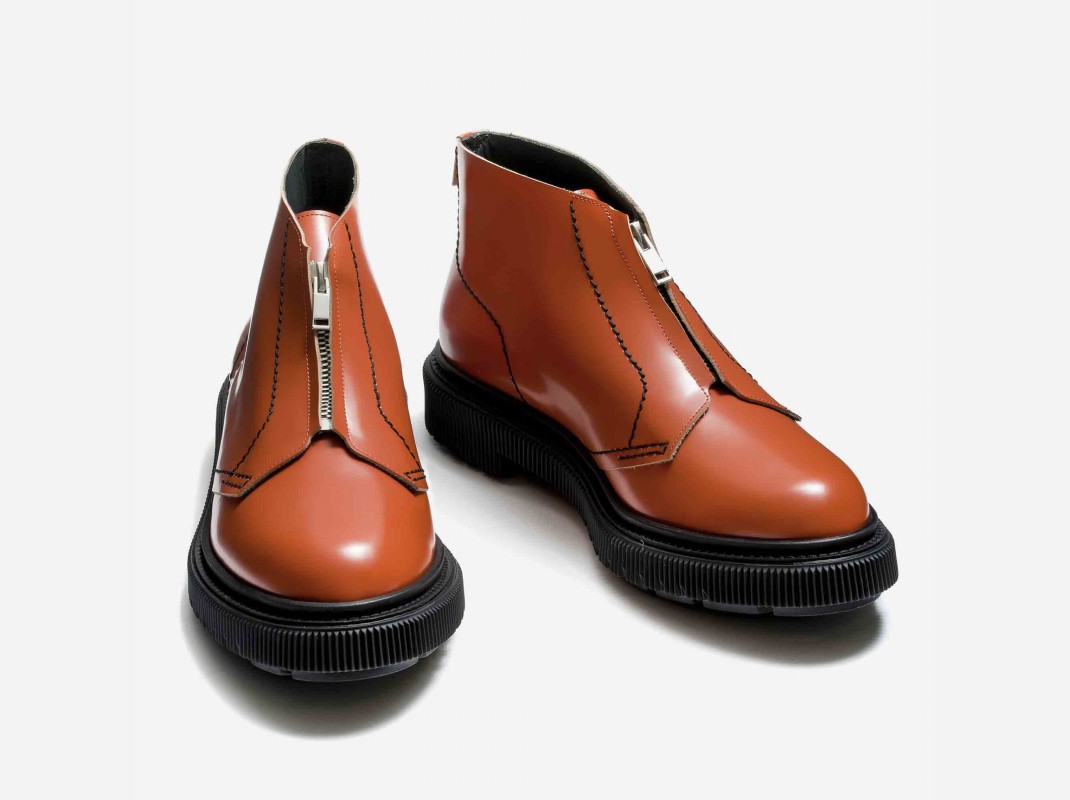 Those workweared up in customary orSlow washed cottons and crinkly EG denim might balk at these. They’re all a bit polished. A bit zippy. A bit farrrrshon. They’re not quite the kind of suedey, Japanesey, Clark’s reimaginings so often found on these pages. But open your mind brotherman. These numbers by French cobblers Adieu have a regulation chunky sole, a full-power orange hue and some brutal topstitching. This is an event shoe. These shoes are literally happening. Now. Or thereabouts.

For some the zip-up fastening will be an issue. Zips are perhaps the most divisive shoe fastening (velcro?) and one many will immediately dismiss as being a little too fabulous. Personally, I’m happy to accommodate a zipped shoe, but really it’s the heft of the sole that saves these for me, saves them from that undesirable west London daintiness most beloved of GQ apostles.

That said, if the zip is still a deal breaker, then take a look at this style.

Same leather, same nuclear glow, but laced. Really loving the contrast stitching on these too. They’re bold, no doubt, but I’ve got to say, I’m kind of feeling a shiny shoe as an upbeat counterpoint to matt cottons and wools right now. It’s probably just the impending winter gloom. That and my over reliance on Citalopram and scotch to get through these endless drizzle sodden days.