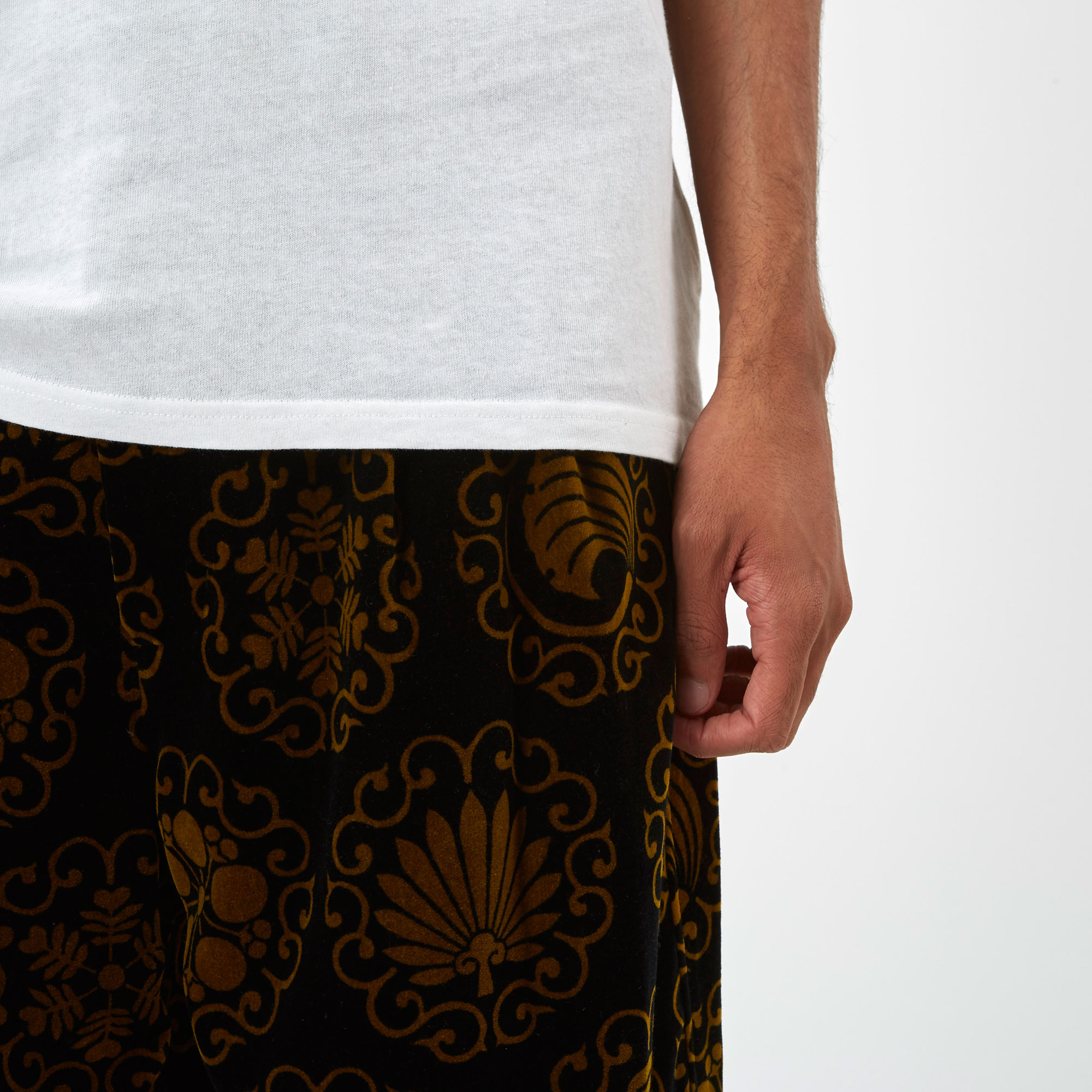 Velvet trousers? They’re all tinsel, yule logs and Cadbury Heroes no? They’re Christmas trousers and even then, only as a knowing comedic nod to the festivities.

Or are velvet trousers are still the preserve of a certain kind of Middle-Englander? You know the sort, Land Rover full of Terriers, Elgar on the organic stereo, wife called Poppy who’s on the board of the heritage trust. The kind of improbable, dragged-through-a-hedge poshos that populate Richard Curtis films.

Perhaps. But one look at these velvet trousers and it’s clear they belong in neither camp.

At £601, entry into this rarified world of absinthe dipped ball gags isn’t cheap. But rest assured, just like the chap pictured, you’ll only have to lop on a white tee and everyone within a five metre radius will be prostrate, begging for a stroke of your soft pile.