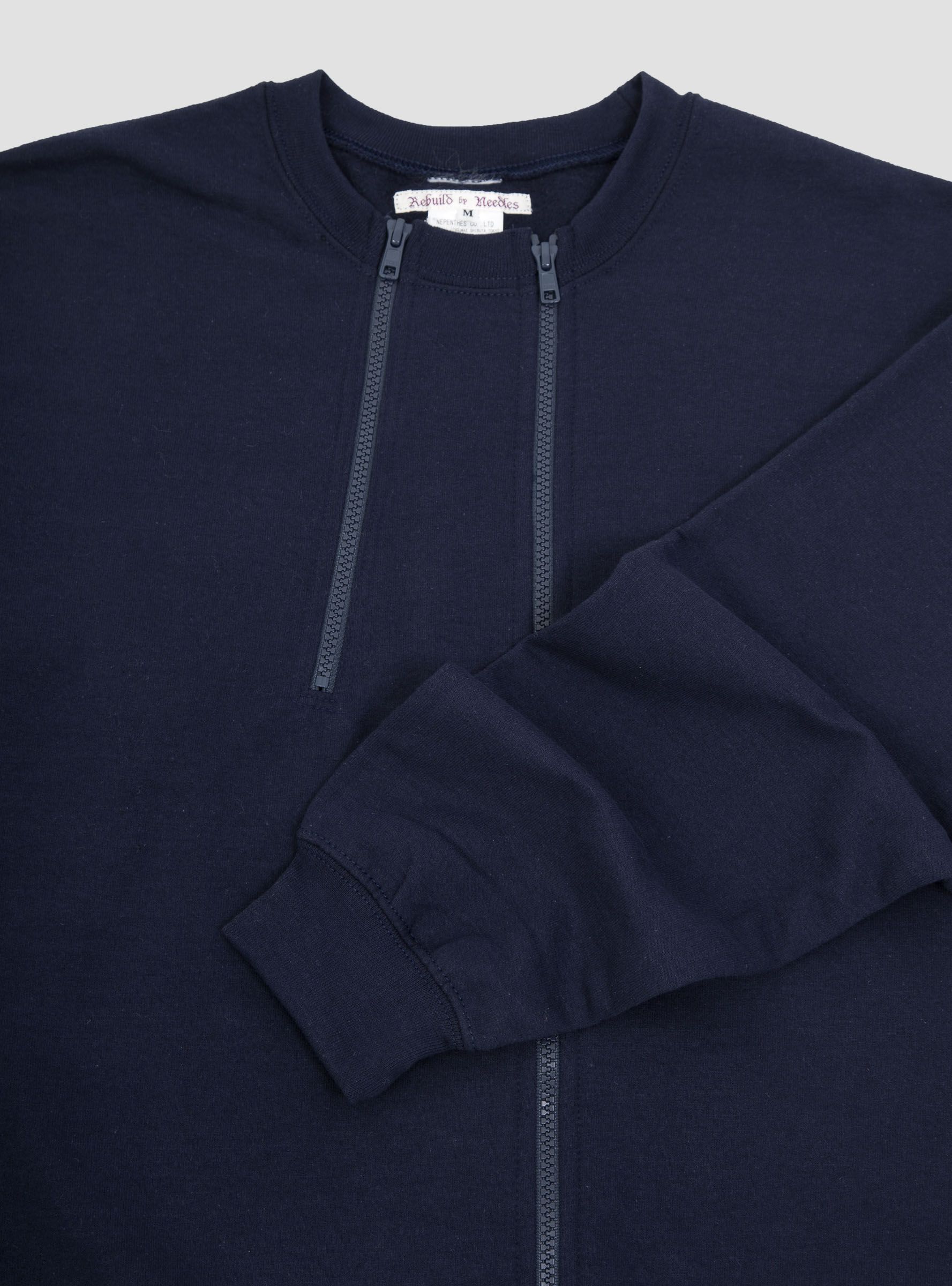 Okay. So you’re a regular guy. You want to look decent, you probably own a pair of APC jeans. You like the idea of getting into some more interesting kit, but you don’t want to look like a boxset of penises.

Looking like a try-hard is not on the agenda. But neither can you face the cheese-ball safety of uniforming-up in Ted Baker. Where’s the middle-ground? Where’s the entry-level fire? I’d say you’re looking at it.

This sweatshirt is from Needles Rebuild, the vintage-tweaking arm of Keizo Shimizu’s Needles imprint. It’s a navy sweatshirt and can, unsurprisingly, be worn as a navy sweatshirt – straightforward, over a tee, paired with some jeans. Nothing to terrorise any horses there.

Thing is, the pair of asymmetric zips up the front unlock a veritable Lament Configuration of opportunity. There’s no reason to expect a frenzy of sexual euphoria and torment as you gently agitate the zips. Rather you’ll discover you can open them a little to make your sweatshirt look a bit different.

Indeed, you could open it fully like a wonky cardigan, or just take both zips down a little, creating a pointless, but aesthetically pleasing flop of fabric around the collar. I could go on. The possibilities inherent to a pair of asymmetric zips like these is considerable. But I shouldn’t get carried away. This is an entry-level piece remember. I’m suggesting it for guys who want to take a step forward, not dive headlong into the savage nuance of styling obsessiveness. This is a starter piece to move a dude away from the shopping centre, into the independent landscape. Put simply, it’s for guys who have finally realised that All Saints is utter wank.