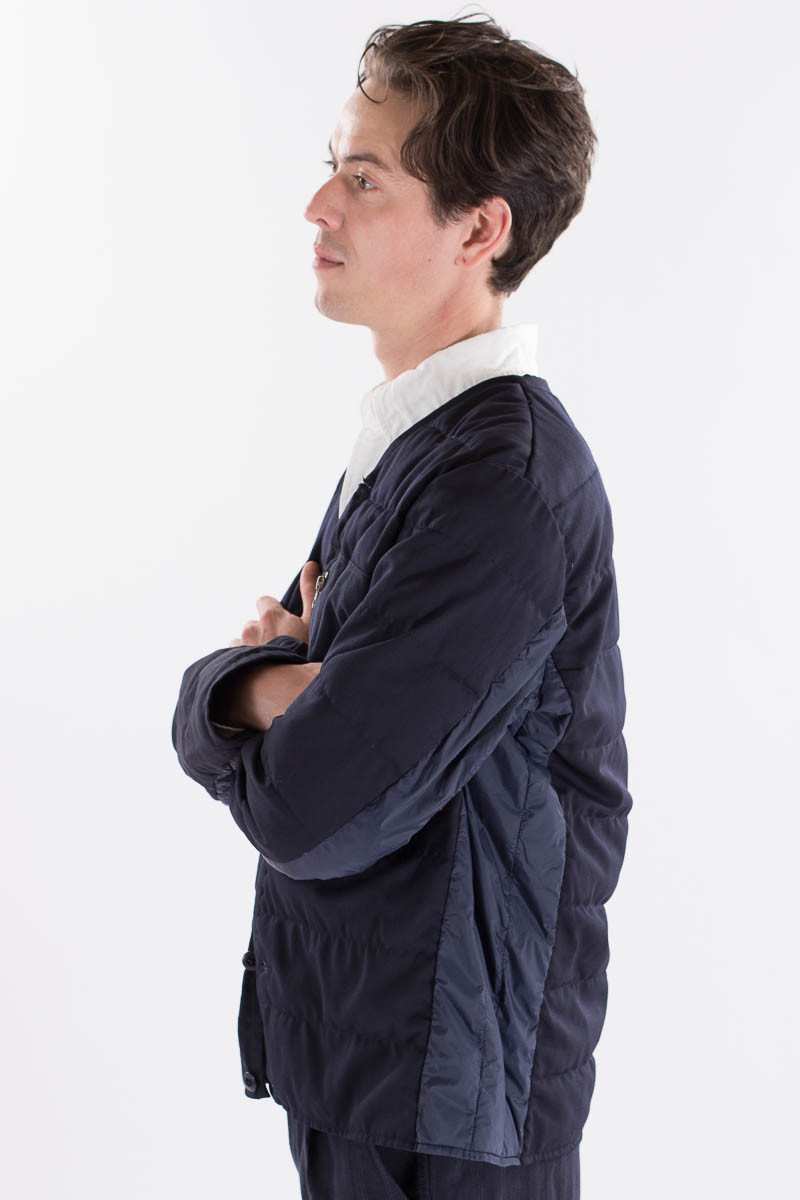 Google the brand Sage Dé Cret and you’ll be presented with the following:

“It has their own style, to wear in your own style. I will support the wardrobe of such men.”

Mutilated Japanese translation, yep.  Fundamentally meaningless, yep. And yet, from this moment forth, I consider myself “such men.” And if you check out yesterday’s drop of Sage Dé Cret at The Bureau, I expect you will become “such men” also.

Irrespective of the French brand name, Sage Dé Cret is Japanese and the work of director Kimitoshi Chida. As with so many Japanese brands, again we’re looking at a range that explores workwear and military influences, but there is an enviable level of finish, detail and substance here that elevates the products to the premier league.

This navy liner style jacket stands out. It’s not the most expensive piece in the range, but the tonal side panels and dominant zip lend a modernity to proceedings, and crucially, Chida resisted the temptation to add more. The balance between old and new, traditional and progressive, is bang-on here, neither too gaudy, nor too dull – it is, to pillage the parlance of the day, a straight banger.

While liner jackets are designed to be frequently worn beneath another jacket, I’d keep this locked on the outside. It’s a show piece. It’s for men who sip rhubarb cordial in cafes made of smugness. It’s for men who make a living stealing ideas from Facebook videos. It’s for men who roll their eyes at people wearing Champion. It’s for such men as these.