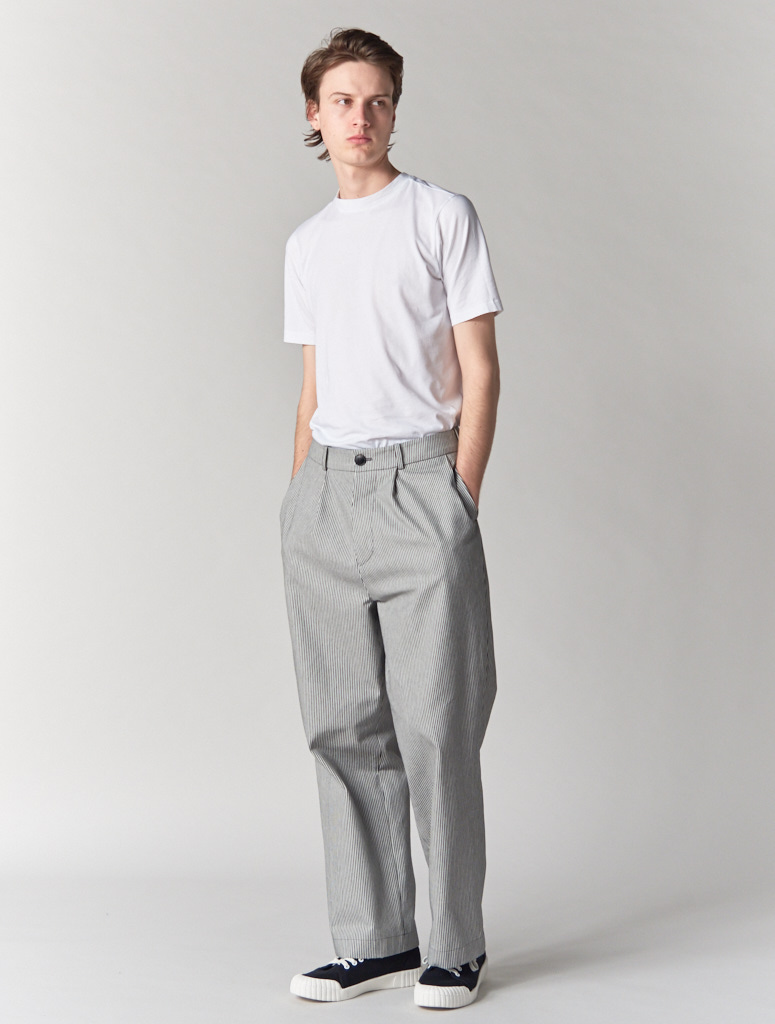 Short-legged men I know tell me wide trousers are off limits. Their comparatively diminutive stature when paired with a giant pant, results, so they tell me, in a significant truncation to their elevation. In other words, they look short and wide, as apposed to just short. Of course, it’s just an optical illusion. Their bodies are the same, it’s just the volume of trouser in play has significantly increased.

The weird thing is, I’ve heard the same hesitancy around wide trousers from tall men. The most frequent reasoning being that, “baggy trousers on tall men just look stupid”.

Not sure I agree with either camp. The wearing of a trouser, frivolous in fabric allocation, is one of the fundamental rights of a gentleman. Upstairs it’s feigned nonchalance, downstairs it’s Hammer time. If a man can’t stride about boasting a pound or two of superfluous fabric in his trews, then really, what is being a man all about?

Finally convinced that wide trousers are the way forward? Good man. In which case, you’ll probably want to dig out your Solo card and point it at OTHER/Shop. The retailer has championed a more generous lower-half for time and these black and white, finely striped, double pleat weapons are their latest.

100% cotton, horn buttons, made in England – what’s not to like? The sheer scale of these things? I guess, at this point, it could only be the raw majesty of the girth, the unapologetic bigness of the silhouette that might still put you off.

If so, that’s a shame. After reading such a hastily considered, superficial and fundamentally baseless argument, if you really are still in the no camp, frankly you’re just not the man I thought you were.