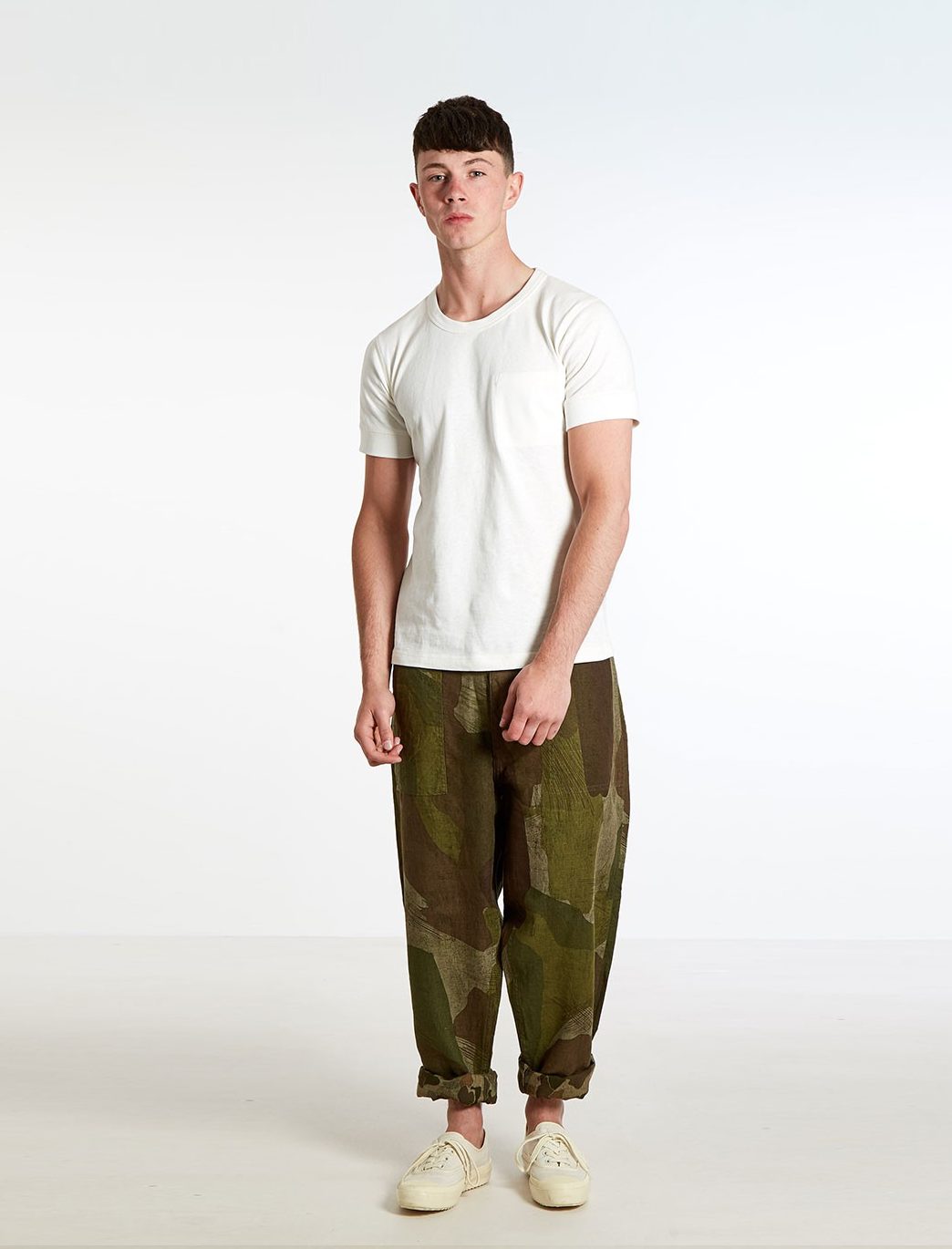 An extremely small number of people will be interested in this post. Which is a good thing. If we agree that mainstream, popular clothing is broadly bad. Then it follows niche, independent, small-run clothing is broadly good. By applying that idea to the editorial policy of this site, I conclude that content which is read by only few and ignored by the masses must be good. Hence these trousers. Camouflage (which will immediately put many people off) linen (which is good for only a couple of months out the year) and crucially, at sale time, they’re still full price at a demoralising £355. Success. This post is of interest to no one.

If you’re still here (and I do have a vague feeling, as I type, that I’m the only one who’s ever going to read this) then these catastrophically expensive pants are by Nigel Cabourn. Yes they’re linen, yes they’re £355, yes they’re so boldly camo that they won’t work with 70% of your standard outfits – get the feeling I’m trying to make you go away?

I don’t own any camo trousers myself. And probably because of that I’m quite drawn to them. You don’t often see the camo pant teamed with an unstructured blazer say. With maybe with some simple white kicks and a t-shirt. Maybe a bucket hat, some skis, a Batman cape, a surface-to-air rocket launcher… Jesus. I dunno, they’re £355, why am I even wasting my time?