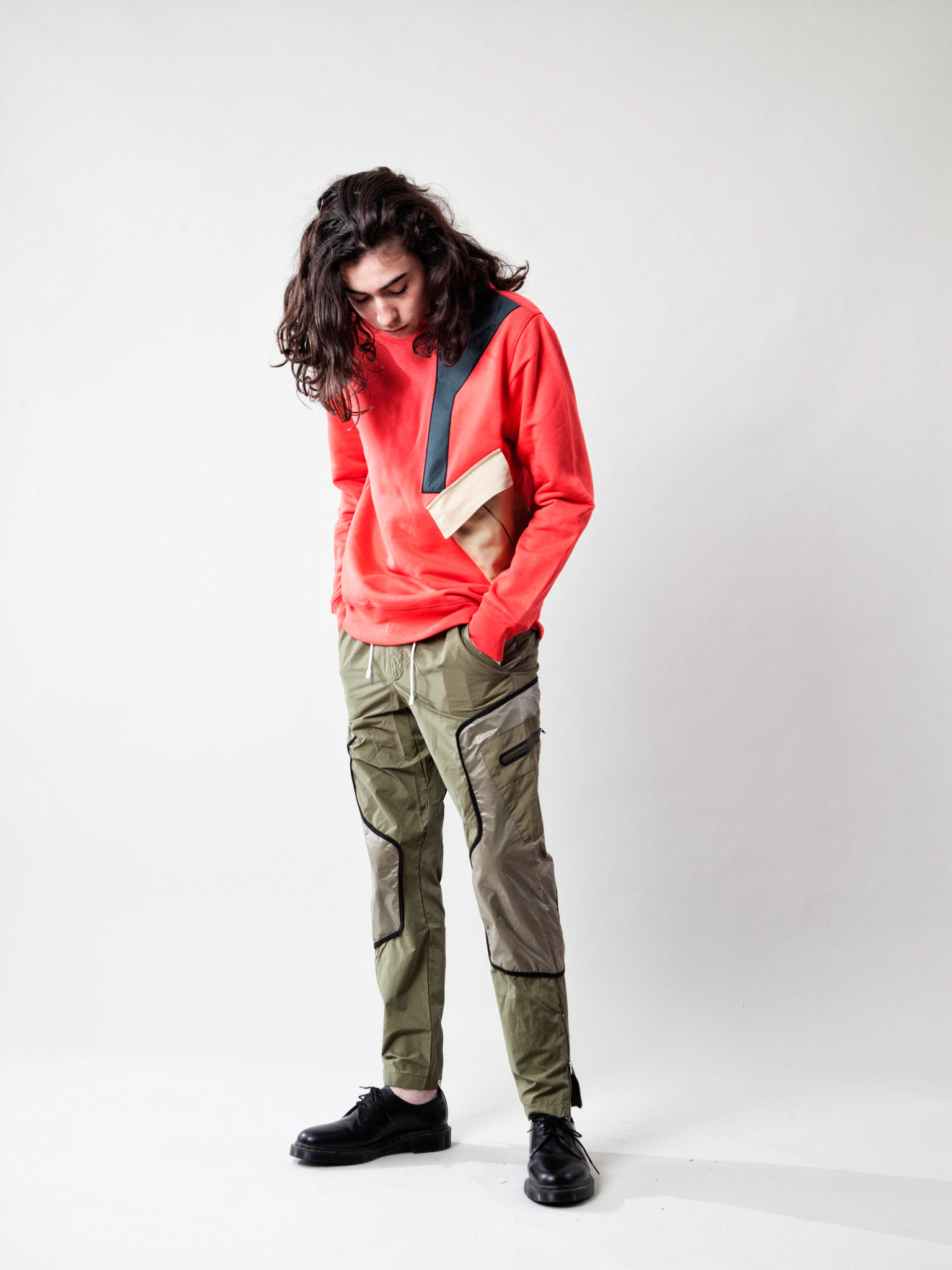 If you were designing a sweatshirt, at what point do you think you’d stop and think, yeah, that’s probably enough? Would it be when you’d attached a massive, wonky flap pocket on the front? Or when you’d stitched the phrase, “eliminate the noise” on the back? Would you still think it was missing something? An embroidered propeller plane and a tiger breathing fire perhaps?

Whatever the contents of designer Tim Coppens’ mind, I realise I’m far from knowing it. As you can see ‘boundaries’ are apparently just something that apply to other people. It’s red, with a big black shape. It’s got a massive tan 45 degree pocket. It’s got words. It’s got a plane and a tiger with hot breath. What it means, if anything, is open to a level of interpretation I’m frankly too tired to engage with. Suffice to say, if you like red, wonky pockets, planes and tigers, you’re probably pretty excited right now.

Your excitement might take a hit when I tell you it’s $475. Or 383 in less imaginary money. It’s not cheap. But suck it up. That’s that’s what it costs to wear the contents of Tim Coppens’ mind. Probably the only thing about this that’s not open to interpretation.