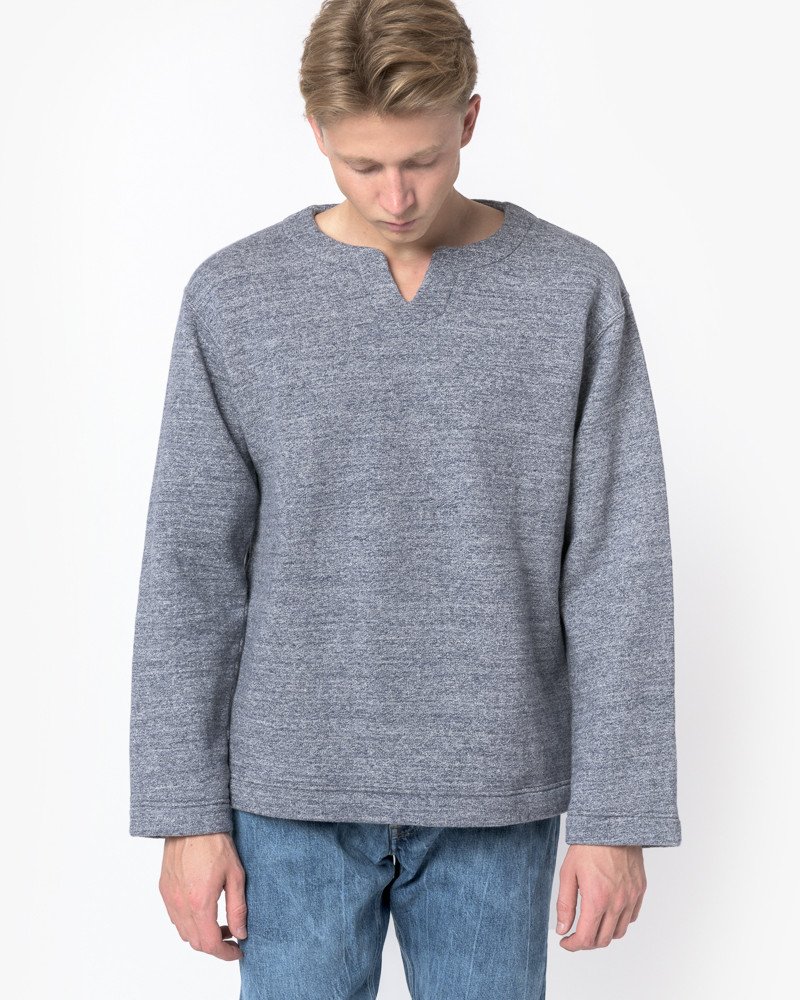 So apparently this is blue. It says so on Mohawk General Store, the site selling it. It’s not though. It’s grey. Maybe with a bit of blue, but it’s not blue. Not in the strictest sense of what words in the English language mean. I can however move past this grammatical faux pas and point out that it’s a pretty nice sweatshirt. I’m big like that.

It’s by the brand ts(s) which was established in 1999 and tends to err on the workwear style of things. In some respects it’s fairly nondescript save for a couple of details. Firstly, it looks mad oversized on this dude. I get oversized. I like oversized. But maybe I’m not getting the styling vibe here? From the belt upwards he’s being street snapped staggering out of a Vetements afterparty. Waist down, he looks like he’s off to a Bruno Mars concert. You can’t have it both ways brah.

Anyway, second detail is the cut out V at the neck. Traditionally, as is almost too boring to even point out, sweatshirts have a V shape stitched on here, or sometimes a complementary triangular fabric insert. Here, it’s just open, a hole; it makes for a mildly interesting neckline.

At just under 200 sterlinged pounds it’s a reasonable whack for a sweatshirt. And I have to say I’s wear a T-shirt underneath. That big boat neck is too much on the gapey, ‘look at my smooth porcelain shoulders’ tip for me. My porcelain shoulders are my own business.