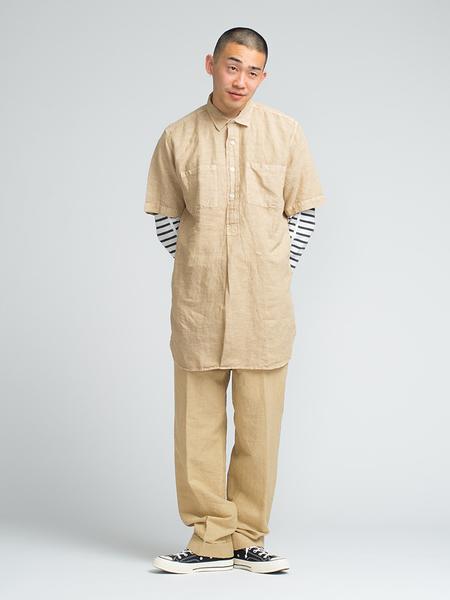 The looks illustrated are surely not about practical consideration – a ‘just layer up in anything to keep yourself warm’ ideology – Gentry isn’t about practical. And it can’t be a walletry consideration, not at Gentry’s prices. No, this is 1000% styling wizardry. And by ‘styling’ I mean ‘getting dressed’. And by ‘wizardry’ I mean ‘not wizardry.’

I mean let’s face it, it’s a short sleeved shirt over a long sleeved T-shirt. You don’t need me to tell you that’s a thing that clothes can do. You can buy these specific shirts and Ts over at Gentry. But hurry, they’re low on sizes, oh and I think they’re by Our Legacy, or one of those other brands that looks really like Our Legacy but isn’t. Alternatively just wear any short sleeved shirt over a long sleeved T shirt. Or don’t, I don’t care. I sometimes wonder why I don’t make any money out of this blog?