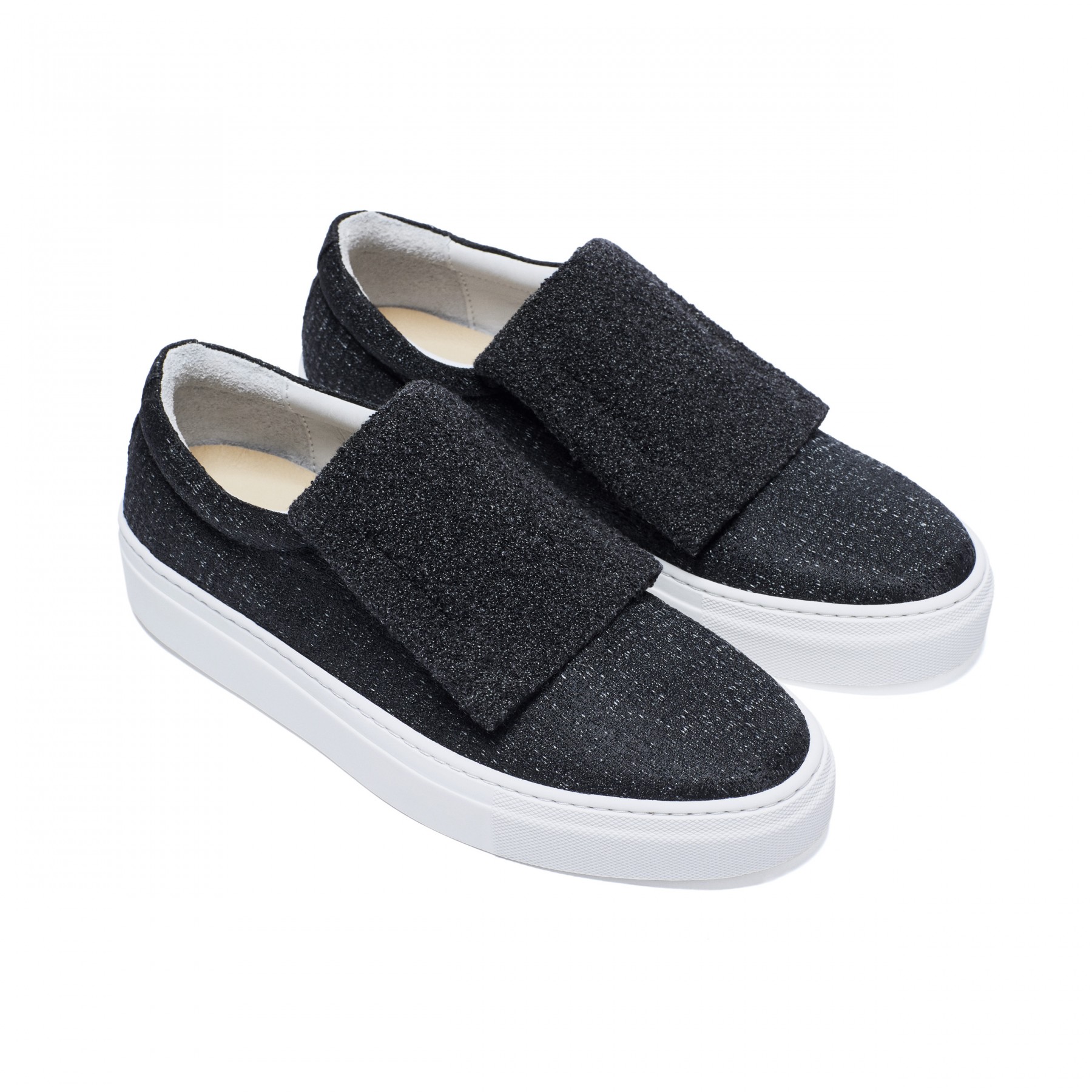 The sneaker brand Primury cropped up on one of those hottest ‘under the radar’ brands articles last week – here if you don’t believe. Thing is, they’ve been over the radar for anyone who’s visited Dover Street Market during the last couple of seasons. So over the radar in fact that both my girl and I have a pair. Now, just to be clear, I’m not trying to subtly intimate that I’m mad-ahead of the curve, or that I’m like massively on-point re: hype brands. Evidently I’m stating it as scientific fact.

To be honest… it’s not like the price points are heart attack territory. And to be even honester, I kind of backed into the brand, my girl clocked ’em first.

If you like what you see in the pics, expect to be staring down the barrel of 145 notes – these are a new AW16 colourway, black and white, textile uppered, and still featuring that prodigious elasticated tongue. All Primury styles are slip ons, I think their design mumbo-jumbo cites ease of getting them on and off, busy lifestyles… that kind of wisdom. I’m not sure I’ve encountered anyone so busy they haven’t got time to tie their laces? But no matter, personally, aesthetics-wise, I think they’re bangers.