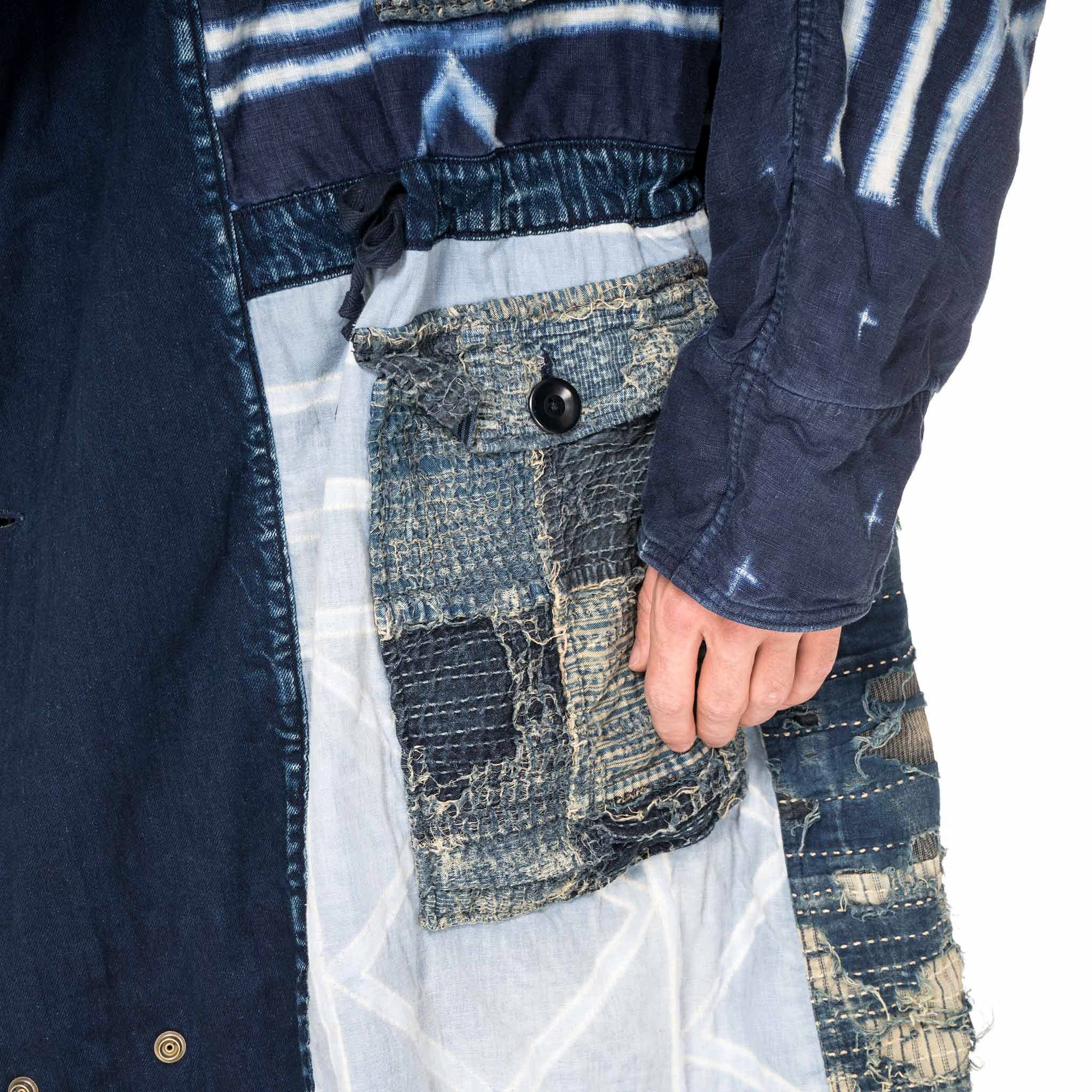 With the value of the pound dropping like weakly elasticated boxer shorts, I imagine it’s not your highest priority to spend £3760 quid on a coat from a Canadian webstore. Indeed, even putting aside the catastrophic exchange rate, dropping the best part of four grand on a coat is probably not what you planned to do today. And this position could be further exacerbated by the fact that, for some at least, this coat appears to have fallen of the back of a lorry on Mad Max’s Fury Road.

Of course, its Thunderdome on Spice aesthetic actually orginates from none-more-Japanese-Japanesists Kapital, a brand fully comfortable to mix traditional eastern manufacturing techniques, with a the worst excesses of a Glastonbury theatre troupe. And I say that as a fan.

This enormo-gown would place the wearer at the head of any gathering ‘mind expanding’ gathering – the Ace Face of the cheeba set. There’s Japanese Boro and patchwork going on, numerous natural indigos, drawstrings at the waist and hem and a bunch of giant pockets to carry the components of your custom built ‘Artificial Lung’ bong system. The happy owner of this bongo bongo madness will also enjoy the preposterously oversized hood. Perfect for convincing your ripped to the tits comrades that you are Satan’s emissary and you’ve come to rip out their souls. Well, it’s just a laugh innit.