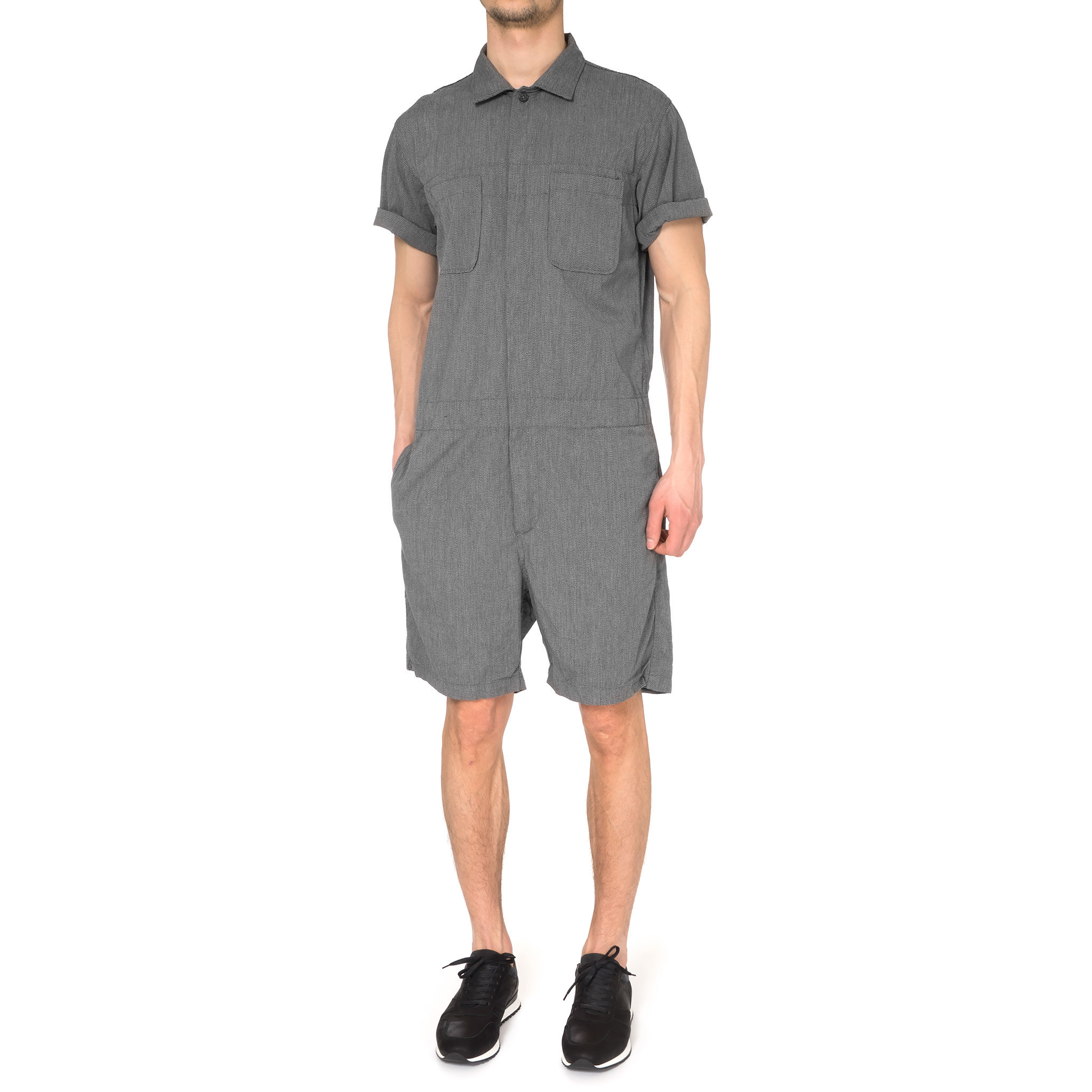 A friend of mine once wore an all-in-one like this. It was actually an underwear piece, a Calvin Klein pants and vest thing, all sewn together. It featured no orifices. Hungover one morning, we visited a cafe and halfway through our cappuccinos, he excused himself to nip to the loo. He returned shortly after, flustered, insisting we leave immediately. Turns out, in order to vanquish himself of plip-plop, he’d had to remove his shirt, unhook his stupid vest/pants thing and peel it all down to park himself on the potty. Sadly the door lock was malfunctioning and when one of the cafe workers barged in unannounced, they’d got an eyeful of my friend doing his business in the nude.

I can see the same issue arising with this Engineered Garments Combi Suit.

Although probably a more pressing issue would be that you’d look like a cartoon train driver. Or a character in a Playmobil Summer Camp set. It is, no doubt, a very specific look and one only advisable for the most charismatic and thick-skinned of bros.

It’s a cotton chambray piece, with, to be fair, a big zip up the front that would certainly enable a number one. There’s a drawstring waist and the usual array of pocketing. Utility, at least from the perspective of carrying stuff about, is well taken care of. I would just fear the impracticalness of, shall we say, other activities. Engineered Garments is the bomb. But sadly, this madness works for me on precisely no level.