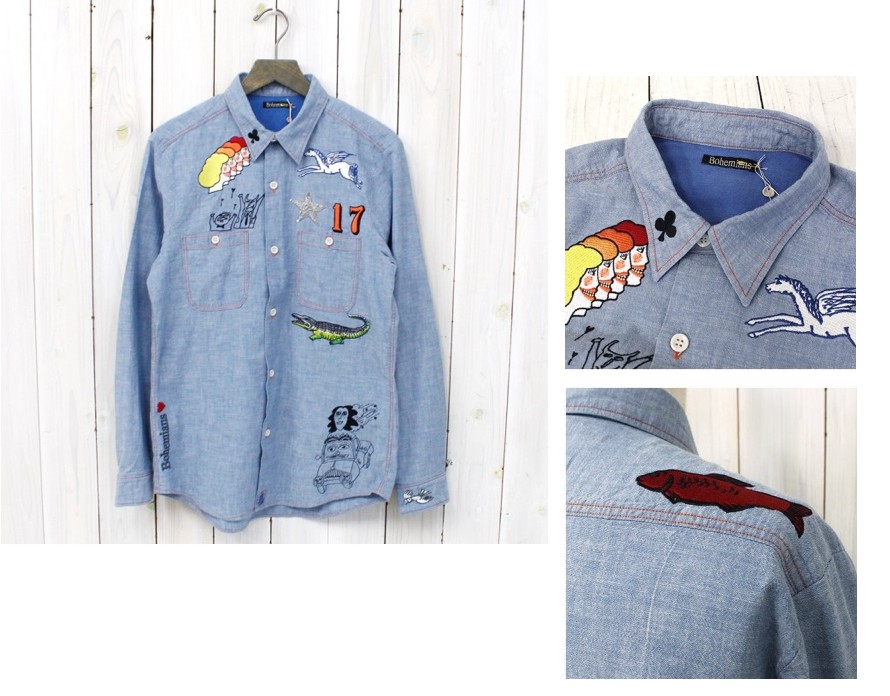 The idea of timelessness is menswear is a nonsense. Mainstream mags and sites are always ‘selling’ the idea of classics, the notion that this one navy coat, or chunky brogue will remain at the pinnacle of style for ten years plus. Thing is, as they well know, even simple navy coats are updated seasonally (shorter, longer, three button, four button, darker navy, top-stitching etc…) In total opposition to the basic-is-best school of thought, I think its often the bolder, one-of-a-kind pieces, the ones that don’t conform to seasonal tweaks that are more likely to stand the test of time. I can see me wearing this shirt as a grizzled 65 year old: kicking it amongst the Palm Springs art scene, tanned-up, balloon trousers, trying to convince a 16 year old DJ to play Public Enemy.

This, seemingly random, denim circus of appliqué and embroidery comes from Japanese lunatics Bohemians. You can grab it over at Reggie Shop for a (reasonably) reasonable 150 coins.

I’m particularly drawn to the crude Vic Reeves-eque scribble of the women driving a car. There’s a childlike joyfulness to it: seemingly more about the fun of creation than the end product. It’s a youthful attitude I hope to retain as I clamber around the Joshua Tree, my ageing forehead reddening in the aggressive sun.