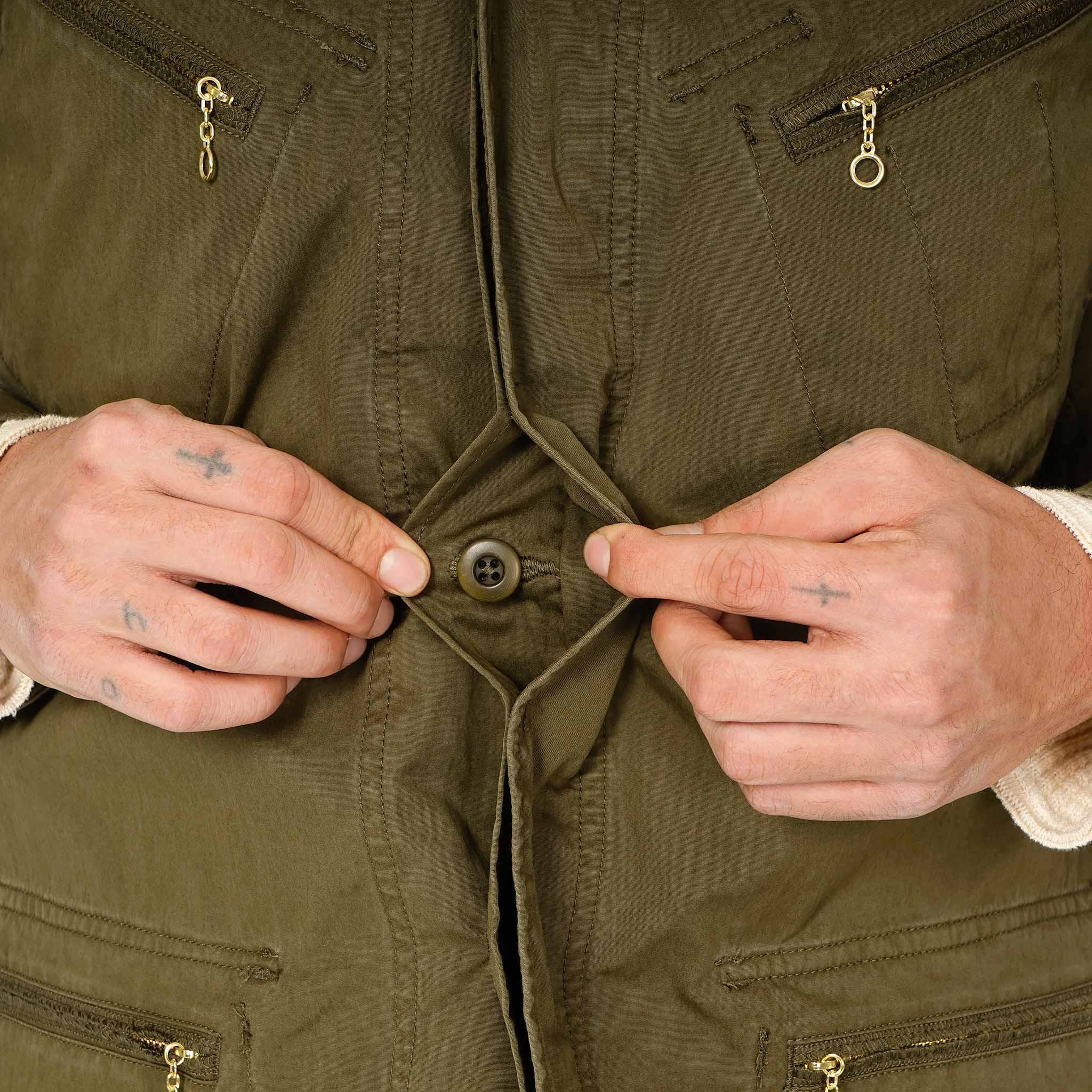 I make no apologies for posting yet another green thing. I like army fatigue style stuff. Soldiery olives and drabs offer an urban dwelling coward like me an air of militaristic danger. A bit of unhinged Travis Bickle. A dribble of apocalyptic Martin Sheen. You’ll never know what I might do when I wear this. I could choose griddled eggs on toast with morcilla black pudding sausages, or a date and vanilla compote. Anything could happen.

This is by Japanese loons Sasquachfabrix. A slab of warmongering cotton/nylon with a bunch of metal pull zips, a shawl collar and concealed buttons. Apparently you can access the pockets from both inside and out, which is useful for quick access to your Andy McNab novel.

It’s new season, so no sale value to be had here. It’ll run you just over 300 quid. Which depending on your perspective is either pretty reasonable or outlandish nonsense.

If you’ve got an interest in more obscure Japanese menswear, I would point out that this Sunday, Mr Porter and Beams are running an interesting sounding pop-up in conjunction with London Collections Men. It’s over at 74A Newman Street, London, W1T 3DB, between 12pm and 5pm, and features Aloye, Kics Document, Marvy Jamoke, orSlow, Teatora and Sasquachfabrix. You never know, there might be a bargain going over there.