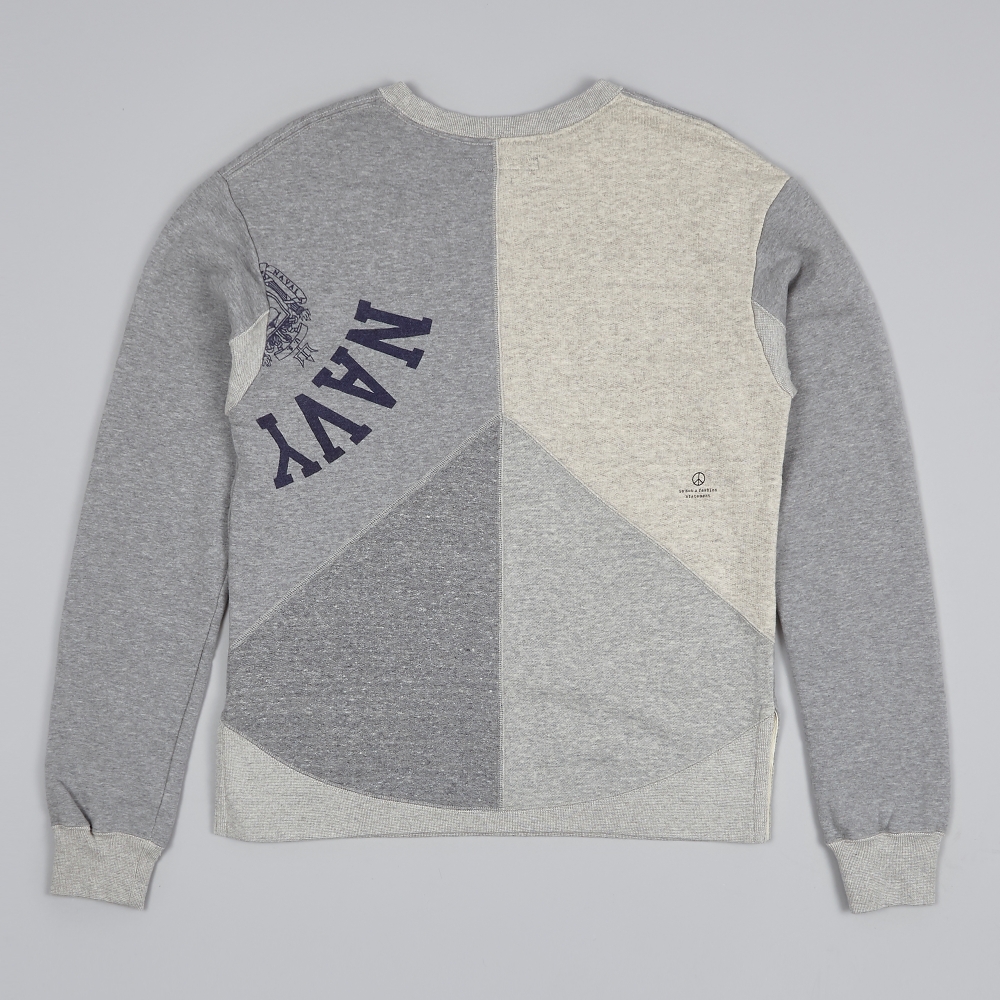 Goodhood have just received a drop from the lunaticly named Japanese brand Sasquatchfabrix. They do this hat: which I’ve been after for ages. They also do this sweatshirt, which I haven’t been after for ages, but would quite happily wear if someone was to generously get it me for Christmas. That will of course never happen. I currently know no one who would consider 335 quid on a grey sweatshirt (seemingly made from off-cuts of other, older sweatshirts) a wise investment. A fact that sadly suggests everyone I know is insane.

It’s called the ‘Peaceful Sweat’ – I’m guessing for two reasons. Firstly because there’s a peace sign on the back. And secondly because if you’re charging £335 for a sweatshirt, the least you can do is make it seem special by giving it a silly name.

Outside of the frankly barbaric pricing, I do have another quibble with this thing. All the details are on the back. Viewed from the front, you might as well have bought it at Uniqlo. Which means you’ve got to roll coat-off, to give spectators the chance to be envious. And think about it, you really wanna be rolling coat-off in this weth? Do you think it’s possible the designers at Sasquatchfabrix don’t have ‘British dudes smoking outside fun pubs’ at the centre of their brand eye?