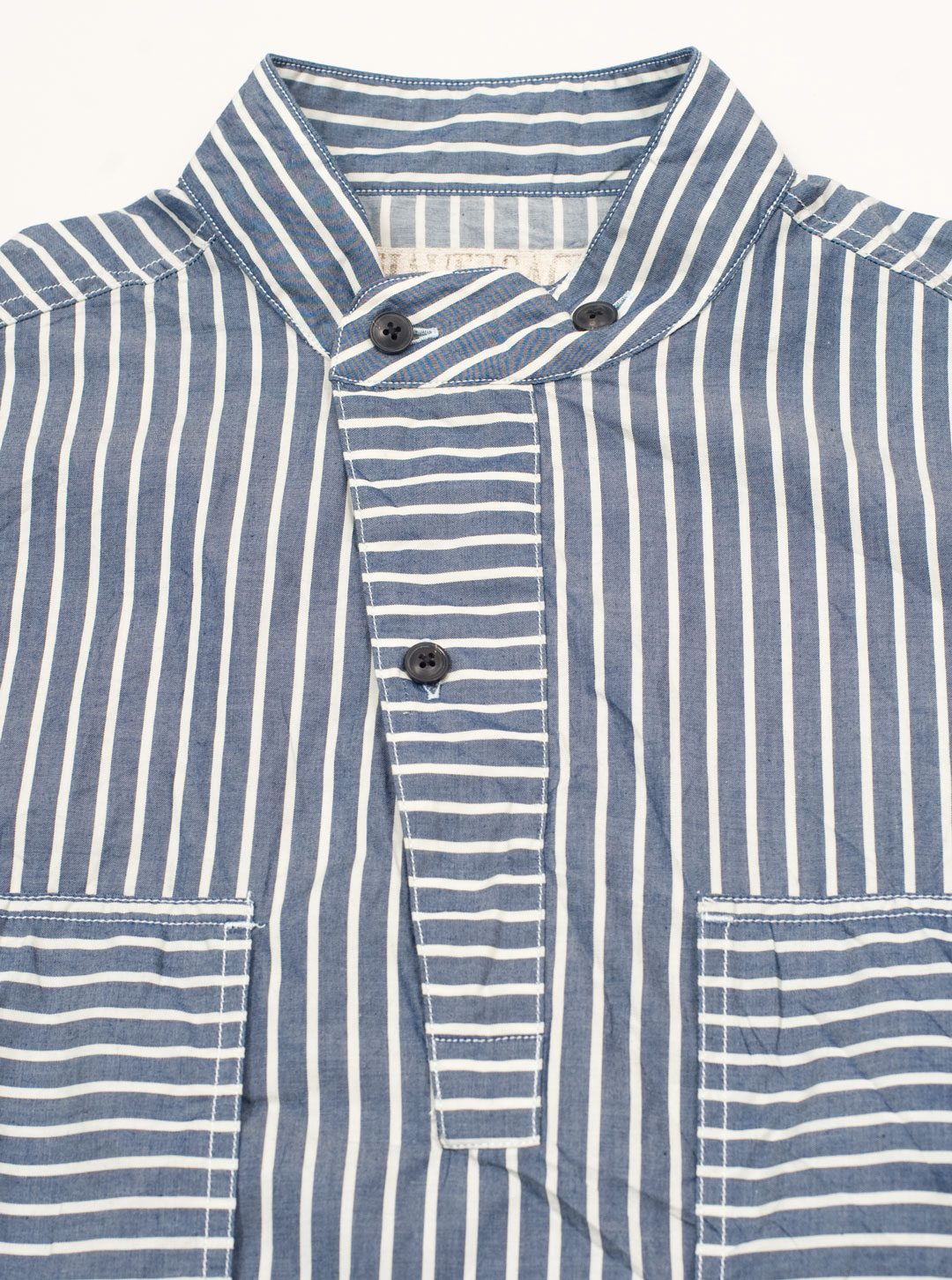 This Haversack shirt will plug you straight into a look many men aspire to.  Wear it with a freshly shaven head and a hoop of beads and you can look like one of those weird shamanic, ‘spiritual’ guys in the background at Warhol’s Factory. You know, the dudes that never actually make anything, or star in the films, but just make up the numbers, lounging about, puffing on bongs, twiddling with girls’ hair and mumbling about the Age of Aquarius. The right connections, the right shirt:  just content to soak it all in, rather than actually do anything productive. Yep, sounds like me.

With its asymmetric button placket, you wouldn’t look out of place snuggling with Candy Darling or Ingrid Superstar. But even if I’m being generous, it’s at least the kind of garb Mickey Micky Dolenz used to goon about in. Which ain’t bad. The Monkeys were strong. Last Train to Clarksville is a classic.

Get involved over at Present. It’s a robust 165 bills, but on the upside it’s Japanese made and you won’t see anyone else in one. As far as finding a warehouse filled with sycophantic transvestites, drug addicts and parasitic art moguls to hang in, you’re on your own.