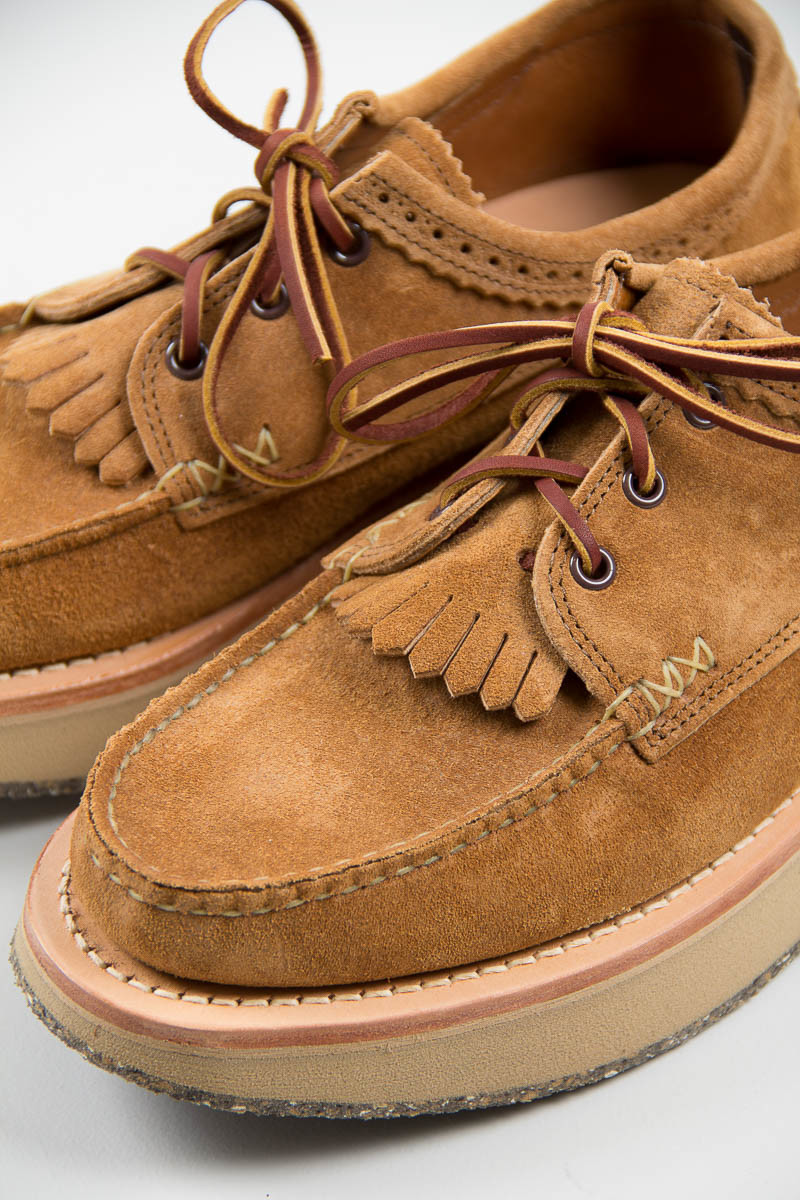 You’re not sure what to make of these shoes. Sure, you’ve seen things like this before. Just not exactly like this. There’s something weird about them. Kind of a big sole and a thin upper and a tiny fringy thing. You assume they’re expensive. Most stuff on this Rampboy site is pretty expensive. But it’s not enough to put you off. Not yet anyway. You’re mildly interested. Just enough to read more.

You guess they’re by Yuketen. And they are. And you’re happy that you at least guessed they’d be costly. After all, you like to see yourself as the kind of guy who could toss 450 pounds at these. Even though you know you’re not that guy.

It’d be cool to drop large now and then. But even as you think that, there’s a tug on your leash, it’s your down-to-earth self, dragging you back towards practicality and prudence. You can’t even remember the last time you spent 100 pounds on anything. How much do your friends earn? Have they got better shit than you? Why can’t you just fucking buy something nice for once? How did you even get here?

You look again and decide that these shoes are too odd and that your friends would laugh at you. It doesn’t matter how much they are. They’re too different. They’re not for you. And you’re sure you’re not the first person to have thought that. You’re probably the second person.