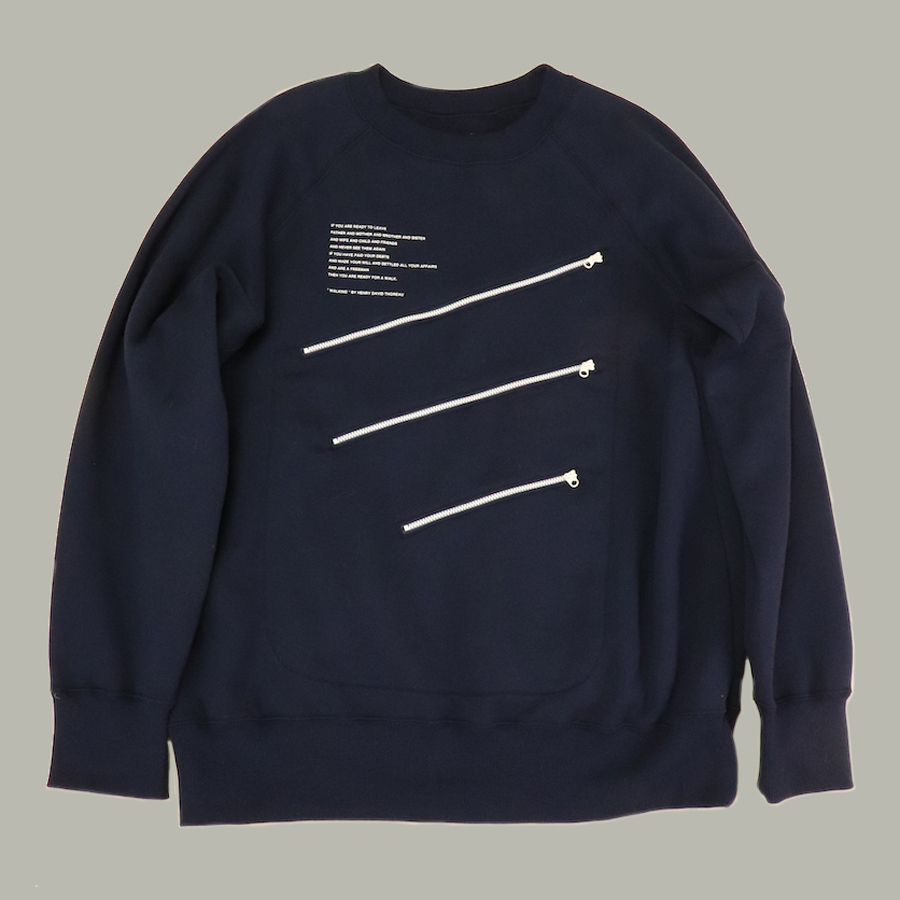 Dating back to the 1920s, the ‘sweatshirt’ was originally proposed as an item of sportswear  — an alternative to the itchy and shrinkable woollen jerseys worn by American football and baseball players. If we quickly fast forward (skipping over Brando and McQueen, Ivy, tie-dying, debates over the ‘V-Stitch’, political and social sloganeering, Acid house, vintage, Ametora, giant logos, cut ‘n’ paste rebuilds…) we reach the sweatshirt of today. Still casual, still predominately cotton, but a garment that broadly falls into one of two camps.

1. The purist: This garment will be grey (but it’ll be called Grey Melange) or cream (but it’ll be called Archive White). It will be sold via some extreme close-ups of the neckline, while the product description will use the terms Loopback or Loopwheel at least six times. It will be called ‘timeless’. It will look crushingly boring. This is the sort of product men think will make them look like Daniel Craig.

2. The Scenester: These sweatshirts come in black, or pastel peach and feature a mix of brands, graphics and phases. The type used to spell out the brand name must be bent, twisted, back-to-front or otherwise just look like it’s been physically assaulted. The graphics should include Mickey Mouse giving the finger in a wheelchair, but also some pagan symbols and mushrooms. Any phases used on these products must be half inspirational quote and half meaningless nonsense. The price of these sweatshirts is £290.

Is there a third camp? A sweatshirt that neither trades off yawn-worthy heritage or Photoshop for beginners?

Perhaps this Mountain Research number deserves a look? I grant you, it does feature words. But at least here we’re in the realms of academia rather than Instagram memes. It’s the work of 19th century Transcendentalist, Henry David Thoreau  — amongst other things he thought that intuition transcended tuition and believed in the fundamental goodness of humanity. Agree or disagree, at least the man didn’t spend his time doodling cocks on pictures of Abe Lincoln.

But of course the big sell here is the triple-zip business: white off navy, on the wonk, big, medium and small; they appear to grant access to a single giant pocket. Although it’s difficult to say for sure, the shots aren’t great, while the product description over at Collect Store is a little challenging.

One thing’s for certain, the zip detail elevates this (not so) humble sweatshirt to the realms of the dressy, the smart, the semi-formal. I’d wear this under an unstructured navy blazer  — a head-to-toe wall of navy, punctuated by those brilliant white slices of zip.

A bit punky perhaps? At least, I think, more interesting than yet another tie-dye number with a PhotoMoshed pentangle.