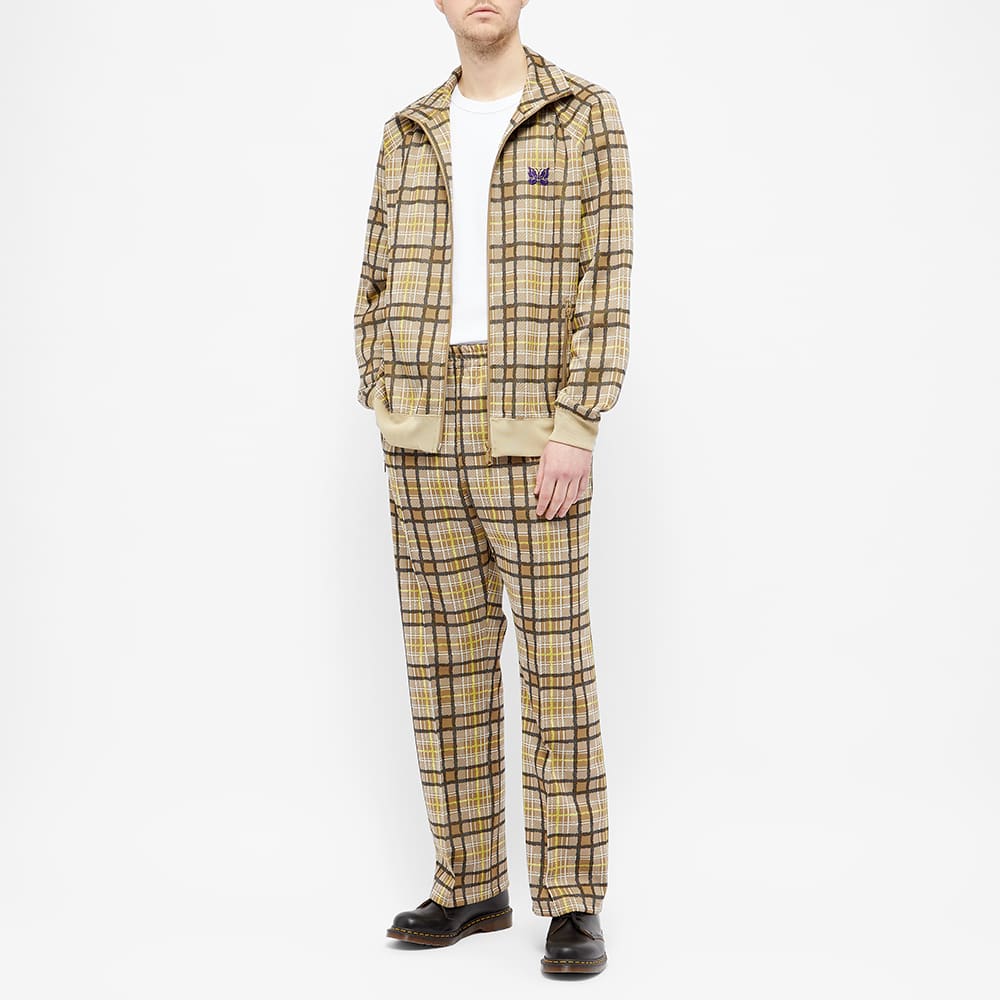 Seen The Gentlemen yet? It’s another double-barrelled job-lot of Guy Ritchie geezerness: you know the sort of thing, shooters, dealers and well nawty behaviour. As a watch it’s okay. As a runway for on-point tracksuit-chic it’s extremely tasty.

Colin Farrell plays Coach, owner of a boxing gym and father figure to a gang of youthful punching enthusiasts. Their gymnastic fighting style is impressive, but it’s their get up that’s the real knockout. Tracksuits x 1000%. Tops and bottoms, rendered in blown up checks, channeling all the colours of autumnal woodland. It’s an imposing spectacle.

The vision for Coach and his crew came from Academy nominated costume designer Michael Wilkinson. Based around classic English suiting fabrics and printed onto modern technical fabrics, the idea was to present a specifically modern twist on Englishness. By happy coincidence, this Needles tracksuit does a remarkably similar job.

In an ideal world, this tracksuit would form the foundation of my Corona crib-wear. If, like me, you see the whole Needles tracksuit thing as a bit two years ago, this just goes to show that the right fabric can change the game. Could it be any more 70s? It’s the pimps from The Deuce meets Run DMC. It’s half a pint of lava lamp. It’s a wearable Barcalounger.

The two way zip up the front is always welcome — especially for the gentleman with a magnified middle. While a fluid raglan sleeve and funnel neck will maximise comfort and keep you protected from the elements.

Oddly I take some emotional strength from this get up. Perhaps it’s the no-fear gangster connotations. Maybe it’s the 80s football hoolie thing. Christ, maybe it just reminds me that I used to be a bad breakdancer. Either way, I’d bloody love this tracksuit right now. It makes me smile. And not much is doing that these days.