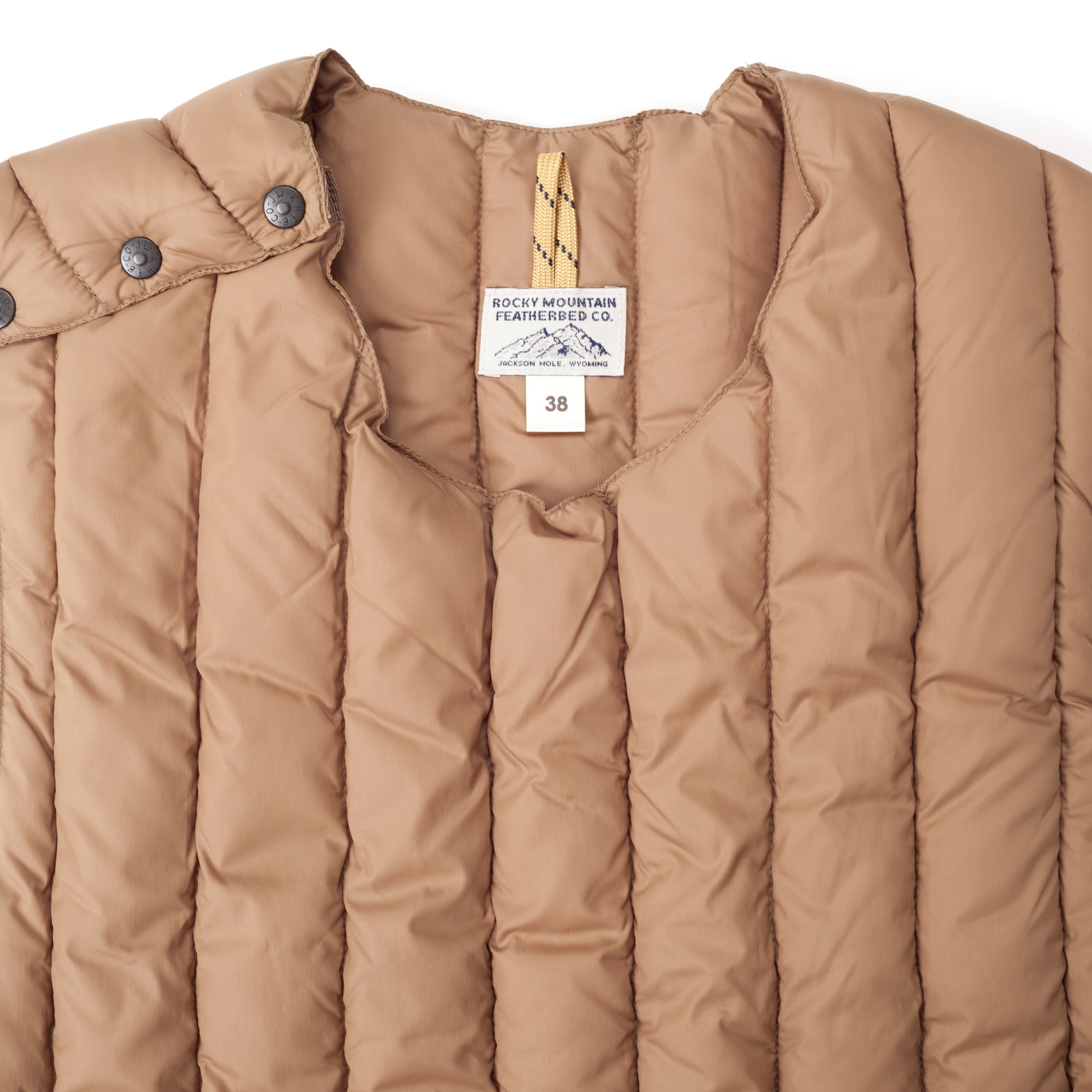 Within the gilet family, this Rocky Mountain Featherbed down vest is as far from being something-people-who-like-the-rugby-wear as it is possible to be. If I had to guess, I’d say the stands of //GOOGLE FAMOUS RUGBY VENUE IF I CAN BE BOTHERED// are probably chock-to-fuck with Ralph Lauren Polo, Barbour and Jack Wills. This is not that. This is made in Japan. It’s constructed from light, water resistant nylon and filled with 90% down and 10% feather. And not knowing that much about the world of feather to down ratio, I’m gonna assume that that’s good.

I just like that it’s a pop-over, but with the ability to snap open the right shoulder – this is apparently so you can take it off without removing your top coat. Personally, I’d rock this over the top of a blazer. I’d probably look 30% like a martian, and 70% like I’d escaped from an asylum. But crucially, 0% like I like the rugby.