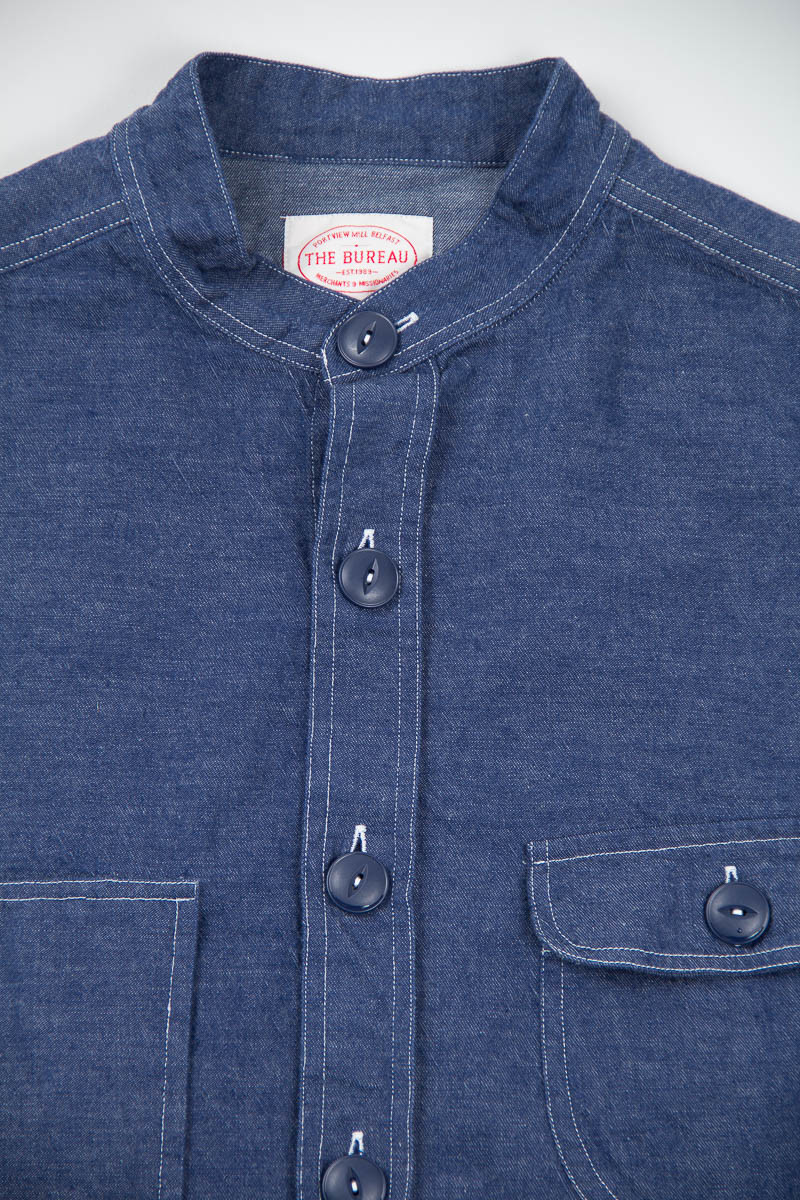 I expect looking at this, you probably want it? I expect you’d like be able to say that your shirt was “made on vintage Union Special sewing machines.” I expect dropping into conversation, “yeah, it’s in Japanese, narrow–gauge loom cotton“, would make you feel like a big fucking man? I expect you think I’m gonna flip this now and suggest you’re wrong to think that? Well I’m not. You’re right. It would make you a big man. It’d make you a very big fucking man indeed.

It’s got a banded collar, more buttons than strictly necessary and a gargantuan map pocket for carrying all those maps you carry around all the time. It’s an ‘own brand’ shirt from The Bureau. Get on this shit.

It’s made in Northern Ireland, which at the risk of being Northern Irelandist, is full of big fucking men. Least it is on the films. Giant men with bushy sideburns. The kind of dudes that wake up with a hangover, light up and drink warm scotch straight from the bottle. Hard men, like off The Sweeney. I’m not positive that those kind of men are massively bothered about Japanese Urea 20mm navy buttons? But then what do I know? I should probably just stop watching so much 1970’s police procedurals.