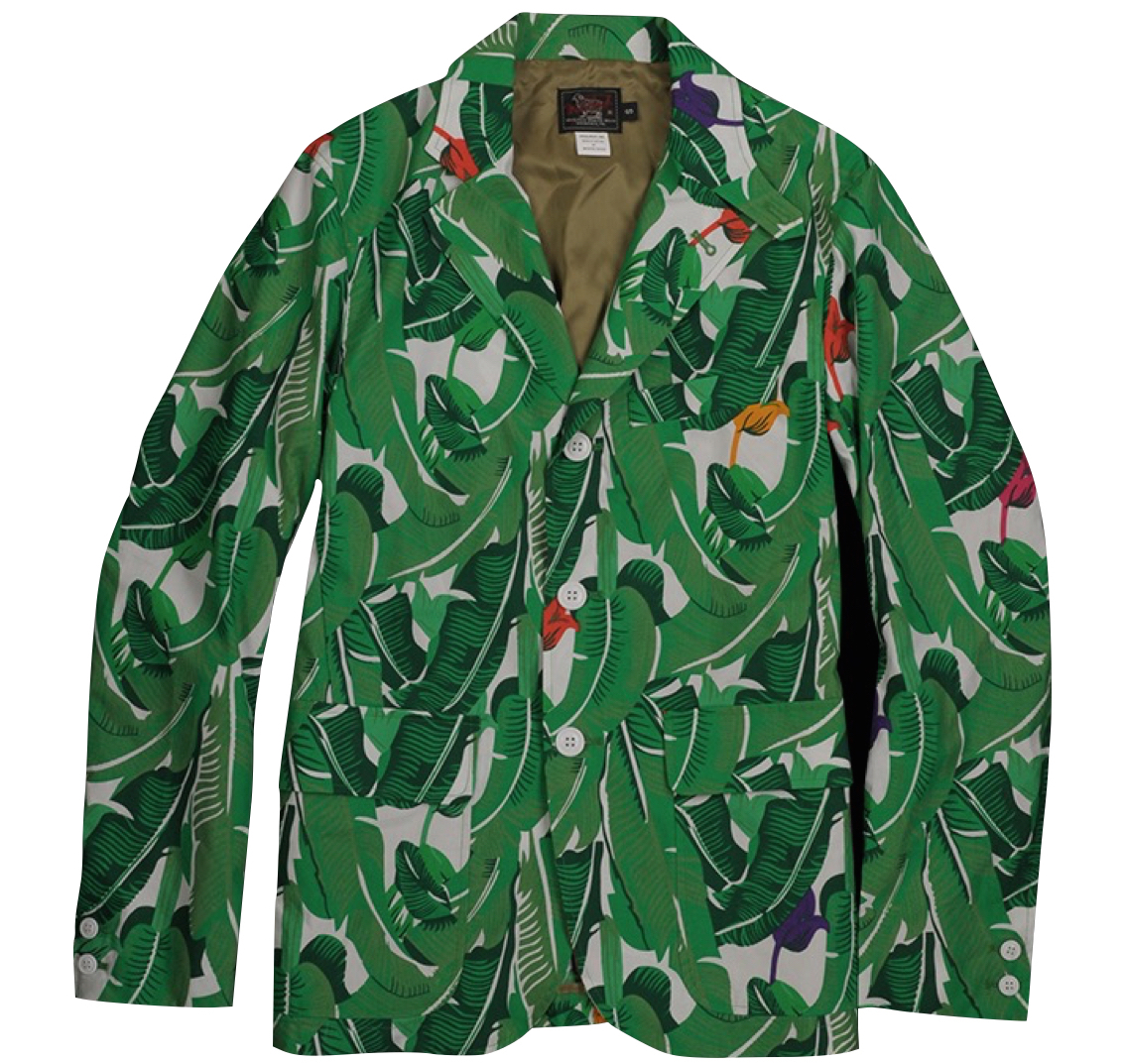 I’m fairly positive there isn’t a man alive who could pull this off. I mean, if you rule out the theatrical ‘tude of a Liberace or a Boy George, is it conceivable a run of the mill, ‘non-performing arts’ bro could wield this thing? Thing is I quite want to fuck with it. I wanna try and tame it with some worn denim shirting and rolled-up, baggy-ass chinos. Maybe some simple white kicks…? I’m convincing no one am I?

This ornate savagery spills from the mind of Mark McNairy – a none-more-street US designer, who has his own line and bangs out the Woolrich: Woolen Mills line on the side. This is from WWM, a line I have difficulty keeping up with. I dropped by Woolrich in London a couple of weeks back and was told they hadn’t received the WWM S/S line and weren’t even sure if it had gone into production. It appears it has. You can grab this foresty fucker over at Union Made and some other pieces have snuck onto Woolrich’s main site here.

Still not sure if it’s wearable though. Feel like you’d need a career as a high ranking cocaine importer, or a professionally tasteless Russian. I believe I’m currently neither.