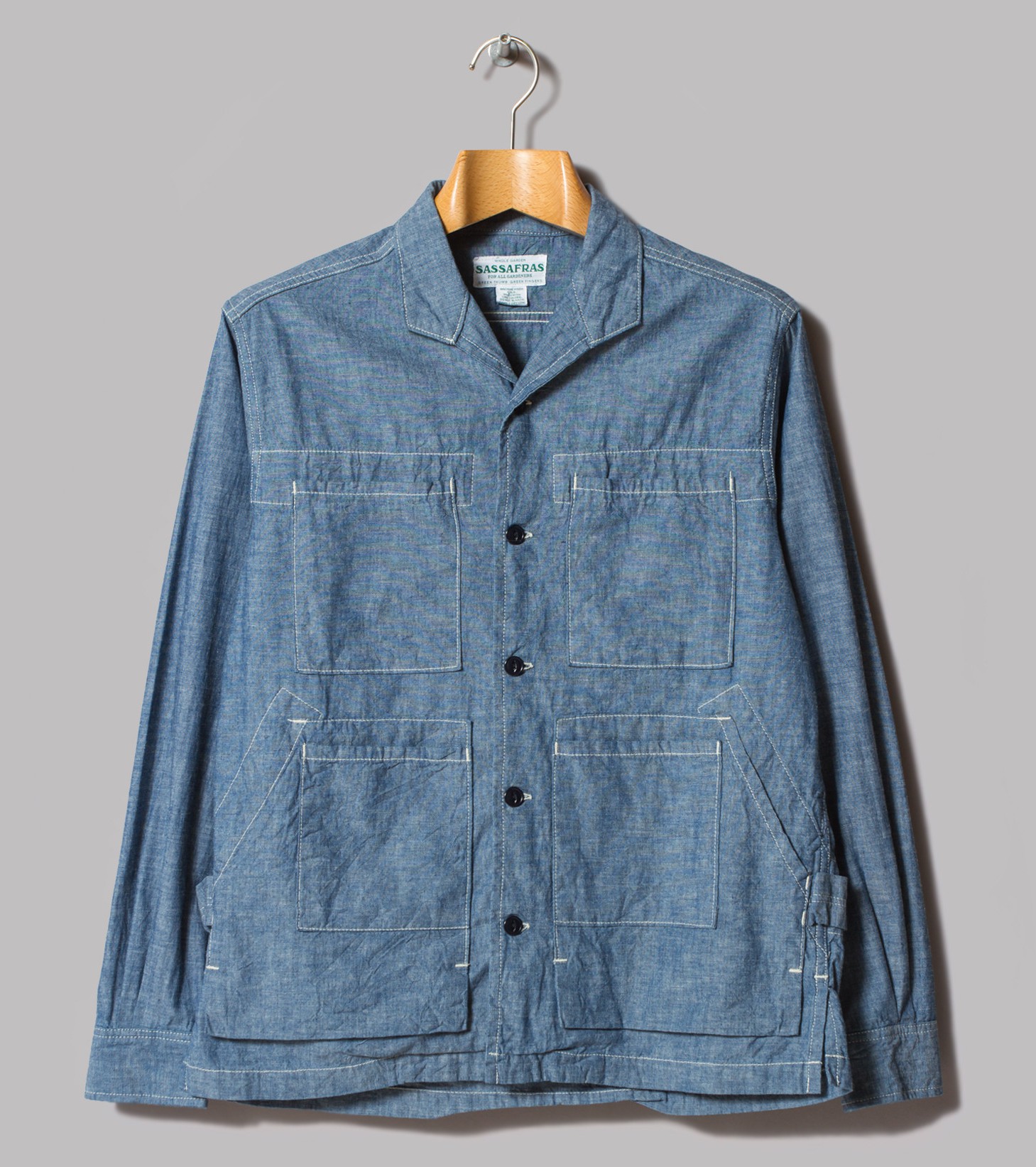 I’m fully onboard with contrast stitched chambray. I imagine you are. You can see all the make up, front and centre. Revelling in the reveal. It’s in your face with the architecture of the build – without going all conceptual and doing a Comme des Garcons insider-out job. It’’s the right way round, but you can see the join. I like that shit. And had I not already dropped on an Engineered Garments Bedford in dungaree cloth, which performs similarly, I’d be all up in this Vertical Tree Chopper Half Jacket from Sassafras.

It’s boasting six front pockets, a split hem, little loops on the sides which are handy for dangling stuff from… there’s a fair bit going on. It’s light weight and overshirty, so wang it on over a T and you’re good to go. The collar doesn’t do up either, it’s just sits flat and open. I think that’s a pretty dope detail and along with the handy loops on the side, elevates this overshirt to number two in my current list of expensive-ass overshirts I have to stop buying or I’m going bankrupt.