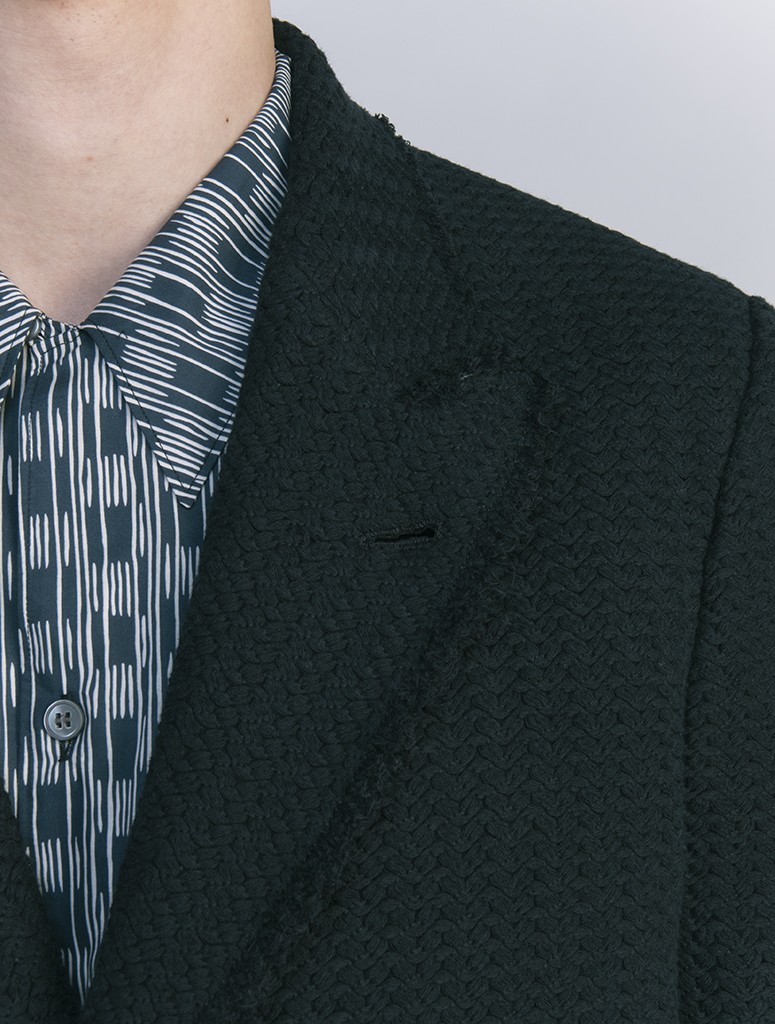 Finally watched Whiplash. Of all the films I’ve seen featuring an ambitious jazz student and an unpleasant instructor, called Whiplash, it’s among the best. Can’t get past J. K. Simmons’ wardrobe of torso-hugging Ts though. No wonder he’s so fucking annoyed all the time. If he wanted respect from his students, he should have worn a fancy jacket. Conductors always wear fancy jackets. It marks them out as the boss of sounds. Our Legacy know this. Probably why they made this conductor’s jacket.

It’s all fucking braided and shit. So the lapels look sort of furry. And check that made in Italy cloth. It does kind of look like this bro’s wearing a piece of furniture. But, you know, in a way that’s all cool and Our Legacy.

It might be made from cotton, but that dense upholstery-style weave is giving this shit some major body. I mean, it’s Spring/Summer right? Only the most sterling of stylesmen will keep that thing on lock when the sun pops out and the Sainsbury’s Taste The Difference are spitting on the barbie. I kind of dig it, but it’s a fuck-ton of look.

Even with the straight hem and (relatively) slim lapels, it’s all kinds of 70s. Actually, now I look at it again, maybe it’s less conductor and more Bernard Manning? I’m not sure if that’s a good thing or not.