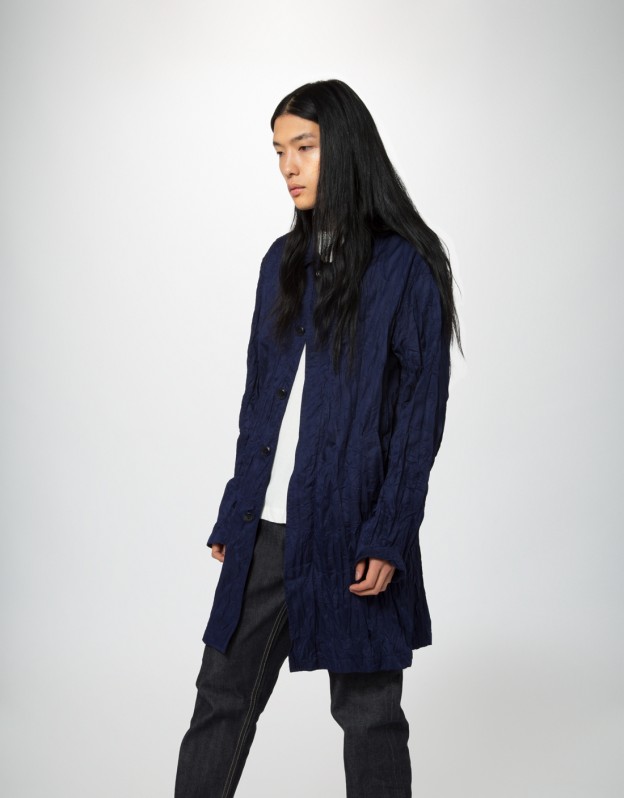 There are a couple of pockets, some underarm eyelets, all but one button is concealed and it’s 100% polyester (which I guess doesn’t sound all that artisanal). You can grab it over at Goodhood or YMC direct.

Basically, it’s a corrugated coat. And on a bro like our friend at the top of the post, it looks pretty fly. Godly. Or at least Jesusy, with that long hair going on. Which I guess would make him ‘creasified’ – for want of other space filling rubbish.

Anyway, in this he looks a bit unkept, but ultimately clean, arty and sort of Issey Miyake-ish. On me, I think I’d look like I should be snapping open secondhand fags to make a rollie. Still, it could be worth a couple of hundred to find out.