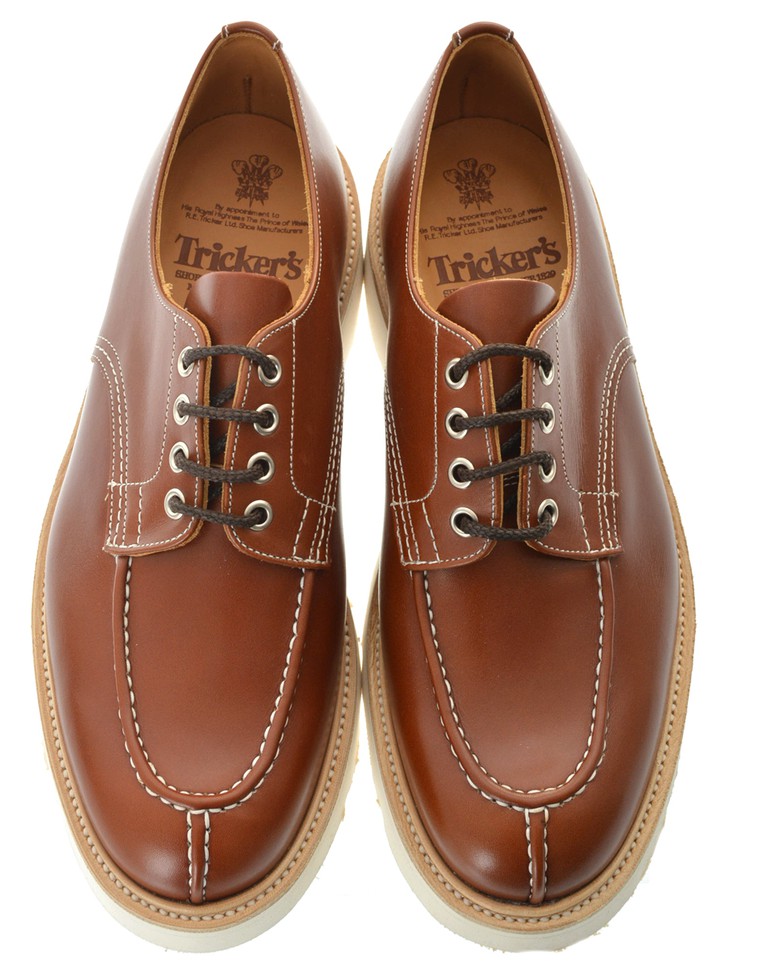 I have little interest in becoming a carpenter. I mean, if it was a choice between being a dude in a fluro vest who walks up and down trainlines in the rain, or tarmacs the road, or stands in the street with a SALE sign, then yeah, I’ll be a carpenter. But, seriously, carpentering, what that fuck’s all that about? Chisels and lathes and shit? Those curly wood shavings? I guess, you could make a chair or something. But you can buy a chair. In a shop. I’ve seen them.

This is the Trickers X Kafka Carpenter Shoe. Presumably a shoe specifically for carpenters. But I reckon non-carpenters could get away with them too.

Rather like yesterday’s nice sweatshirt, these shoes are a standard. You’ve seen stuff like this before surely. But, really, these are just very beautiful shoesys. The sort all ‘men of clothes’ should have in their arsenal. They come in a set of two, so are designed specifically for the double-footed.

They’re a Trickers colab with the Kafka Mercantile & Supply Co. You’ve got antique Marron calf leather in the mix and a contrast stitched apron front, which in my view, gives this style the upper hand. And in case you missed it, that was a shoe joke, because a shoe’s got an ‘upper’ and people say ‘upper’ hand. Concentrate brah, that’s mind shit right there.

A Vibram Morflex outsole and nickel eyelets round out the specs. Although perhaps the most fundamental spec is how much these bad boys will run you. Of course, they’re Trickers, so perhaps the 365 swing ticket won’t come as a surprise. And if it does, then you’re probably a carpenter. You’re probably just wearing knackered old work boots and find it laughable that anyone would associate your trade with a pair of ponce’s footwear. Well, you know, whatever, I think they’re boss. Bog off chiselman, go sit on your bradawl.