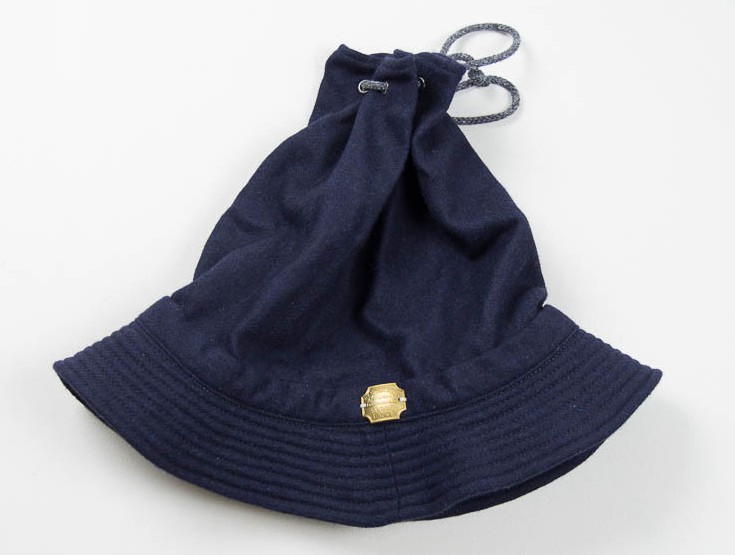 And the benefit of having a hat that opens at the top is? I’m not asking. I don’t expect you to know. I mean, I don’t know either. But such is the functionality of these Superior Labor headpieces. They have the millinery equivalent of a sunroof. Albeit one tied with a lace.

There’s a certain prescience to the scene in Nathan Barley, where Barley attempts to hide his Geek Pie hairstyle with a handbag. Basically these are bags. For your head.

Obviously they’re insanely cool. How many people do you know that wear a hat with a laced opening? I’m going to assume none. Which means in the land of people not wearing hats with laced openings, the man with the hat with the laced opening is king. Simply by virtue of being different. Or an idiot. It matters not which.

For those that care there’s a 70% Wool, 10% Acrylic, 10% Polyester, 10% Nylon party going on here. And of course, it’s made in Japan. Which makes it cool. If it was made in Croydon, it’d just be a ridiculous hat with a laced opening.