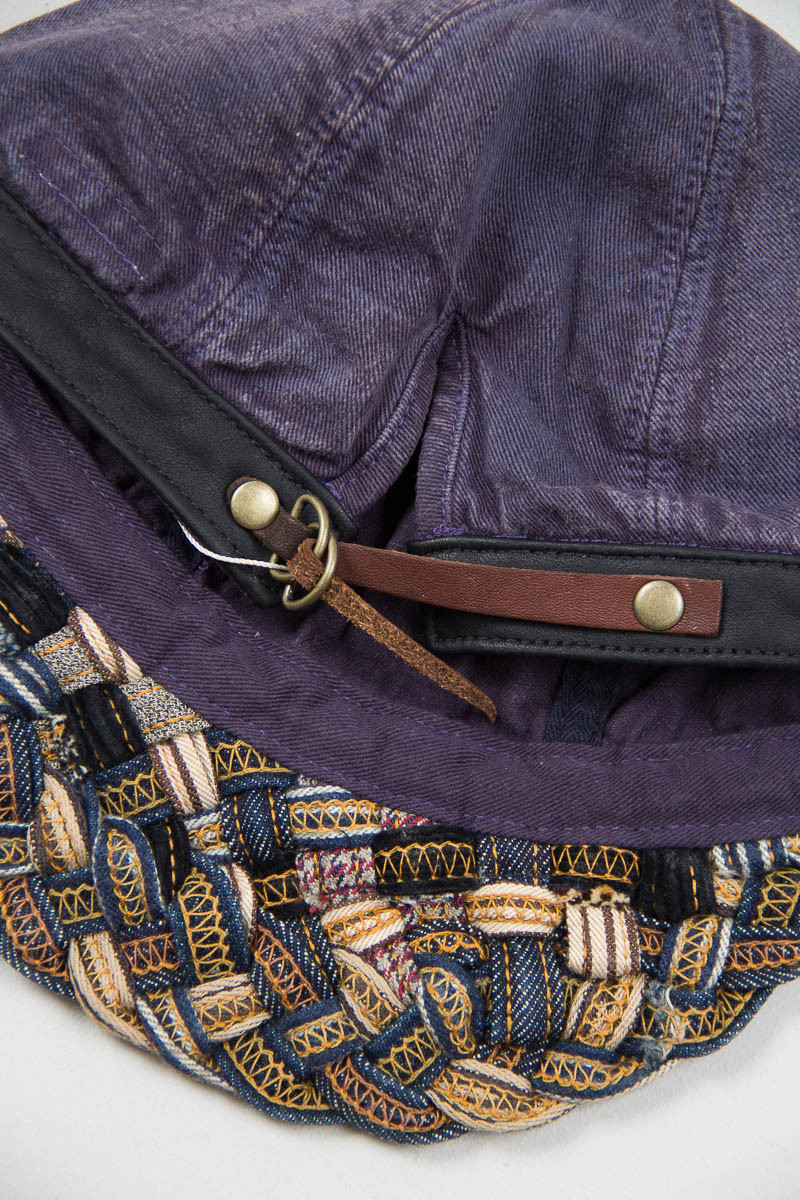 More braidery, weavery and patchworkmanship? I’m starting to think this site’s taken an aesthetic swerve into Children Of The Corn chic. Thing is, there’s been an incursion by Japanese indigo kit, into a number of dudeswear retailers this season. Bros are finally waking up to the power of looking like a Vietnamese lobster fisherman. Hold tight brah, shit just got wicker.

In case you couldn’t tell, this thing’s a hat. It’s by Kapital and is officially a Purple Chino Su–Ket Cap. But, irrespective of the title, I’m not sure it’s the purple chinoiness that’s the stand-out for me.

Check that woven lid. I don’t know if it’s beautiful or ugly. It’s like a Cronenberg film about belt loops. That shit must have taken some Robocop-strength plaiting. And the result? A (presumably) heavy-ass lid of knotted denim, that (definitely) looks kind of weird.

I’m all for the whole Japanese indigo thing. I’m bang-into the fabrics, finishes and the fact that the clothes have a feel and look beyond the reach of western, mass-produced gak. I still don’t think I could get away with this though. I fear what it says about the wearer. There are three types of bro I can see in this. A dude who mends old pickups, wears dungarees and plays the Banjolele unnervingly well. A dude who lives in the woods with his sisterwife and eviscerates travellers to make pies. Or an aspiring rapper, who exclusively rhymes about the British Agricultural Revolution. I’m not totally sold on being any of ‘em.