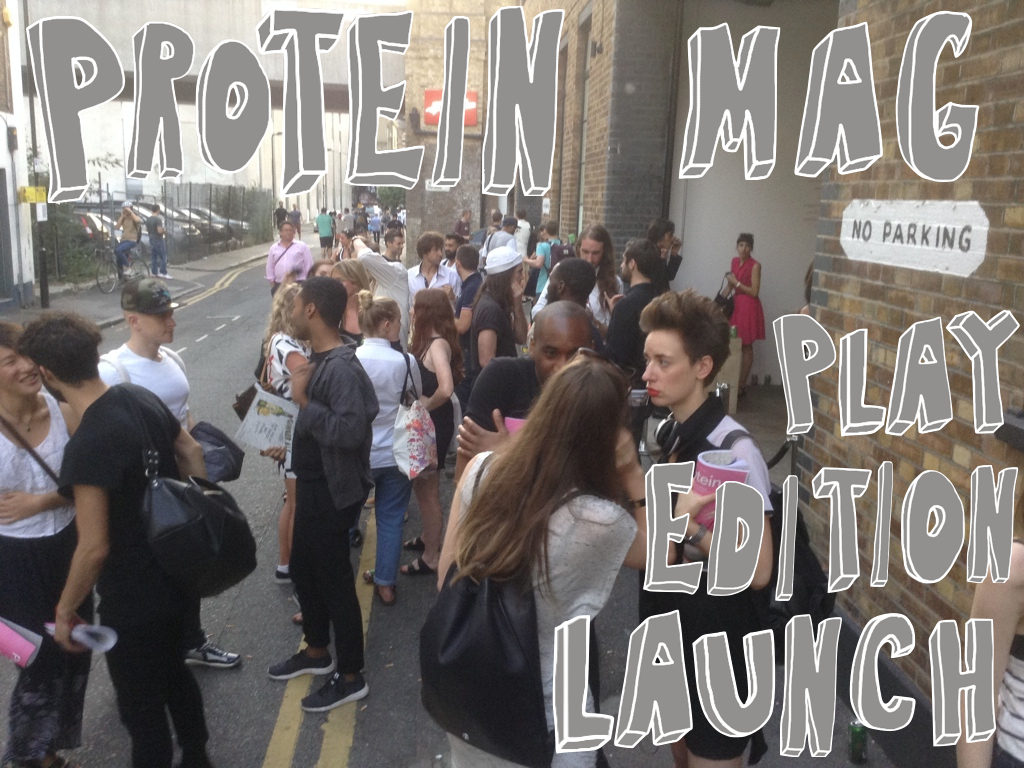 So, the only guy that refused to have his picture taken, was strutting about in Hood By Air. What does that say?

Anyways, it was the Protein Magazine launch party last week – it might have been Thursday. I dunno, I’m bad with times and locations, and amounts of stuff. And heats, how hot is a Fahrenheit? And weights, I have no idea what an ounce is, or a kilo. Is it a lot of fucking ham or not?

So it was this Shoreditch swank-up. The beards and plimsolls were out in force, sonics came from Sisterhood and Bell Towers, foodstuffs from Yard Sale Pizza and tins from Fourpure Brewing Co. Although, due to the non-cans-outside policy, a fuckton of the assembled nipped to Tesco for some RStripe and hung around the street. Fortunately for me, a bunch of dudes were mad-glad to pop their looks on my iPad. Check the looks…

I genuinely thought this bro was rocking some out-there, avant-garde body-harness. Turns out, he’d just had spinal surgery. We both laughed so hard, I thought his torso would snap.

Look at he back though. Perhaps now you can see how I could have been mistaken about this garment’s medicinal properties. I think he said his Mum painted it. Nice job mummy.

All in all, a strong turn out by some of Shoreditch’s #influencers and #steezlords. Apart from that bro in HBA obvs. He remains a wang.