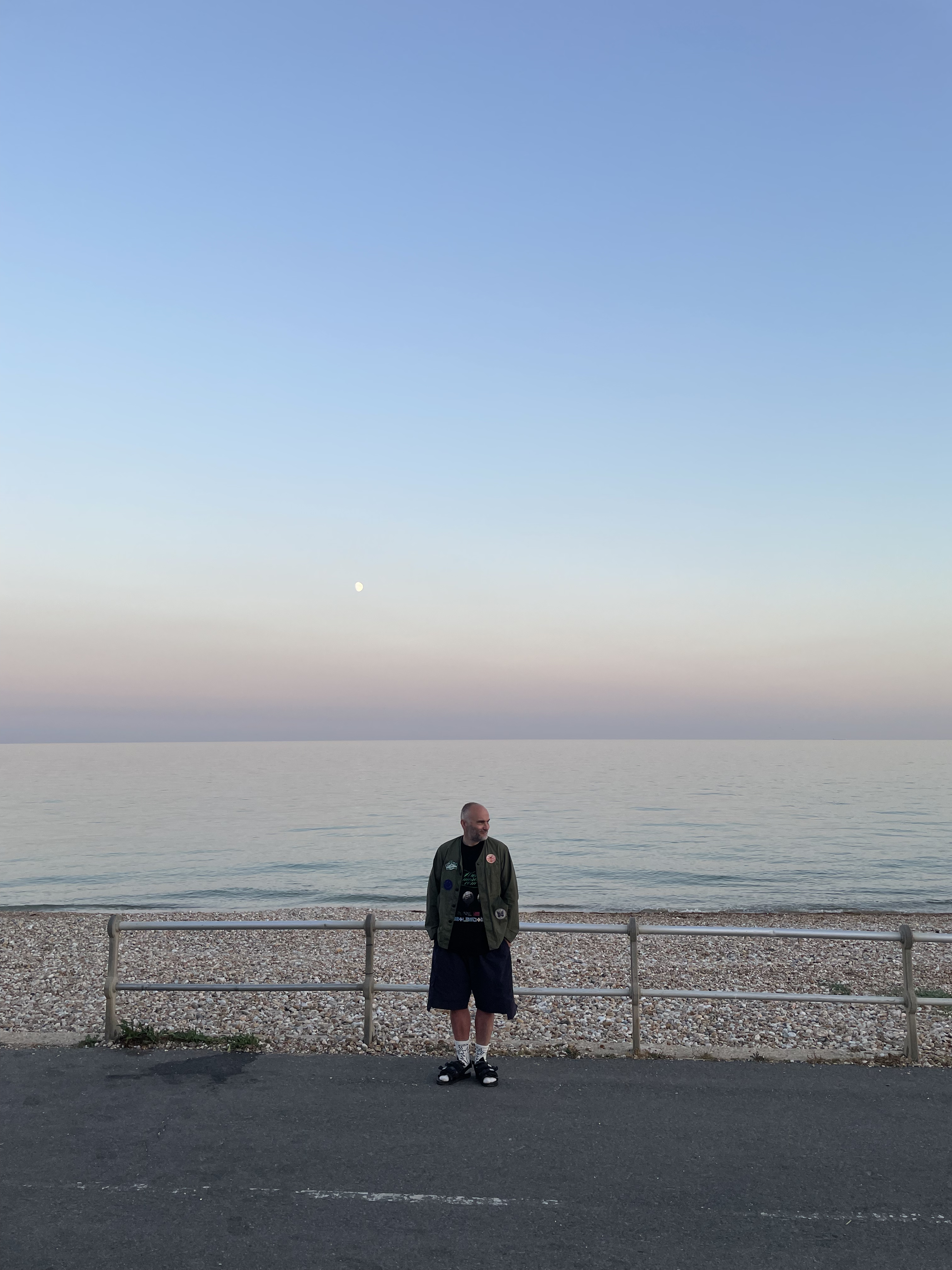 It’s been a minute. Sorry about that, I completely forgot who I am and what I’m meant to be.

The pitiless inferno that’s been roasting us all alive has incinerated my personal style. I no longer know what to wear, when or even how. I leave the shower, pull on a pair of pants (Palace CK1) start sweating again and immediately want to flay my skin off with a cheese slice. There should be a law against this kind of heat. I’ve been to parties in shorts (formally a complete no-no) I’ve left the house without a jacket (unheard of) and (don’t hate me) I wore a pair of sandals without socks. I was on a beach, but even so.

A couple of weeks ago, my girl and I spent a week in Bognor Regis. It was not our choice. I mean, it was our choice to go, but the location of the annual family holiday (my side) is decided well in advance, by a cabal of my mother.

Our holiday rental was the epitome of faux bougie. On the one hand you had the obligatory window ledge displays of pebbles and driftwood, on the other sticky synthetic bedding. Our straw-hatted, Prosecco-clinking neighbours enjoyed theatrically tutting at ball games on the shared lawn, while inside, the downstairs shower didn’t work.

Bognor’s promenade, on the other hand, is the coolest place on earth. By that I mean, it’s so bad, so impossibly unreconstructed, it must be cool. Topless dudes with neck tattoos, morbidly obese ladies in wheelchairs, cans of lager for breakfast  — that intransigent working class iconography that typically ends up as an ironic backdrop for trendy brands. I’m genuinely surprised Aries haven’t shot a lookbook inside Bognor Arcade.

It’s fair to say that the gentrification common to many UK towns and cities has so far eluded Bognor Regis. It is a place people go to die, or at least hasten the process.

The one thing none of us could escape was the heat. Whether boiling alive on the beach, boiling alive during 18 long holes of adventure golf, or boiling alive carrying bushels of worthless prize tickets around the arcade, I did a lot of boiling alive. Even in my most airy shorts, my lightest tees and most heat-reflective bucket hats. I concluded that heat, clothes and me just don’t understand each other.

I tried to hide in cafes, but discovered green food is not served in Bognor. Everything is made from potato or batter or both. I tried to hide in pubs, but when you are the only dude at the bar who isn’t bare chested and tattooed so enthusiastically that your entire torso looks like a ransom note, awkwardness sets in. Some of those guys were 90% legible.

If nothing else, it hammers home the importance of context in style, An illustrated man in Bognor gives me the fear, but put the same chap behind the decks in a sceney Peckham basement bar and I wouldn’t give it a second thought.

Back on the promenade you can actually tell the time from the metronomic click-clack of the walking frames. I had to conclude that Bognor’s campaign to become a vibrant youth hub has some way to go.

There was no choice than to brave it out in my baggy navy separates. Which I did,  simultaneously ingesting as much water as my tummy could carry, while emitting as much moaning as my girl’s temperament could tolerate.

I cannot in good faith recommend Bognor Regis as a destination for a man of style. Strutting about in my (Comme des Garçons) socks and (Suicoke x Neighbourhood) sandals and giant (Studio Nicholson) shorts didn’t impress the locals. Indeed on a couple of occasions it seemed to amuse them. It’s almost like they don’t give a shit about elevated casualwear?

Suffice to say, I’ve rarely been happier to alight back at Victoria and have someone stop me to ask about my Needles trainers. I know my context.