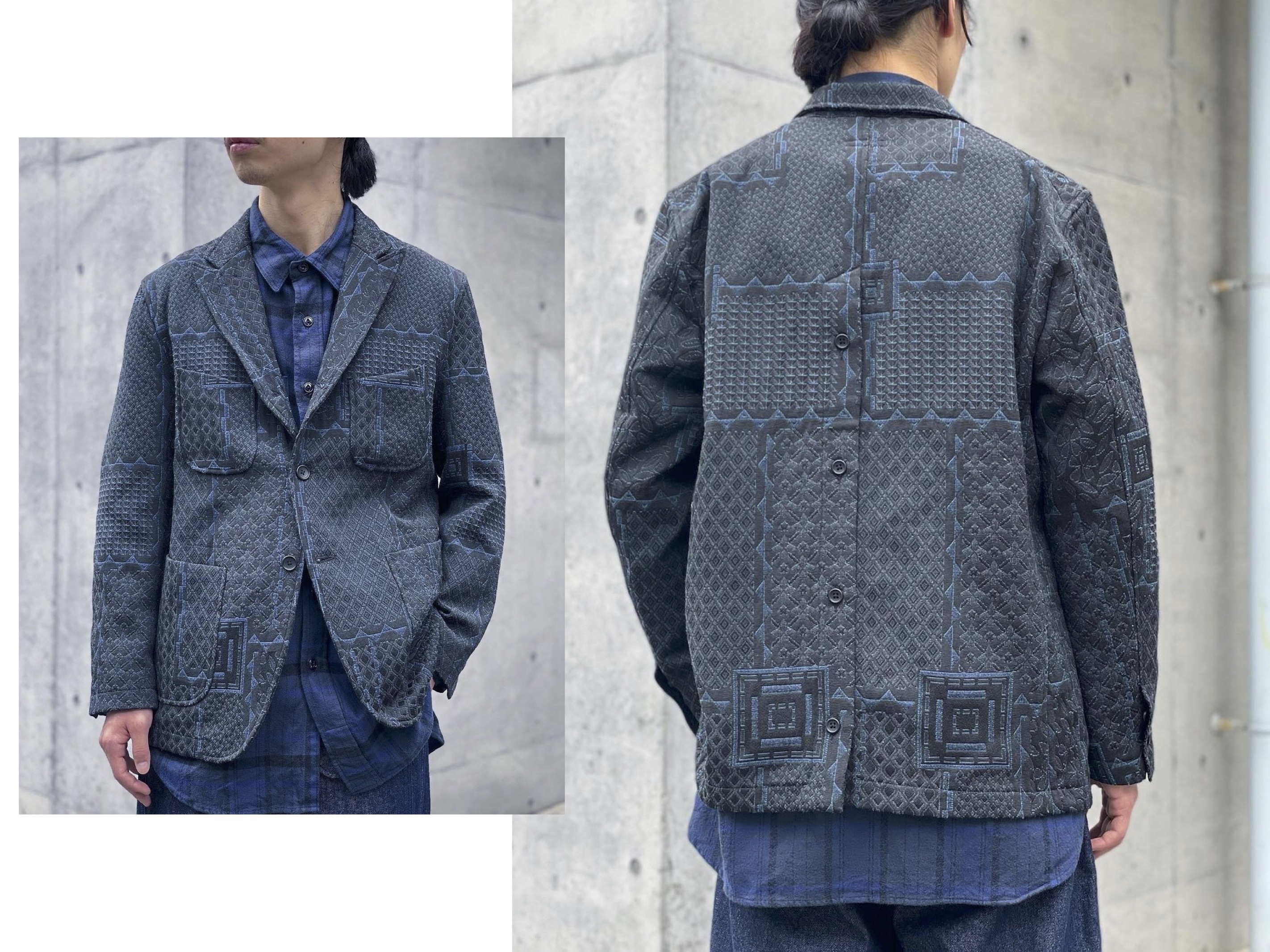 It’s a blazer, but with buttons up the back. I like what Engineered Garments have done with the trusty Bedford for winter. Assuming we ever have winter again.

Like much of the population I spent the last few days hiding from the sun  — curtains drawn, regular cold showers, a fist of Mint Magnums in the freezer. If this is the beginning of the end of days, if ecological imbalance truly is mankind’s Great Filter moment, it’s helpful to see the right-wing rags making light of it by calling anyone who doesn’t fancy being burned alive a ‘snowflake‘. Stop whinging peons, if Prince Charles can keep his tie on, just carry on working and spending.

The threat of armageddon is dwarfed by our own stupidity.

Still, staying indoors on boiling days does offer benefits beyond not being incinerated. The main one is not having to look at men with their tops off. Unless you are on a beach, in a swimming pool, participating in gay pride, visiting your chiropractor, or are within the privacy of a sex dungeon, there is no call for a man to go topless. Consider the dignity of the orchestra on the Titanic. The world may be doomed, but it doesn’t mean we must become one with the beasts.

Hairy men, shiny men, a ring of psoriasis here, a blanket of back acne there; and the tattoos, even Alan Turing would struggle to decode the acres of inky hieroglyphics. What is with this? Perhaps it’s just me, but I see a wall of male bosoms and I fear smashed bottles, smashed faces and the shriek of a police siren are not far behind. Come on, tops on for the lads!

A variation on the full-topless is the semi-worn t-shirt. Witness the tee draped over the bare shoulder. Or the head through the neck hole and the sleeves hanging free. This is an approach adopted by basic guys who want to look like they’re in an R&B video. My observations suggest that the half-worn garment must be constantly flicked, tugged, swung about and generally fiddled with. Furthermore, I conclude that the wearer believes the perpetual fidgeting suggests an urban, couldn’t-give-a-fuck attitude, rather than transparently affected clownery.

That said, I’m not discounting the possibility that the guys in the half-on, half-off tops have a genuine problem. It could be that they’re just educationally challenged? Medically foolish? Daily Mail readers perhaps? I mean, T-shirts do have four holes in them, if you’ve never read the instruction manual, they could be a little confusing.

Anyway. Not only am I advocating a top of some sort at ALL times, but also a winter-weight blazer with buttons up the back. Presumably the extra aperture is to provide ventilation, to future proof the garment against our furious climate. So when the atmosphere finally catches fire, the Thames runs thick with lava and dogs and cats spontaneously combust, you’ll be able to mitigate the heat by undoing a couple of buttons.

Although I’d always keep mine fully buttoned up. No one calls me a snowflake.