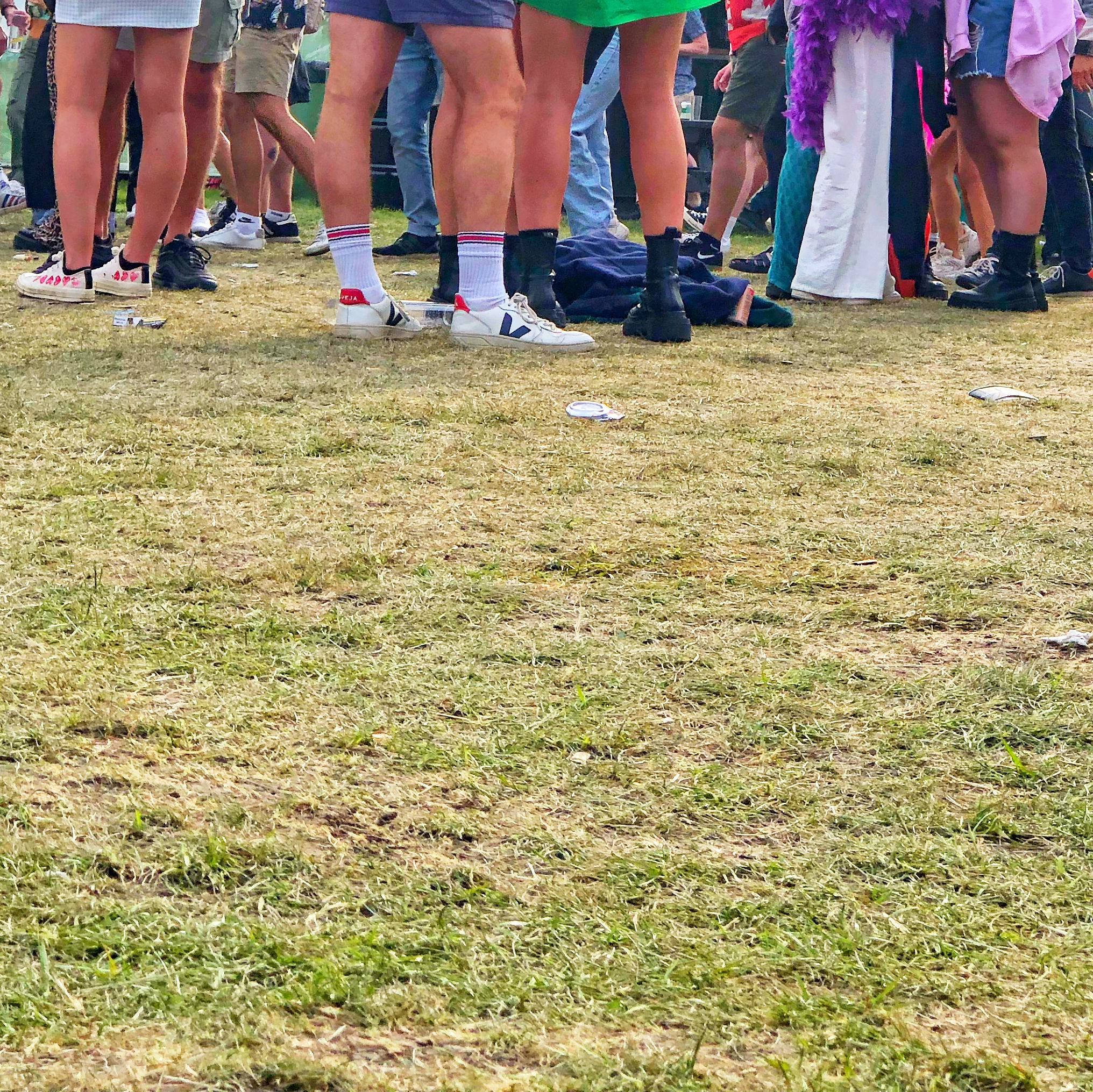 If you became unemployed what is the first thing you’d do? Sign up to some recruitment agencies? Lint roller the old CV? I decided to go to a rave. Or, as they’re now called after their gen-now re-brand, a festival.

I didn’t see much difference. No sooner was I through the turnstile than some urchin in a vest asked me if, “I had any pills?” Perhaps it was my transparent seniority amongst the seemingly adolescent crowd? Or perhaps I just looked like a dealer  — to be fair I have really been enjoying the recent season of Top Boy. Either way, it was the most positive offer of business I’d had in two weeks.

“Nah, sorry mate”, I said feeling ancient, before adding an eye-roll/shrug combination, as if to suggest that it was a damn shame, as I too was gagging for a spoonful of illegal whiz-bangs.

He immediately turned his back.

I still don’t know why I apologised.

Perhaps I should have called him ‘bruv’.

This was Saturday at Gala in Peckham. A festival during Her Majesty’s long bank holiday, designed specifically for people with zero interest in corgis, sycophantic celebrities and armies of uniformed men in impractically tall hats.

The primary interest amongst Gala attendees was evidently the 4/4 beat. Sometimes played at slightly different speeds. Sometimes with different noises in the background. For hours. For 12 long hours.

When I listen to electronica at home (and just to be clear, I am a lifelong enthusiast) I imagine its perfect venue to be a terrifying German basement where the patrons all wear black suits and sunglasses and chain smoke. The DJ hides behind a gimp mask and beneath a swinging strip light, there’s a nauseating art performance featuring a miserable dwarf, a Great Dane and a sizeable pinecone.

In my head this is where electronica belongs. The gothic style of the club at the start of The Hunger, plus the hair-trigger wrongness of Club Rectum in Irreversible. Gala is not that.

Gala is bright and breezy and fun and chatty and friendly and laughy. The joy is almost subjugating. Everyone (who can afford £50) is welcome. I didn’t see one person sobbing in a portaloo. I’m genuinely surprised there wasn’t a creche. Here’s me eating an ice-cream FFS.

Clothes-wise I’d decided to play it safe. Big trousers, loose tee, comfortable jacket. And it worked, up to a point. I was never going to jump about enough to boil in my bags. But it never occurred to me just how little sitting down we’d do.

Gala has five different stages and more acts than anyone’s ears could ingest. I’d only just managed to synchronise my polite nodding with Roman Flugel, before I was yanked away to nod in front of someone less good. One minute there’s a live set by Session Victim, then we’ve got to catch Artwork, then there’s Horse Meat Disco, but that clashes with DJ Tennis… After eight hours of standing and nodding you begin to realise, standing up is actually a lot harder than it looks.

By mid-afternoon my spine and I were no longer on speaking terms. So I grabbed a burrito, found a (comparatively) quiet spot and sat snapping a few pics of the stylish and the style-ish.

That early noughties indiesleaze thing ran pretty rampant. References appeared to be Hot Chip videos and old copies of Super Super, as pattern, graphics and colour fought for a foothold in the attention economy. Many revelers had gone fully Quantel Paintbox. Although, even blinded by this fearsome zoetrope, two clear sartorial tribes stood out. Separated by gender, but also, one might assume, intent.

The standard look for girls featured black cycling shorts, white socks, lo-fi sneakers or loafers and an over-sized sweatshirt or shirt. I’m told this uniform comes rubber-stamped by a Kardashian. I expect it’s comfortable. Either way, you couldn’t avoid this get-up at Gala.

The look for guys that stuck out for me begs the question: when did house music get so buff? It used to be about pallid nasally rascals charging around the M25 building joints on the back of an atlas. Now it seems you need to look like Gaston from Beauty and the Beast. There were times when I felt genuinely fearful that I might be crushed by a tumbling wall of inflated torsos.

The basis of the look is a fluorescent vest and tiny sports shorts. While flip-flops are commonly used to ensure as much gag-inducing male foot is on display. So far so apex-predator. But what I especially enjoyed was the accessorising. You can spot the last-minute tossed-on joke sunglasses, bandanas and beads a mile off. This is the gym bro trying to integrate. The body’s on display to attract the basics, while a bit of indie cos-play might just lead to a tryst with a girl with a nose-ring.

The mating dance of this particular specimen is worth mentioning. Often it’s simply hands in the air peacockery; pushing his palms up and down as though trying to keep an invisible balloon aloft. But when the music dips, he’ll twirl his hands slowly and mysteriously in front of his face  — part Doctor Strange, part masseuse. This is the finishing move, designed specifically to draw prospective mates into his protein-shake and ketamine fuelled world of mysticism.

In my covered up state, I expect these guys were looking at me and wondering ‘who invited the Maître d’ from the Orient Express?’ But as I say, for me, on a very long day dominated by ceaseless percussion and cans of foul lager, it worked.

We walked home. I was still sneering at the gym-body-ravers.

“When did being healthy become so bloody cool?”, I said to my girl.

It was to be a conversation I continued with my chiropractor first thing Monday morning.