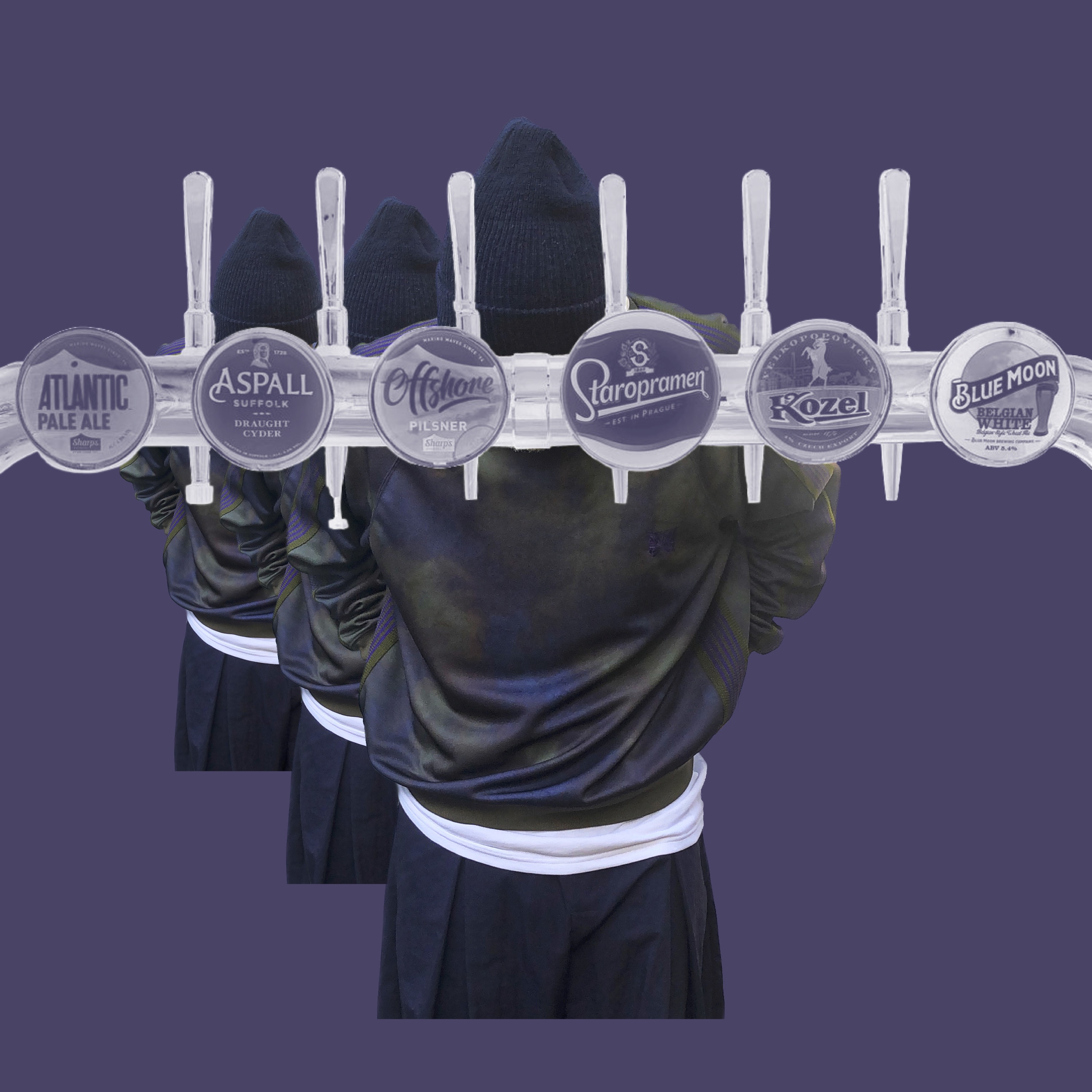 I live in Peckham and over the last few years it has gained a reputation for being ‘trendy’. There are shops that sell vintage Kappa tracksuits next to ones offering cash for gold. There is a Serbian art pop-up. An actor from Coronation Street moonlights as a vintage furniture shopkeep. While all the bread is artisanal and heavy and tastes like clay. Coincidentally there’s also a kiln.

I recently abandoned Peckham for a night ‘back home’ in the Midlands  — old mates, pints and as much battered sausage as my gums could handle.

Now, I don’t want to come off as regional-ist (although I’m certainly about to) but objectively there’s a big cultural difference between the art-house pretensions of Peckham and the more down-to-earth vibes of my destination: the Staffordshire market town of Stone.

If Peckham is veganism, Stone is a carvery. It’s good tattoos vs bad tattoos: yin-yang symbols and manga characters down Peckham way, skulls, wolves, lions, ex-wives and coils of barbed wire in Stone. Personally, I’m not into tattoos of any flavour, but you take my point.

I lived in the Midlands for over 20 years, London almost as long — I speak from experience.

It’s BBC versus ITV. It’s Guardian-reading Remainers, versus angry dudes called Carl dragging around things on chains that don’t so much bark as scream.

I’m not saying one’s better than the other.

Before I ventured Midlands-ways I needed to pick a look, which brings me to the crux of the tale.

There’s plenty of advice out there about how to dress if you’re visiting Paris, or how to pass for a local in LA. But I’ve never read anything that tells you what to wear if you live in a ‘trendy’ south London district and you’re traveling to a town  where the hotspot is a restaurant called: Pasta di Piazza.

When the natives exclusively dress like Love Island characters in calf-length skinnies and giant white sneakers, what’s the best move? Do you dilute your personal style so as not to stand out? Or go nuclear-trouser and let the chips (and kebab meat) fall where they may?

I am more than aware I sound like an appalling snob. But remember, I grew up in the Midlands, I was there until my early 20s. I have been mocked for standing in the drizzle dressed in the Kay’s catalogue Miami Vice collection. I’ve endured honking horns and jeers while waiting for the bus in my Junior Gaultier trousers. I’ve been throttled in a pub for wearing a smiley t-shirt and knocked out in the street because of my leather jeans. I know from experience that wrong geography + wrong look = face-full of fist.

I settled on the fit you see here. The trousers are big (no concessions there). But I did keep the palette pretty sombre  — navy bottoms, navy blazer, navy hat. Of course the sneakers are clearly a statement (read ‘risk’). And I actually headed to Paddington an hour early to hit up Nepenthes and grab the sweatshirt.

As it turned out, the evening was a success. The DJs played diabolical party house, groups of girls fell over in the street and I had to walk a mile to buy a packet of smokes. But no one laughed at my trousers. No one tried to strangle me. In fact no one paid much attention to me at all. It was almost like the locals had more important things to do than feed the vanity of this self-important bellend from Peckham.