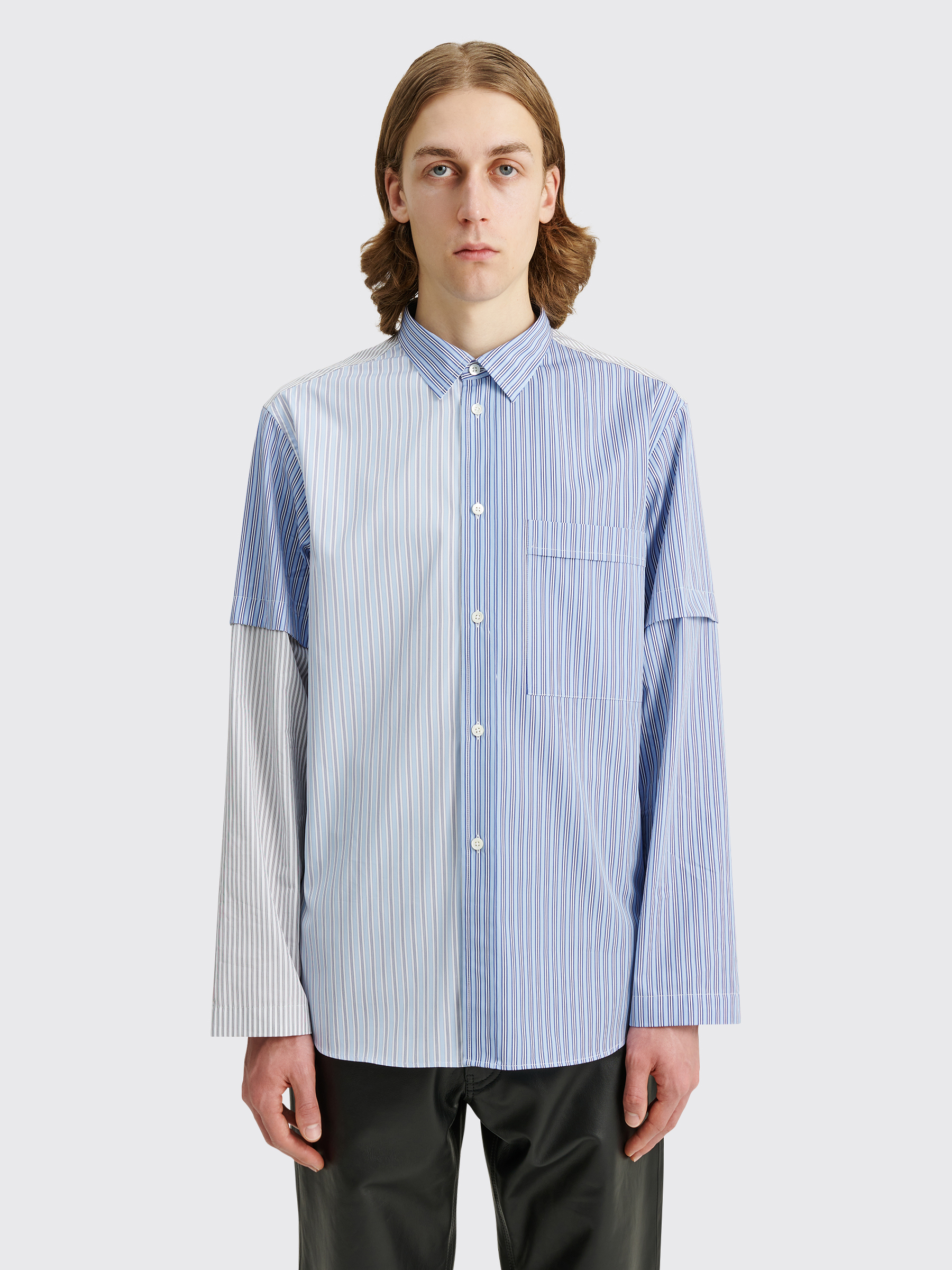 Fashion sometimes seems curiously out of step with, well… fashion.

TikTok is chock-a-block with gurns, grins and giggles. TV is beaming with gardeners, hipsters renovating old tables and chefs whipping up lobster tortellini. On Saturday night celebs learn to tango between guffaws, an army of energetic YouTubers encourage you to hoot through your lunges, while workplaces (newly terrified of appearing anything other than 100% woke) are steadily imprisoned behind the gritted teeth of toxic positivity.

You might think that anyone who uses the phrase ‘living your best life’ is a bell, and of course you’d be correct. But nevertheless it seems happiness is in fashion. Which begs the question, why does the dude above look so fucking miz?

I suppose it’s easy enough to call this guy out for not breaking a smile. Easy, but perhaps not exactly fair.

High-end fashion (and high-middle like our friend in Tres Bien Atelje here) is, after all, rooted in the serious. It’s a solemn business selling shirts like this. It’s multi-layered. It’s artful. It’s opaque. You’re buying into an idea.

In fact, it’s probably wrong of me to simply refer to it as a ‘shirt’ in the first place. I mean, yes it’s got sleeves. But anything sold with such a theatrical grimace can’t simply be what it appears to be. I suspect this ‘shirt’ is attempting to challenge the very idea of being a shirt, via the medium of being a shirt with different fabrics on it. And once you buy into that, you have to conclude that only an idiot would suggest it looks like a copy of a Comme des Garçons SHIRT. Even though it definitely does. It obviously isn’t. Even though it is.

It’s all a bit confusing. But having given it barely any consideration whatsoever, my judgement is: fuck happiness. If I’m going to shell out £215 on a cotton shirt I want the model wearing it to look clinically depressed. Admittedly, this guy does look especially glum. And I’m not really getting ‘rigorous creative intellect’ from his expression. He looks more like a dude who turned his back for a second and discovered someone’s eaten his last Monster Munch. But then we’ve all been there. And I certainly find it more relatable than culture’s current ring fence of pretend glee.