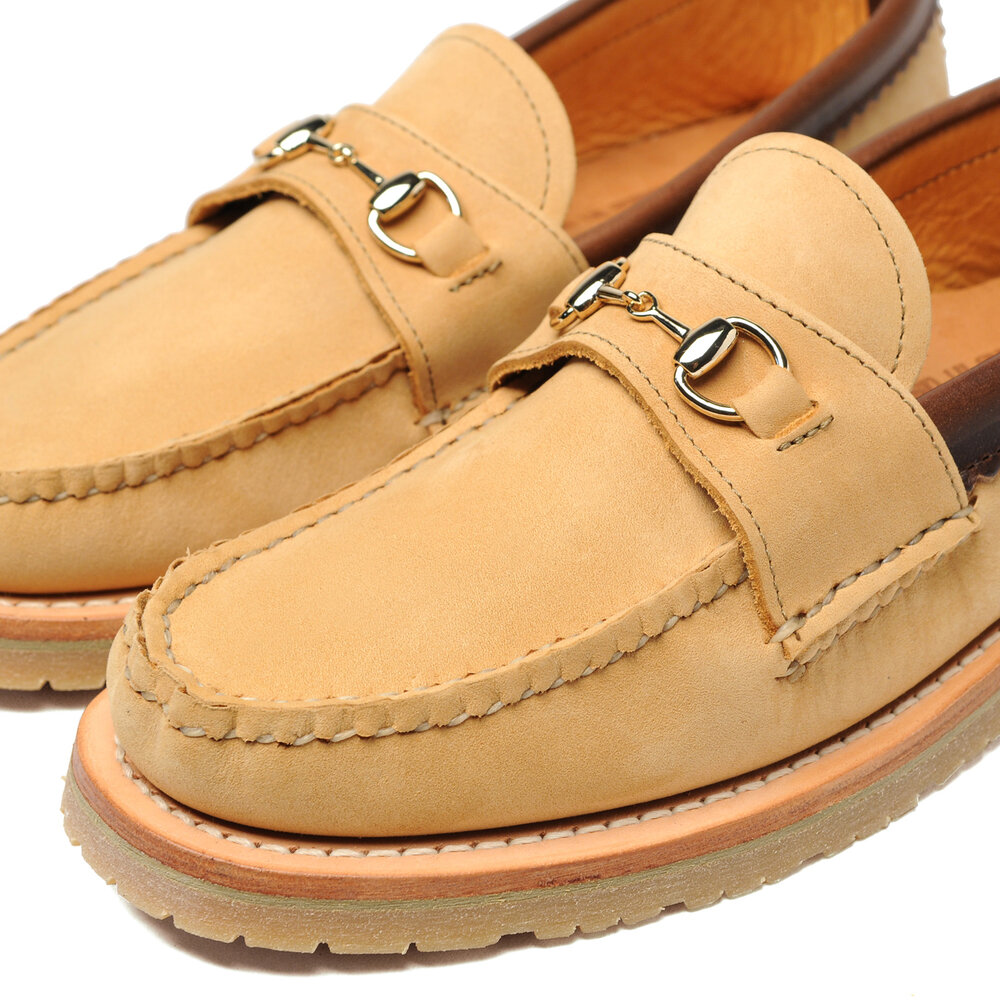 I’ve always found the idea of ‘Bit Loafers’ a little too fabulous. Typically there’s a daintiness to them, a sort of Fancy-Dan-ness: it doesn’t quite chime with my personal brand.

I’m probably not sexy enough to pull them off. Or wealthy enough. Let’s face it, they do tend to crop up on the overly preened, the aggressively tanned and the unnecessarily slim-trousered. From Brompton to Burnley a gold snaffle on your slip-ons screams wonga-alert: check out the indiscriminate spending on him!

Or (depending on your cultural read and/or geographical location) they simply signal a hopeless wannabe. A guy with Gucci tastes but a Boohoo income. I’m fairly sure Frank Butcher used to wear them.

Attempting to cut a path through all this cultural baggage we find these numbers from site favourites Yuketen. Now you’ve certainly seen Yuketen slip-ons over at stockists like The Bureau, but I’ve yet to spot this Bit style so close to home.

Rather than just ape the slender shape of the Italian designer classics, Yuketen‘s main man, Yuki Matsuda, has instead mounted his luxury hardware on a moccasin. So it’s American-made moccasin meets Italian fancy-boy. I don’t know about you, but the jingle-jangle on a more relaxed, clumpy silhouette is kind of working for me. It adds a tiny bit of stealth to the wealth. And because of the heft, I can imagine these could hold their own when teamed with a more voluminous trouser.

As I’ve hopefully inferred, the gold bit loafer is not a look I usually trouble. But these are not your standard Gucci (-esque?) delicates. I think social-climber signalling is side-stepped by the thick nubuck leather, the Goodyear stitching and the business-like Vibram sole. They’re a different beast, for a more thoughtful individual. That said, if you wear them sock-less with five inch shorts you’re on your own brah.