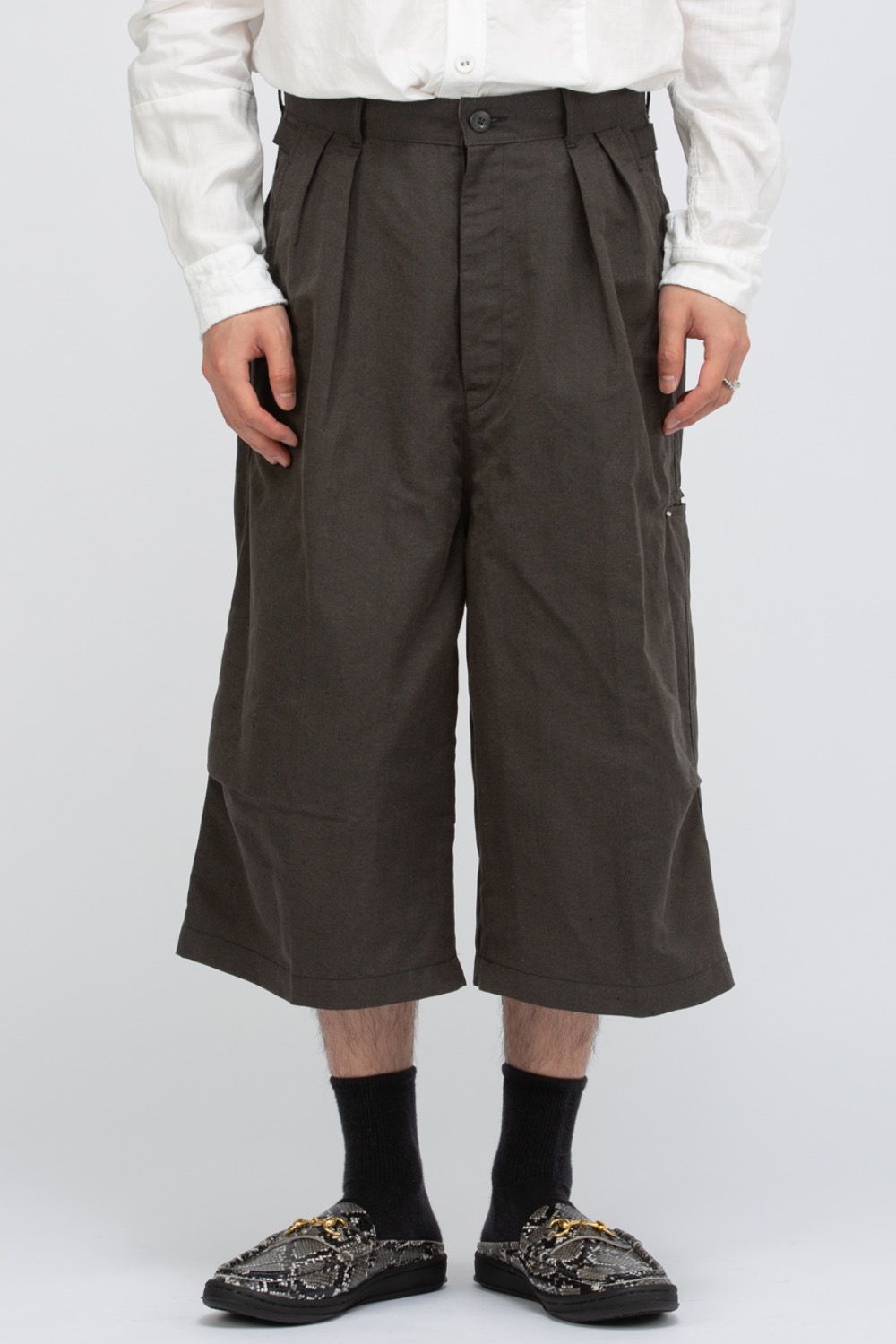 Where do shorts end and trousers begin? I wouldn’t say it’s a question that keeps me up at night. And were it not for these classification botherers from Kapital I dare say I wouldn’t even be considering it.

A glance at the style press would have you believe short-shorts are the thing right now. Dinky and hyper-sexual. Very Armie Hammer in Call Me By Your Name. They’re the sort of thing I imagine your average Nandos-bro would find appealing  — perfectly complimenting a lifestyle of McQueen-style sneakers, gelled side partings and girlfriends in twelve quid Missguided dresses.

But I, and I dare say you, don’t roll that way.

For the less templated male these freak-show trouser-shorts might be of interest.

A quick glance at ‘Physics for Beginners’ suggests that these shorts are long as shorts can be while still actually being allowed to be called ‘shorts’. They look to me like they’ve been designed for the non-committal beach visitor, the kind of guy for whom a light paddle represents sufficient aquatic interaction. A guy, broadly like myself.

But that can’t be it. I can’t imagine that when designing these shorts Kapital head honcho Kiro Hirata, thought wearers would paddle a bit, before changing into some ‘normal’ shorts, or long trousers, before strolling back to the beachfront to buy a Solero. I expect you’re supposed to just wear them. Everywhere. And it’s at this point that I have to come clean. I really don’t think I’m dude-enough for these shorts.

Don’t get me wrong, I’m all about the bigger, longer, baggier short  — my go-tos are a colossal pair by Sasquatchfabrix. But these are next level. I’d look like an extra from Les Misérables (which coincidently is exactly how I’d feel). They sit somewhere between a Billy Smart stooge and a grave-robber. And that nondescript brown colour doesn’t help either. There’s avant-garde, there’s AVANT-GARDE and then there’s these shorts. I think they’d look best in an old 80’s Arena magazine shoot. You know the sort of thing, a super-buff dude with a boxing glove on one hand, a bunch of daffodils in the other and a bee-keepers helmet on his head. In context, preposterously cool. But probably not what you want to wear in a queue for the ice-cream man.