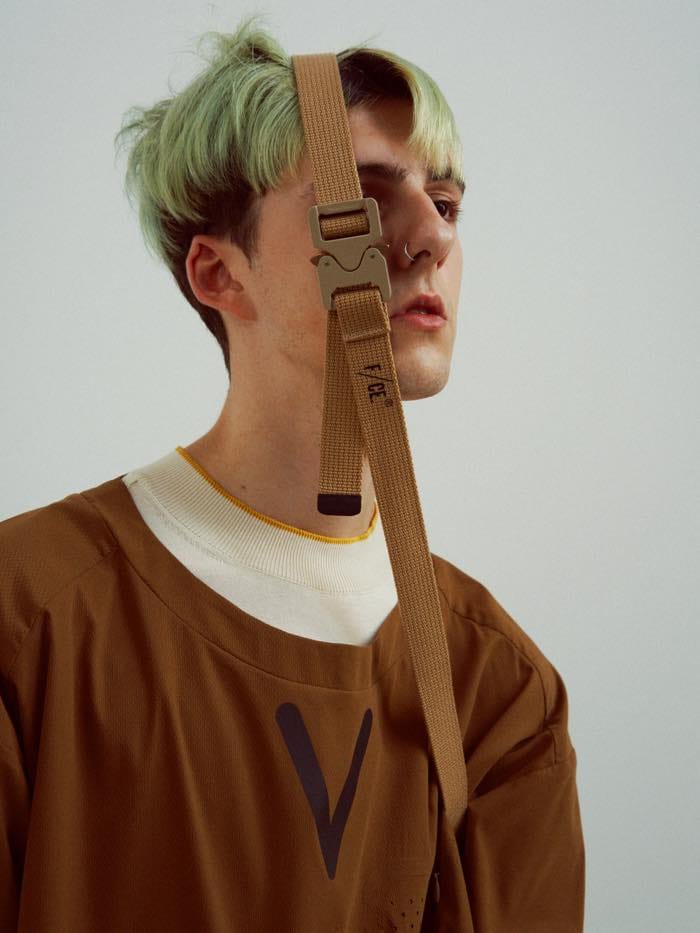 I’ve always thought the art of styling deeply underrated. Just take a look at the image above. When I see a belt I always think of it as a device for holding up a pair of trousers, but now I feel like an idiot. It would never have dawned on me that a belt could also be hung over the head. All these years I’ve been threading my belt around my waist when I could have been wearing it as a face garnish.

My stylistic limitations aside, it’s actually the top I’m interested in today. It’s a tech-heavy crew neck, from Japanese outdoors-likers F/CE, offered in ‘coyote’ (a fancy way of saying brown). You’ll notice the black printed geometrics. And no, I don’t know what they do  — other than look a bit like the decals on the side of an X-Wing.

Apparently the fabric incorporates Solotex for stretch and echos the characteristics of lotus leaf skin. It’s detail like this that give the piece a great narrative (menswear guys love a story) but for me it’s straight-up ‘gorpcore’  — outdoorsy looking gear for people who earn a living making gifs.

The most convenient route to purchase is from Manchester’s, increasingly mighty, This Thing Of Ours.