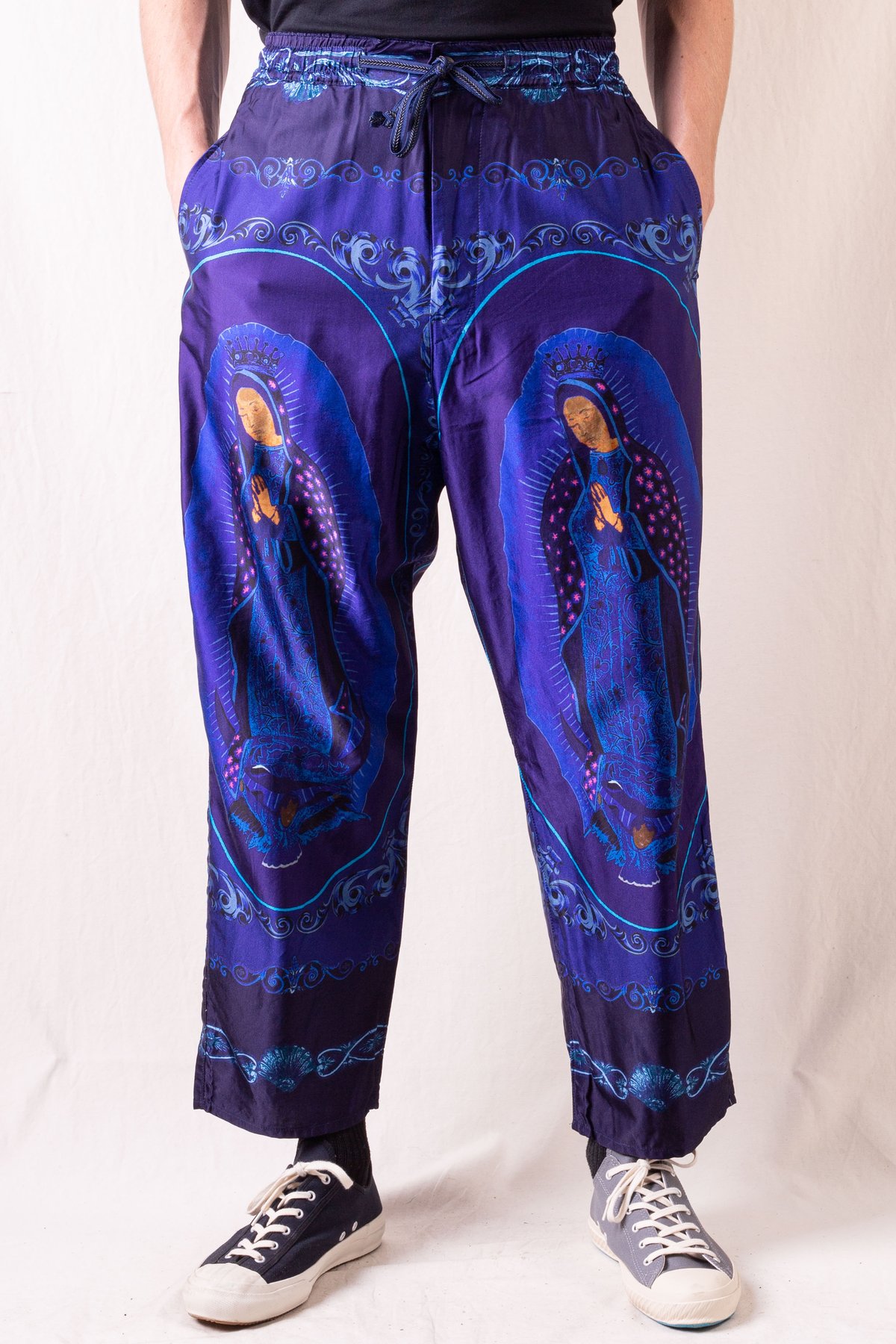 This is not a drill. My NHS app alert is high. It might be very high tomorrow. I don’t know what the tiers mean. Can I catch it from TikTok? Can I eat a packet of Nik Naks in my garden?

And the drizzle… It just won’t stop. I feel like Rutger Hauer at the end of Blade Runner: defeated, miserable and a bit damp, with nothing left to do but accept the inevitable.

Impossible times call for implausible measures. I made up some nonsense about the knitted optimism of a bright yellow roll neck the other day. It was so convincing, that I convinced myself. I bought it. It arrives today.

But I think I need more. More unreasonably exuberant clothing. More stuff I can put on to provide some wall of positivity between myself and the end times.

If you’d told me these absurd trousers were by Versace I would:

But the thing is they’re from Kapital. And while, in absolutely every respect, I don’t like them, because they’re a product of Kiro Hirata and his team, and Kapital is inarguably cool, I think I should.

Having said that, these are not trousers to be worn outside the house. I mean, I’m sure they’re intended to be. But as I’m neither a Christian fundamentalist or a psychopath I consider these exclusively a lockdown garment. But that’s okay. Let’s not forget, it’s inaction stations people! You have the right to do nothing except doze through seven hours of The Queen’s Gambit, followed by four hours of that thing with Russell Tovey on ITV. You might as well liven things up by wearing trousers that could provoke a stigmata.

Loose fitting in cotton rayon and with an elasticated waist, these are about as relaxing as trousers get. Retailer Blue in Green maintain they feature an, “elegant luster (sic) and drape.” Which may be so. But I don’t think it’s the lustre and drape that first catches the eye. Rather it’s the twin Virgin Marys “amen”-ing, just beneath the wearer’s ball-bag. It’s a directional look to be sure. Not one I’ve considered before, but, like I say, these are weird times.

The more I look at these, the more I see them as a physical manifestation of that most impotent of phrases, “thoughts and prayers.” They’d certainly be time saver for politicians. After the next inevitable catastrophe, rather than trot out a speech they clearly don’t believe, they could just stand there solemnly, point at their trousers, and then bugger off for brandy and cake.