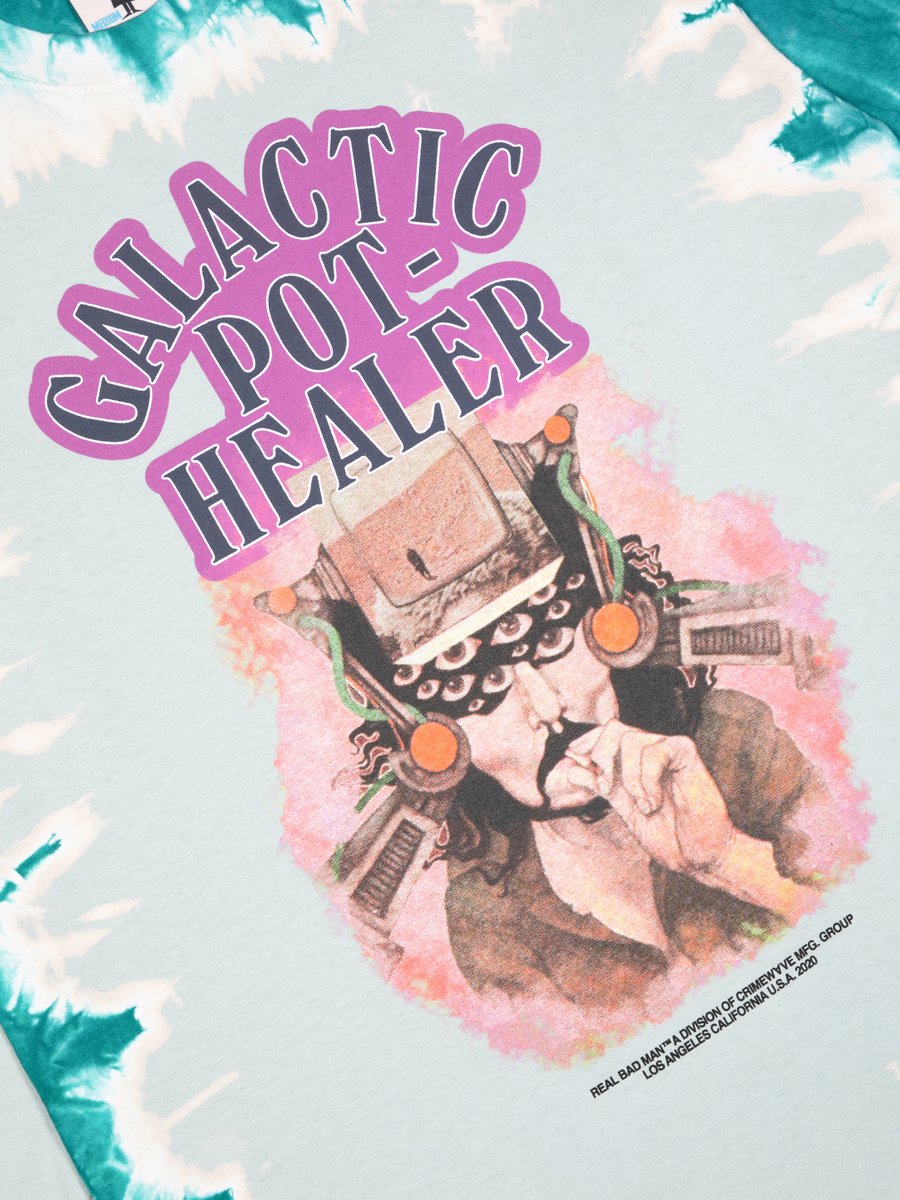 The grand reopening of pubs has proved something of a damp (and evidently contagious) squib. So it’s no surprise that back gardens have become the new nightlife venues. Last night, two houses over, it was a deafening reggae toasting session. Three nights before that, next door choose to host a barbecue; giant plumes of smoke drifted through neighbouring windows to a soundtrack by The Red Hot Chilli Peppers. Fumes I can handle, middle-aged funk-rock I cannot.

I suppose this is what you sign up for when you live in Peckham. Even so, this DIY festival culture is giving my liberalism a knock. I’m starting to feel like a pearl-clutching curtain-twitcher — what are they doing now? Where’s the number for the council?

And this t-shirt doesn’t make me feel any better.

It’s just a bit literal. Don’t get me wrong. I’m all for plundering the past and coaxing it into something new. Story MFG regularly chop and skew 60s motifs into contemporary shapes. LA’s Online Ceramics use hash leaves amongst their chaos of clip art and consumerist satire. And I love all that stuff. But this tee from Real Bad Man leaves me cold.

‘Galactic Pot-Healer’ it says. And there’s a guy in a top hat with a thousand eyes. Wooo… edgy. Obviously it’s a Philip K. Dick novel. But so what? The Dickishness is hammered home with another novel name-check (Do Androids Dream of Electric Sheep?) down the sleeve.

Is it not all just a bit textbook at this point? 60s bongo-brained sci-fi author: check. Reference to weed: check. Tie-dye: check. Mildly unsettling trippy image: check. I’m probably just not Real Bad Man enough. A realisation I believe I can come to terms with.

Imagine though if they’d gone down a different route. What if Real Bad Man had instead produced a t-shirt featuring a boggle-eyed Benny Hill above the legend, ‘Ernie The Fastest Milkman in the West’?  The words, “I like ’em big” could run down the sleeve. At the very least it’d be more unusual.

Hill is of course a contentious figure. Many maintain he was a disgusting sexist simpleton, others (like counter-culture hero Anthony Burgess) thought him “a comic genius”. Just to be clear, I have no desire to wear a Benny Hill t-shirt. It’s just that bigging up weed lost its power to shock a long time ago. If Real Bad Man really want to live up to their name perhaps they should explore the questionable output of 70’s UK comedians.