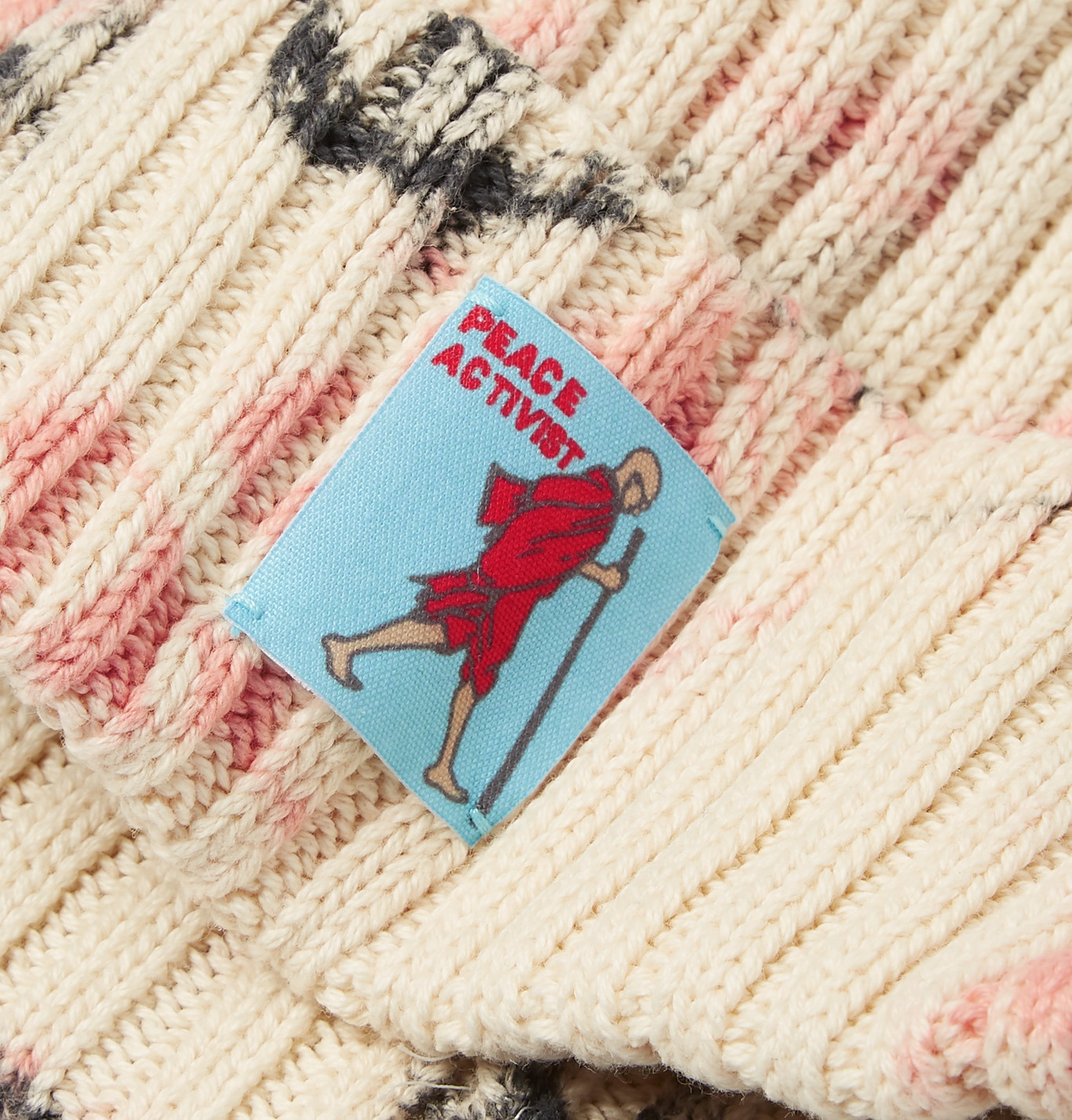 Unconventional, unprecedented, avant-garde: it’s inarguable, the clothing from the Japanese masterminds at Kapital is truly unique. No one does it quite like them. Melting smiley faces, bandana jackets, frantic patch-working and an approach to trousers that’s simultaneously amusing and mildly terrifying.

Head-to-toe Kapital is only for the headstrong. Even in London, it’s rare to spot such a spectacle. For most, it’s far more feasible to wear one piece at a time. A single demented statement, sensibly framed by the more conventional. This tends to be my approach to Kapital. Put simply, I’m never going to wear a pair of leggings with a skeleton bone print. But I would wear this hat, in a very specific way.

For the sake of pedantry and because frankly, we’re all locked up and I’ve nothing better to do, I’m going to check-off precisely what I’d wear with this hat.

Firstly, my Comme des Garçons Homme Deux navy blazer — wrinkly; slightly oversized; have to give the cuffs a turn. Then, worn beneath the blazer, my Engineered Garments, navy nylon cover vest. And beneath that, probably just a plain Comme des Garçons navy tee. Down below, I’d either go with my Needles HD pants in navy, or EG fatigue style pants, again in navy. Socks would either be navy or white, shoes would be my new Yuketen Blucher Rockers in Cardinal Ink: which is basically darkish blue.

Point is, with this hat, my ideal look would be virtually 100% navy. An anonymous swathe of dark, topped with a cream hat featuring a peculiar cartoon of Mahatma Gandhi. Sure it’s a bit Wes Anderson. And yes, the hat’d pop and illicit glances and comments. But I can handle that. A pair of boney trousers that make me look like the baddies in Karate Kid, not so much.