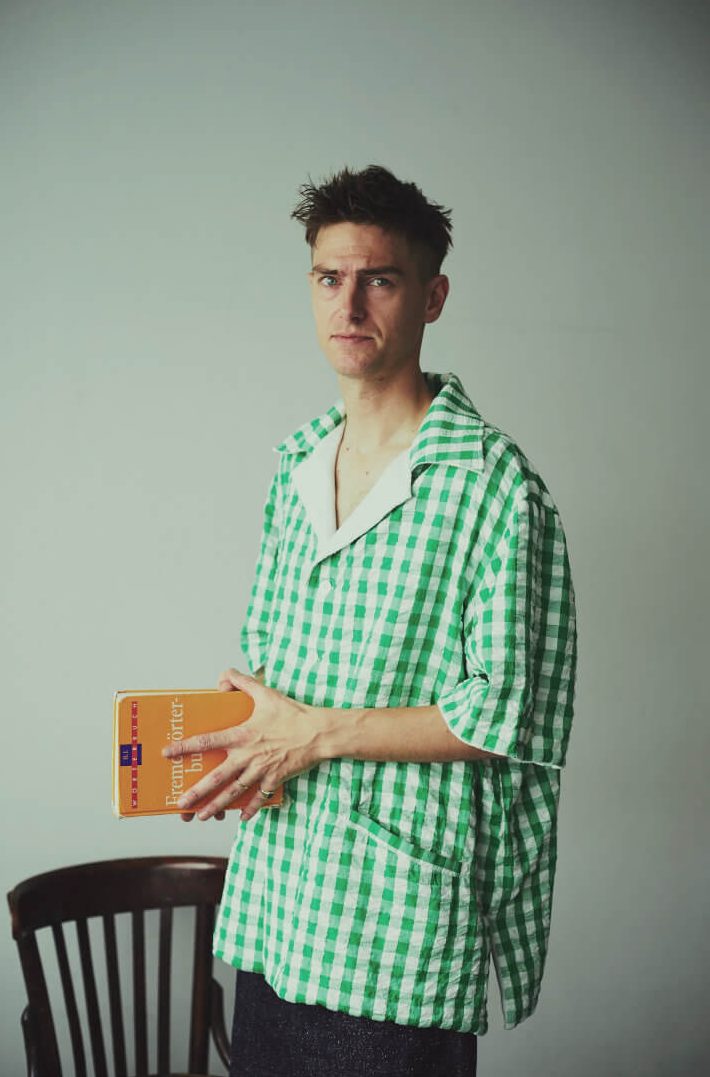 From my lawn I can smell the barbecues. And the portable pizza ovens (this is Peckham after all). Kids howl, footballs sail over fences; the pull of the saw, the fizz of the sander, the clump of the hammer — such is garden-life during lockdown.

I’d rather just sit in the sun and read quietly. But one of my neighbours thinks differently. He prefers to fill his garden (and thus mine) with bush-league club music, streamed via Spotify complete with deafening ad breaks. Perhaps this is just the rich tapestry of diversity you get when you live in London. I prefer to think he’s just a cunt.

I reckon my moments of semi-rural requiescence might be improved by this Naissance shirt. I’m thinking 1970’s sun-lounger, a crisp pair of cotton shorts, a gin and elderflower and a few short stories from The Glue Ponys by Chris Wilson — that’s my peak lifestyle right now. An oversized green gingham shirt would finish that off nicely.

This one is also reversible, with white terry cloth on the flip. So I guess it’d be quite thick, hardly a wispy number for the baking sun. But perhaps perfect for a climate like ours. One that promises heat at 10am, but by 2pm is shitting a gale. You’ve got a camp collar onboard and the whole thing is rendered in poly-cotton. Retailer No Man Walks Alone suggest that it’s got a bit of Goldfinger about it — see the card game at the Fontainebleau hotel — but I think those chunky modern buttons save it from the weary category of Bond film style.

Even with this shirt I’ll still have to wear my headphones in the garden. Feel free to call me a music snob (primarily because I am one) but I can’t knowingly expose myself to boil-in-the-(hand)bag house.

It’s all fine though. I’m a grown up. I can handle it. Unlike it seems the army of buffoons who flocked to the UK’s parks this last weekend. You’ve seen the pictures right? Thousands of laughing people each feeling uniquely entitled and deserving of being a potential drain on the NHS. And now we’re being told to ‘Stay Alert’ by an idiot so un-alert he went round shaking hands with the diseased. Fuck me. As much as I’d rather stitch my ears closed with fishing line than listen to anything by Tiësto, I have to conclude I’m safer in my own garden.