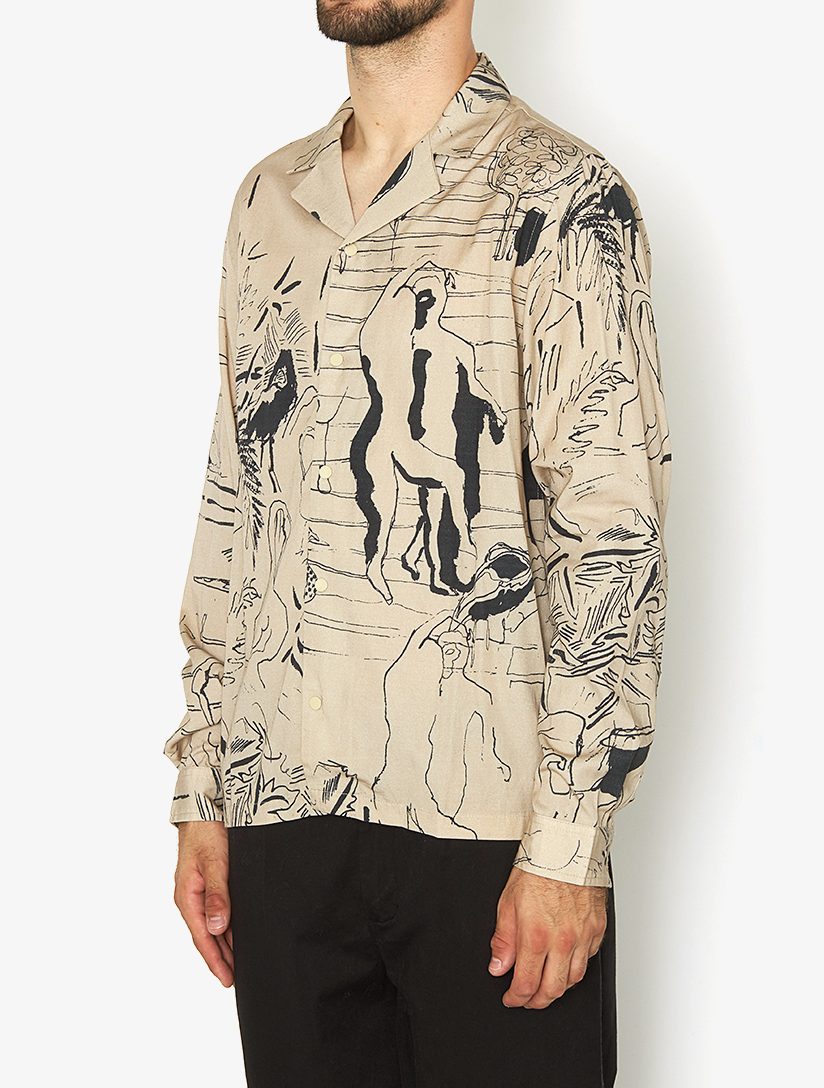 In the early 2000s my wardrobe was full of Folk. Arriving back in London, after five years in San Francisco, I found the city head-to-toe in heritage-wear. Barbour Chelseas everywhere. A few clued-up media types I spoke to were extolling the virtues of Folk, a small casual wear brand who were taking heritage and twisting it up. The details were everything; if your gilet didn’t feature a wonky pocket and some climbing cord, you might as well not leave the house.

I enjoyed Folk clothing for a couple of years. And then I didn’t. Folk seemed to be a gateway drug. Once you’d exhausted the range you’d start looking further afield, for more unusual details, more obscure brands. It didn’t help that Folk became popular. Really popular. And in tandem the collections began to sideline the hippy colourways and the ornamental woven pockets. Soon the range was dominated by straight-up navy separates; multiple variations around the blazer and golfing jacket. It started to feel a little tame. That original Folkness seemed to dissipate and with it my interest in the brand.

It’s been a long while since Folk has appeared on these pages. But this one shirt has, for me at least, turned back time.

The print is by artists Phil and Nick Goss. I haven’t heard of them, but I’m a sucker for this kind of scribbly art. It’s the kind of stuff that inspires me so much that every now and again I reach for the iPad and iPencil, have a go, and then quickly realise that while it looks easy, it’s really fucking not. My girl then asks me what I’m doing and I say “nothing’ and snap the iPad off, as my face starts to steadily redden.

With a regulation boxy fit and lovely matt snap buttons, this shirt just feels right. Great as a lightweight late-summer-holiday over-shirt, also great as a pub throw-on – although I’d probably dress it right down with denim and sneakers, you don’t want it to look like a ‘going out shirt’. I’m even down with the camp collar. Personally I’d wear a tee underneath, my clavicle is not for public consumption.

I’m pleased to see Folk creating head-turning gear again. This almost certainly won’t be their biggest seller (I can’t even find it on their brand site – this one is over at Coverchord) but it helps keep the brand in the conversation. At least the kind of wanky conversations I have.