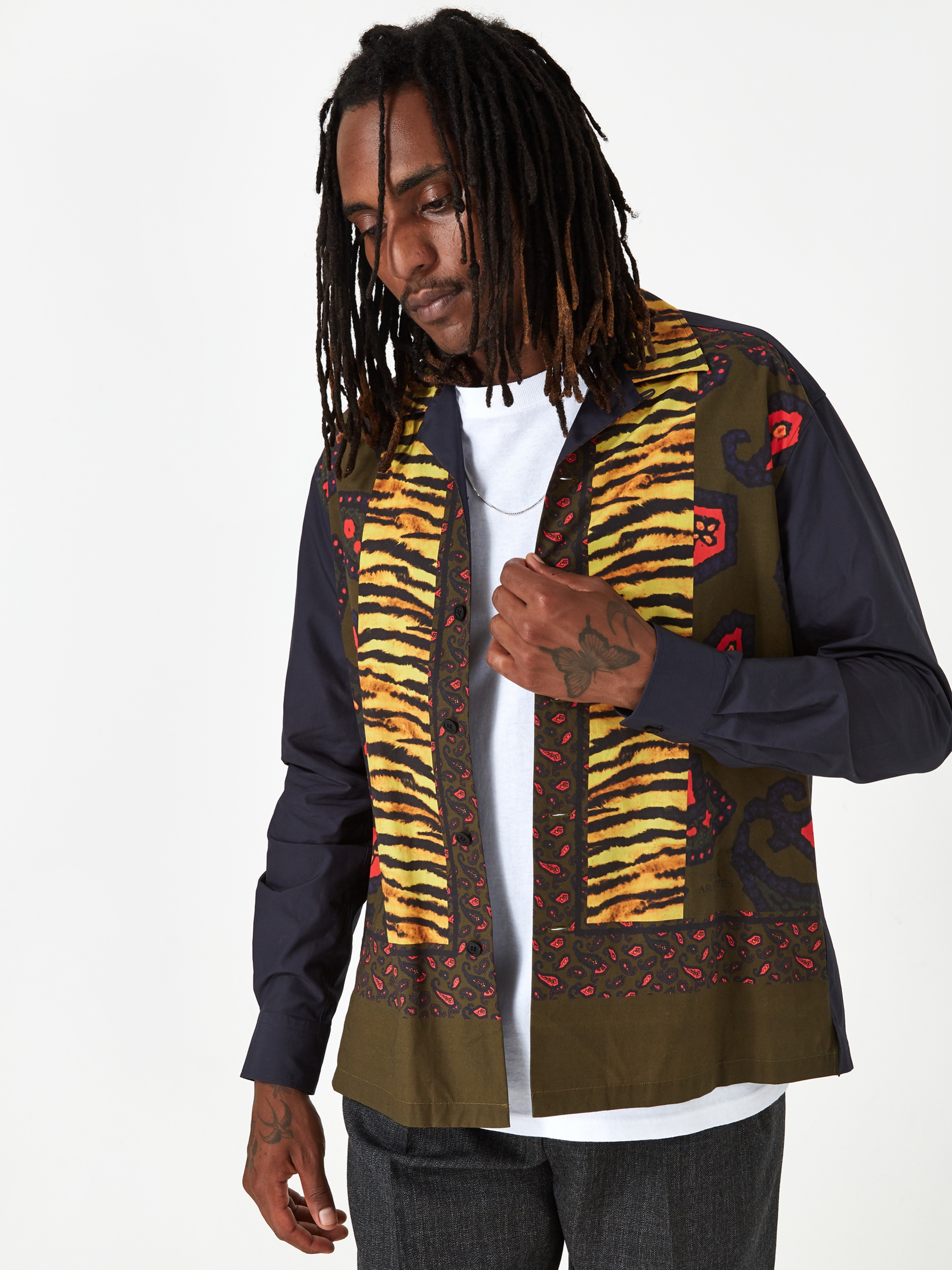 TOGA was founded in 1997 by Yasuko Furuta, the menswear line TOGA VIRILIS followed in 2011. According to a recent interview with Furuta, the brand is for those who are, “curious, liberal, boundary-crossing, independent and flexible.” As someone who considers himself (in varying degrees) all of those things, this should be the brand for me. And it is, save for two small but important details. Firstly, at £228 for a long-sleeved t-shirt, TOGA VIRILIS will take a scythe to the most healthy wallet. £632 for cable knit cardigan? £430 for a pop-over shirt with a polo-collar? This is Dior-level ker-ching. Secondly, TOGA VIRILIS menswear is a toss-everything-in, miscellany of every style, all yelling at once. Giant paisley, animal print, wild-west, embroidery, velour, velvet: it’s all going on. Plus there are chunky silver buckles all over the place. It’s showy, theatrical and camp. Ideal stagewear for an intergalactic troubadour; think Boba Fett playing the Clavicord.

For most, it’s probably too much on two fronts. Too much money. Too much effervescence. But addicts of Keizo Shimizu’s more outré creations for Needles might find TOGA VIRILIS appealing. You should check out the full buy over at Goodhood, but my pick is this panel print cotton shirt.

This shirt seems to encompass many of the brand’s signatures in one piece. Big paisley, little paisley and tiger print: throw in some bright orange, a camp collar and a mercifully plain, navy back and you’ve got a piece that’s clearly insane, but remains, by the slightest fraction, wearable. The dude in the picture up top has got it right; he’s diluting its potency with a simple white tee.

I should point out this thing is £390. An amount even the readers (and the writer) of this site would consider farcical. It might be one for sale time. But then, in three or four months, will it still pack such a punch? Time has a habit of diminishing such things. If you can afford it and insist people can see you from the cheap seats, get involved. This is some of the most lavish madness out there. TOGA VIRILIS is Needles with a recreational amphetamine habit. Or more likely Compound-V. (Shout out fans of The Boys.)