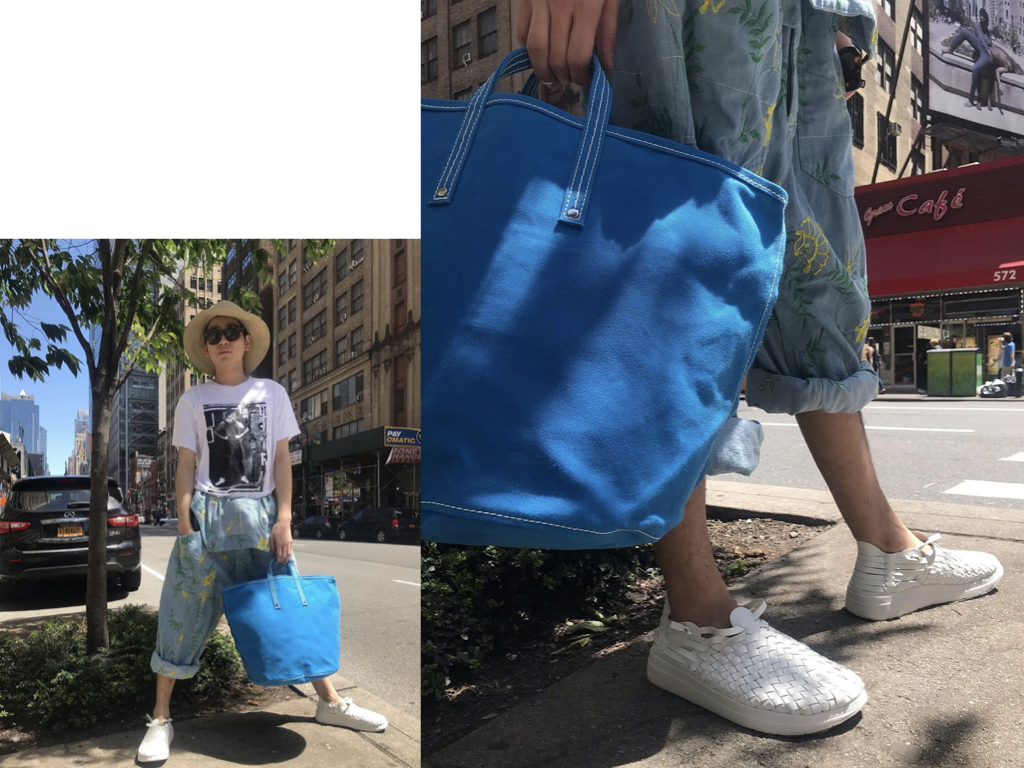 So, I’ve basically clowned myself. I saw the above post on the Nepenthes New York Instagram last night. Edgy tee, giant hat, fantastic embroidered EG dungarees; all to be expected. But I immediately became obsessed with the white Malibus. Surely, I assumed, these all-white ones were a Nepenthes New York rarity? I Googled. Discovered that UK store Working Class Heroes had them. In my size. In the sale. For £80. WTF? I bought them immediately. If I’d only checked one Google result lower, I could have had them for £47.70 at Triads.

Turns out they’re easily available over here. I was Insta-gamed. Unthinkingly seduced by the stylistic preferences of a far away city.

It is interesting that even within the perimeters of the kind of brands and clothing we enjoy on this site, different cities do it differently. There are loads of white Malibus available in the UK because no one wants them. I assumed I was lucky to find them for £80. While it turns out they’ve been discounted for time. The tan, olive, black and navy tend to sell over here, and I guess the Missoni colabs. The white, not so much.

Still, even though I’ve basically fleeced myself by getting all babyman excited and not doing proper research, I’m glad they’re on the way to me. Irrespective of their lack of mainstream desirability in the UK, I think the all-white Malibus are a move this summer. White like a crisp sneaker, but actually a shoe, or I guess, at least very shoeish sandal. They’ll elevate beyond the Superga crowd, while adding a faint modicum of formality. Socks on, rolled wide-leg cotton trousers; a little like a hospital orderly; stunner. The fact that I could have had the exactly the same thing for £30 less if I’d kept a lid on my sartorial hysteria is something we’ll not speak of again.